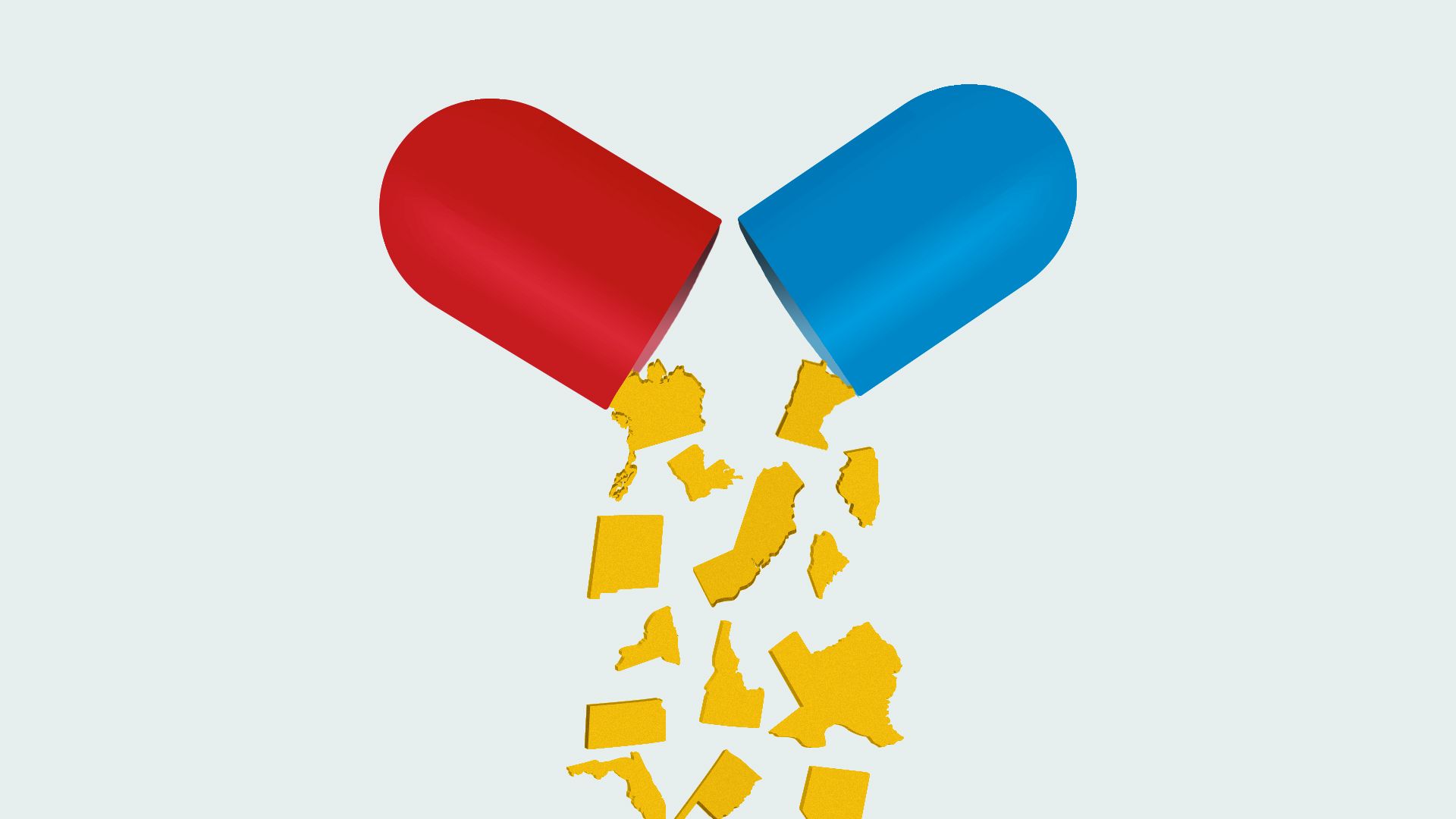 The fact that “Medicare for All” would eliminate Medicaid hasn’t gotten nearly as much attention as its elimination of private insurance. But it’s a move that would largely eliminate states’ role in the health care system.

Why it matters: State Medicaid programs are leaders in experimenting with delivery and payment reforms, efforts to control drug costs, and addressing social causes of ill health, such as poverty and poor housing. All of those projects would still be important in a single-payer world.

How it works: Sen. Bernie Sanders’ bill would move most Americans into its new single-payer system, including people with private insurance but also virtually all of the 73 million people covered by Medicaid and the Children’s Health Insurance Program.

Winners: States would reap huge savings. Medicaid is the single largest item in most state budgets.

Yes, but: The change would all but eliminate states’ role in health care, where they have been leaders not just in providing coverage, but also driving efficiency and testing new models of care.

The bottom line: For advocates of a single national plan, eliminating the patchwork of state Medicaid programs would be progress. For fans of a federal-state balance, it’s a big problem.