Many Americans, even those who don’t pay much attention to investing and the markets, know the name Warren Buffett.

Buffett, of course, is the billionaire philanthropist who created one of the greatest investment fortunes in history. Far fewer, however, know the name of his longtime business partner Charlie Munger.

And that’s a shame, because Munger is at least half the brains behind Berkshire Hathaway BRK.A BRK.B, the holding company he runs with Buffett and which manages billions and billions of investor dollars.

Notably, despite his deal-making prowess, Buffett is a big fan and longtime proponent of low-cost personal investing.

Munger turned 98 on Jan. 1. To celebrate his wit and market wisdom, here is a collection of quips from various interviews and question-and-answer sessions over the years.

Those of you who are about to enter business school, or who are there, I recommend you learn to do it our way. But at least until you’re out of school you have to pretend to do it their way.

If people weren’t so often wrong, we wouldn’t be so rich.

Yeah, I think you would understand any presentation using the word EBITDA, if every time you saw that word you just substituted the phrase “bullsh** earnings.”

On a changing economy

So no, I’m optimistic about life. If I can be optimistic when I’m nearly dead, surely the rest of you can handle a little inflation.

Well, you don’t want to be like the motion picture executive in California. They said the funeral was so large because everybody wanted to make sure he was dead.

I think some people just buy it to keep the stock up. And that, of course, is insane. And immoral. But apart from that, it’s fine.

Munger: Absolutely. That’s the way I got married. My wife lowered her expectations.

On the purpose of money

Sure, there are a lot of things in life way more important than wealth. All that said…some people do get confused. I play golf with a man. He says: “What good is health? You can’t buy money with it.”

The general system for money management requires people to pretend that they can do something that they can’t do, and to pretend to like it when they really don’t. I think that’s a terrible way to spend your life, but it’s very well paid.

Well, I can’t give you a formulaic approach, because I don’t use one. If you want a formula you should go back to graduate school. They’ll give you lots of formulas that won’t work.

As Samuel Johnson said, famously: “I can give you an argument, but I can’t give you an understanding.”

It’s perfectly obvious, at least to me, that to say that derivative accounting in America is a sewer. is an insult to sewage.

Competency is a relative concept. And what a lot of us needed to get ahead was to compete against idiots. And luckily there’s a large supply.

I think the people who are professional traders that go into trading cryptocurrencies, it’s just disgusting. It’s like somebody else is trading turds and you decide, “I can’t be left out.”

Once I asked a man who just left a large investment bank, and I said, “How does your firm make its money?” He said, “Off the top, off the bottom, off both sides, and in the middle.”

And finally, a parting shot

Buffett: There’s two or three in the balcony! 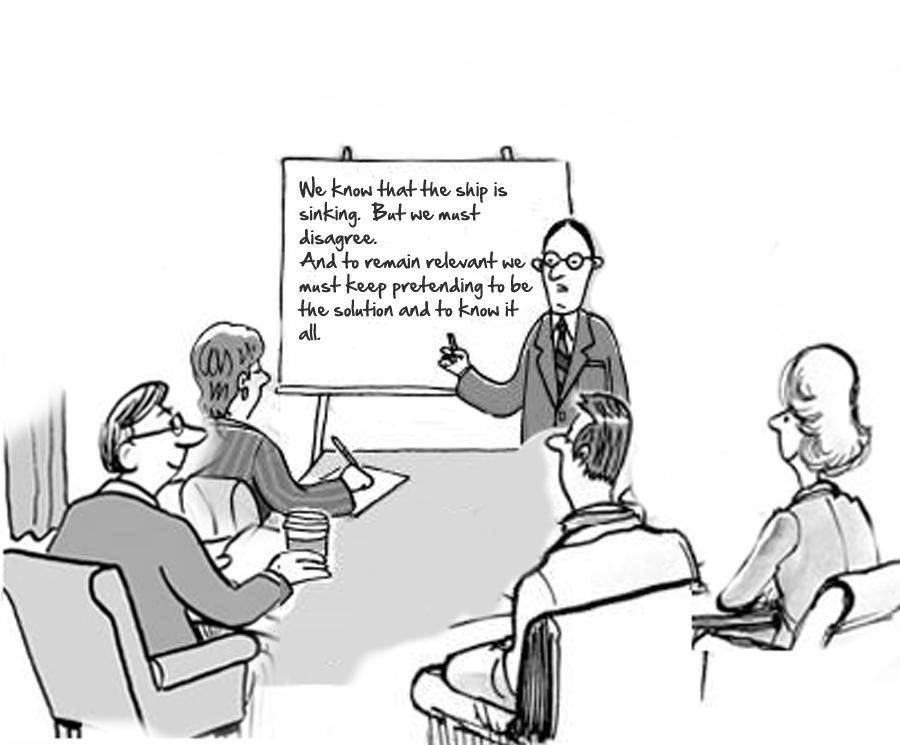