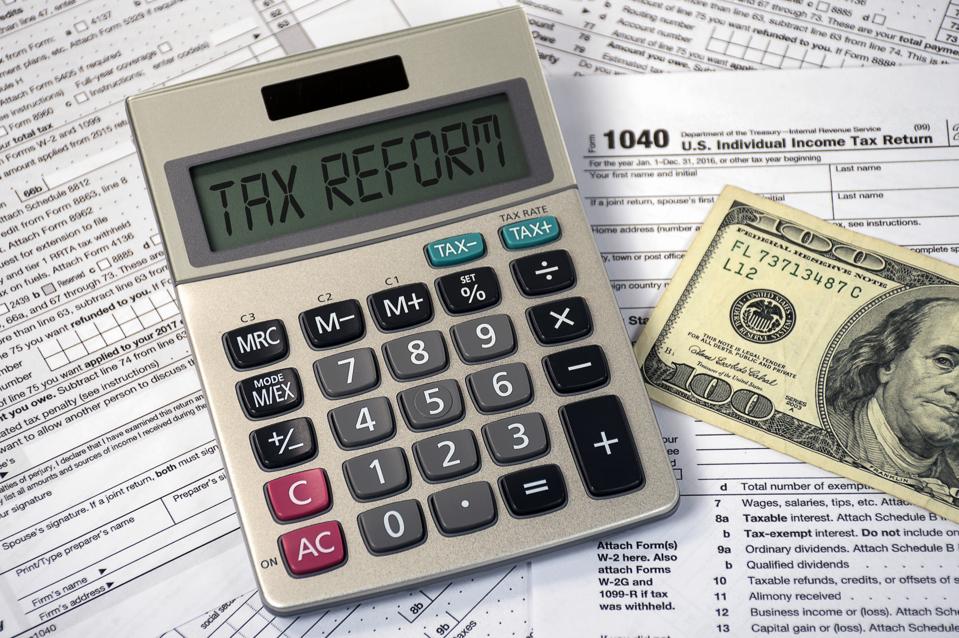 There are 450 dense pages in the legislation recently passed by the U.S. House of Representatives to change the tax code and another 467 in the Senate version. It is sweeping and complex. Most people understandably focus on the new individual rates: will it save or cost them money?

But with both 30-plus years of public finance experience and as a former Congressional aide, I approach this tax code legislation differently. I ask, how might some of the other proposed changes affect the lives of the average American?

While I found many parts of the proposed law are likely to have a pronounced impact, there was one I focused on in particular. Buried deep — on Page 288, Subtitle G, Section 3601, starting on Line 13 to be exact — was a provision eliminating the ability of local community hospitals to borrow money at favorable tax-exempt rates.

It is technical financial stuff; even my eyes glaze over a bit.

But let me break it down for you: Did you spend any time in a hospital this year? Or maybe a family member, friend, or loved one did?

You probably answered yes. I know I did. Almost everyone knows someone who was recently in a hospital. Some are big, internationally known institutions like the Mayo Clinic. Others, such as Baylor University Medical Center, are teaching facilities. Some have religious affiliations — Catholic Health Initiatives is a good example. But most likely the hospital you were thinking about was your local community hospital. There are more than 4,800 community hospitals around the nation. While there are some large ones, most are just small hospitals, like the 25-bed Pawnee Valley Community Hospital in Larned, Kansas, with doctors and nurses working hard to serve rural communities across America.

Nearly 80% of these community hospitals are not-for-profits. That means they operate to provide essential public services — no shareholders, no private owners. Any money they make goes back into the facility and the community.

To keep their facilities and medical services up to date, most not-for-profit hospitals need millions of dollars. To get that kind of money, they need to borrow. Providing this money is a large but surprisingly little known part of Wall Street.  It is called the municipal bond market.

The municipal bond market, all $3.7 trillion of it, is where Wall Street meets Main Street. State and local governments, not-for-profits, and other public-service governmental authorities use this market to borrow money to build bridges, maintain roads, keep tap water flowing, toilets flushing, and a host of other public services we use every day and usually take for granted.

When a municipality, agency or hospital borrows, it sells bonds to investors. A bond is like when you go to the bank to get a mortgage. Just like you promise to repay the mortgage at a certain interest rate, a hospital promises to pay investors both their initial investment (principal) and interest (coupon).

Both investors and borrowers like the municipal bond market for several reasons, but the two main ones are that the municipal bond market is tax-exempt and it lends money for 30 years. Investors buying the bonds don’t pay taxes on the interest they receive. Because tax-exempt interest rates are usually lower than, say, the taxable interest rates that corporations borrow at, not-for-profits like your local community hospital get to borrow at lower rates, saving money that can be used to provide care, buy new technology, or to keep charges down. Savings can total in the millions of dollars.

The implications of this borrowing tax-status change are substantial. Big, well-known companies such as Microsoft or Apple have no problem issuing their taxable bonds to investors around the world. But a small community hospital? It doesn’t have that kind of size or name recognition to attract investors at interest rates that would be as low as the previous tax exempt rates.

With higher rates, potentially at less favorable terms and shorter repayment schedules, many hospitals might find themselves facing budget problems. Increased borrowing costs might mean having to increase charges for services or not having money for necessary medical equipment upgrades. Not only might patients end up paying more, but also it is equally possible insurance coverage, be it private, Medicare, or Medicaid, won’t reimburse for the higher charges. Patients might have to pay a lot more out-of-pocket.

So while others may think they are pocketing more money with the new individual tax rates, keep in mind the implications of other parts of the proposed tax changes.  They may cost you more than you’re saving.