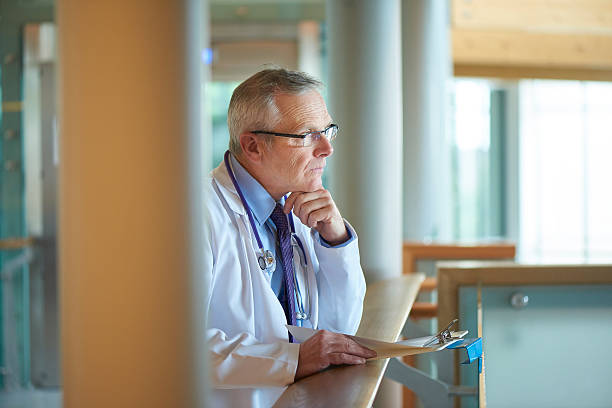 We know it can be hard to persuade physicians to do some things that have proven benefits, such as monitor blood pressure or keep patients on anticoagulants. But it might be even harder to get them to stop doing things.

In May, a systematic review in JAMA Pediatrics looked at the medical literature related to overuse in pediatric care published in 2016. The articles were ranked by the quality of methods; the magnitude of potential harm to patients from overuse; and the potential number of children that might be harmed.

In 2016 alone, studies were published that showed that we still recommend that children consume commercial rehydration drinks (like Pedialyte), which cost more, when their drink of choice would do. We give antidepressants to children too often. We induce deliveries too early, instead of waiting for labor to kick in naturally, which is associated with developmental issues in children born that way. We get X-rays of ankles looking for injuries we almost never find. And although there’s almost no evidence that hydrolyzed formulas do anything to prevent allergic or autoimmune disease, they’re still recommended in many guidelines.

Those researchers had reviewed the literature on overuse in children before, looking at all the studies from a year earlier. They modeled the work on a set of papers in JAMA Internal Medicine that looked at overuse in adults through a review of the literature published in 2015, 2014 and 2013.

Overuse is rampant. And it can harm patients.

By the end of the 20th century, for example, research seemed to indicate that we wanted to keep patients in the intensive care unit in a tight range of blood glucose levels. The evidence base for these recommendations came from observational studies that showed that patients with such tight control seemed less likely to develop adverse outcomes like infections or hyperglycemia, and they seemed more likely to survive.

Researchers tested this recommendation prospectively in a randomized controlled trial in a surgical intensive care unit. The results, published in 2001, appeared to confirm the prior findings, that tight glycemic control saved lives.

The study wasn’t perfect. It wasn’t blinded, for instance, and there were downsides to the recommendations. About 5 percent of those who received the intensive therapy had severe hypoglycemia at least once. The mortality in the control group was higher than what might be expected. Finally, this was a study of mostly post-cardiac surgery patients, and it wasn’t clear how widely the findings could be generalized.

Nevertheless, this was a huge benefit, and given the severity of the population being treated (intensive care patients are usually very, very ill), many experts called for changes in treatment while further research was done.

That larger work was published in 2009. The study randomly assigned more than 6,000 patients admitted to an intensive care unit for more than three days — to either tight or traditional glucose control. This time, there was a significantly higher rate of death in the tight control group (27.5 percent vs. 24.9 percent), as well as a much higher rate of severe hypoglycemia (6.8 percent vs. 0.5 percent). These findings applied to patients over all and to subgroups (like surgical versus medical patients).

In light of this, guidelines changed again. Physicians were asked to stop the widespread tight glycemic control.

From 2001 through 2012, they analyzed data on more than 377,000 admissions to 113 intensive care units in 56 hospitals. Before the first trial was published, in 2001, 17 percent of admissions used tight glycemic control. Beginning in that year, however, there was a slow but steady increase in its use. About 1.7 percent more patients were being treated with recommended practice each quarter.

It’s hard to change behavior, but over time, physicians did. By 2009, the use of tight glycemic control had increased to about 23 percent. Many might have hoped for more, but at least there was progress.

Starting in 2009, however, the reverse was recommended. Doctors were asked to stop. Tight glycemic control was associated not only with higher mortality, but also with more adverse events.

That didn’t happen. From 2009 through 2012, there was no decrease in tight glycemic control. The authors argued that “there is an urgent need to understand and promote the de-adoption of ineffective clinical practices.”

That is, of course, an understatement.

Choosing Wisely, an initiative of the American Board of Internal Medicine Foundation, is entirely focused on the identification of care that physicians routinely recommend but shouldn’t. Almost 600 different tests, procedures or treatments, collected over the last six years, are currently listed on their website. Almost all the recommendations basically say “don’t do” them.

This overuse doesn’t provide a benefit. It can lead to harms. It can also cost a lot of money.

The public shares some culpability. Americans often seem to prefer more care than less. But a lot of it still comes from physicians, and from our inability to stop when the evidence tells us to. Professional organizations and others that issue such guidelines also seem better at telling physicians about new practices than about abandoning old ones.

I asked Daniel Niven, the lead author of the 2015 study, why it’s so hard to persuade doctors to discontinue certain practices. He said physicians have a hard time unlearning what they have learned, even when there’s newer and better science available. He said, “Even if the new contradictory science is accepted, providers often struggle applying this information in their daily clinical practice, not because they don’t want to, but rather, because they work within a system that doesn’t adapt well to changing evidence.”

He also said doctors might need to be more thoughtful about prevention: “We need to take a more cautious approach to technology adoption, and learn from mistakes of early adoption of health care technologies based on little or low-quality clinical evidence. This way we can prevent the need to ‘break up’ with the practice when the high-quality evidence shows that it is ineffective.”

Overuse represents a significant problem. As policymakers look for ways to save money without harming quality in the health care system, reducing overuse seems as if it should be a top option.