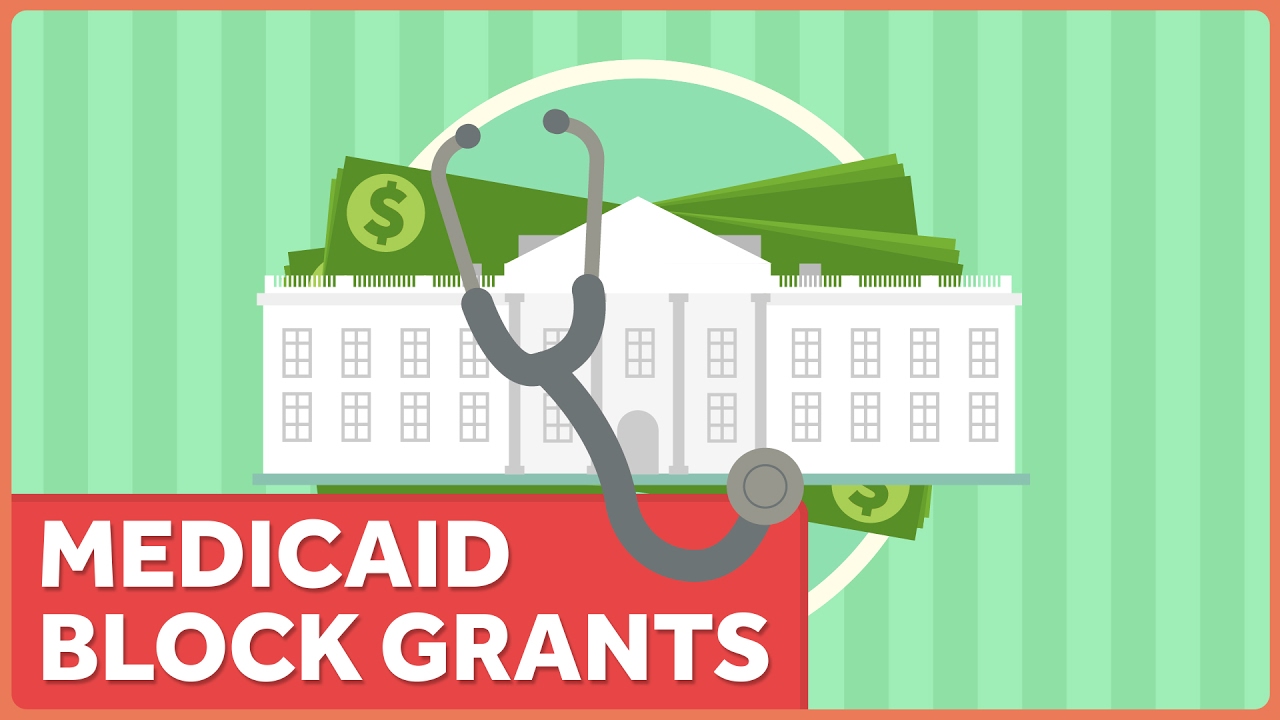 Recent news reports indicate that the Trump administration is seeking to authorize states to convert open-ended federal Medicaid funds into a block grant system, and a formal proposal to do so landed at the Office of Management and Budget on June 4. House Democrats have written to Health and Human Services (HHS) secretary Alex Azar to express their concerns about the legal and policy implications of a block grant system.

Not only are there strong legal arguments against efforts to implement a block grant policy, but block grants would also create challenges for states that chose to implement such a program. These legal and policy concerns are foreseeable. The Centers for Medicare and Medicaid Services (CMS) is not only courting yet another legal battle but also threatening access to important health care services—such as prescription drugs, as discussed below—for many of the most vulnerable patients.

The Medicaid Act provides for unlimited federal matching funds for all state spending under Medicaid’s federal rules. This federal match is required by law and encourages states to implement both Medicaid’s mandatory benefits and its optional benefits, such as prescription drugs. This unlimited federal funding also has been central in helping states respond to economic shocks such as recessions and natural disasters and to unplanned programmatic demands such as public health emergencies or expensive new treatments. Switching Medicaid to a block grant program has been proposed by prior administrations and most recently appeared in different bills during the Affordable Care Act repeal-and-replace debates in 2017, but such proposals have been rejected by Congress.

Despite Congress’s refusal to alter Medicaid in this way, and despite long-standing and clear benefits to states of open-ended entitlement funding, the Trump administration has been inviting states, such as Alaska, to discuss capped spending, and other states are poised to respond to the new policy guidance. For example, Alaska commissioned a study of block grants; Tennessee’s legislature enacted a law commanding the governor to seek a block grant; Utah submitted a waiver application seeking per capita caps for Medicaid spending; and Texas commissioned a block grant study in 2017.

To understand this drastic policy change, a little more background is helpful. Medicaid operates through joint funding by states and the federal government, with the federal government matching states’ spending at a set rate that is informed by the per capita income of a state. A poorer state such as Mississippi has a higher federal match rate (76 percent in 2019) than wealthier states (for example, New York at 50 percent). In either case, for every dollar a state spends on Medicaid, it receives a matching amount of federal funds—without limit—making Medicaid a statutory entitlement for states participating in the program.

The federal match developed out of states’ inability to provide adequate medical support for their poor residents. Although the federal government gave states a kind of block grant (grants in aid) before Medicaid was enacted in 1965, the unlimited federal match that the Medicaid Act provides was designed to increase help for poor people while still allowing states to provide for the needs of their particular populations within a federal statutory baseline.

A block grant scheme would be very different from Medicaid’s statutorily required open-ended funding. Caps on spending could be designed in a number of ways, such as a block grant under which states would receive a limited, pre-budgeted amount of money from the federal government, or a per capita cap, which would pre-determine the amount of money spent per person enrolled in Medicaid. No matter the specific form of spending limitation, the administration’s planned policy is not lawful.

More specifically, the administration would have to grant Section 1115 demonstration waivers to states seeking these limits, because the Medicaid Act does not contemplate such spending limitations. Demonstration waivers can be approved under Section 1115 of the Social Security Act, which gives the secretary of HHS authority to waive Section 1902 of the Medicaid Act if a state’s proposed waiver will further the purposes of Medicaid. The goal of these waivers is to allow states to experiment with certain aspects of the Medicaid program to improve beneficiary coverage or care. Section 1115 does not limit federal spending on demonstration waivers, but since the Carter administration, it has been HHS policy to seek federal budget neutrality in 1115 waivers, although states may spend as much as they like.

At least two statutory problems exist for such waivers in this context. First, Medicaid spells out federal payment within Section 1903, which states that the HHS secretary “shall pay to each State…the [federal match] of the total amount expended…as medical assistance under the State plan….” This language is not waivable under Section 1115, which explicitly permits waivers of Section 1902 but not Section 1903. (HHS can approve more spending than Section 1903 contemplates to match a state’s expansion of Medicaid coverage, but it cannot waive Section 1903.) As a result, HHS cannot cap the Medicaid funds it disburses to states, either per person or programmatically, because it must pay the federal match for the “total amount” of a state’s spending. Even if a state wanted to cap its own Medicaid spending, that would necessitate disenrollment and require waiver of many other Medicaid Act requirements such as sufficient state Medicaid funding, equal coverage of beneficiaries across the state, and adequate payment to providers.

Second, block grants are not “likely to assist in promoting the objectives” of Medicaid, the legal standard for HHS to authorize states’ proposals for demonstration waivers. Medicaid’s statutory purpose is to “furnish medical assistance” to eligible beneficiaries, a phrase that recently has been dissected in the context of HHS’s authorization of several 1115 waivers for Medicaid work requirements. The federal court hearing challenges to the legality of work requirements has interpreted “furnish medical assistance” to mean that Medicaid must pay for care, not simply promote a generalized idea of “health” or decrease cost. Spending caps would certainly decrease enrollment (like work requirements already have in Arkansas) and limit care across all kinds of Medicaid coverage, the opposite of furnishing medical assistance.

Any new CMS policy will likely follow the same pattern as the 2018 State Medicaid Director policy letter authorizing work and other conditions of eligibility. That letter promotes waivers for work requirements under the guise of “health” and cost concerns (although, more generally, CMS has been clear that it disagrees with Medicaid expansion). HHS is likely to offer similar reasoning here, allowing new limitations with a predictable impact on the “undeserving” expansion population.

HHS’s recent losses in the work requirement cases may pose an obstacle to capped spending proposals. A recent US Supreme Court case may also create barriers. In Department of Commerce v. New York, the Court concluded that an agency cannot engage in sham regulatory processes. The Roberts-led majority expressed deep concern about the secretary of commerce’s predetermined goal of adding a citizenship question to the 2020 census, calling the secretary’s reasons for adding the question a “pretext” and “contrived” because the publicly stated reason for adding the question was totally unrelated to the actual rationale.

This kind of mismatch is likely to exist in the block grant context as well. No state would be able to serve the purposes of Medicaid, that is, to furnish medical assistance, through a cap on spending, because no matter the structure, such a cap would foreseeably result in disenrollment. But HHS cannot permit state waiver applications that seek to disenroll beneficiaries, which means that HHS and states may offer pretextual reasons for authorizing block grants.

Even putting aside legal obstacles to a capped spending system, block grants are simply bad policy. Proposals of this kind are predictably harmful to both beneficiaries and to state economic interests. The Congressional Budget Office has recognized that block grants encourage states to take actions that include restricting enrollment for legally eligible beneficiaries, limiting mandatory and optional benefits, decreasing already low reimbursement rates (which may lead providers to abandon the program), a combination of all three, and more. In some cases, states may pursue such restrictions but then face unexpected economic pressures, such as a natural disaster or a recession. For example, Puerto Rico, which already exists under an alternative and limited Medicaid program, has experienced these problems acutely in the wake of terrible hurricane damage to the island.

Take just one example of a foreseeable area in which a state might seek to limit benefits under a capped spending regime: prescription drug coverage. Prescription drugs have always been an optional category of care under the Medicaid program, but all states have chosen to cover them. That choice comes with a set of obligations as well as a set of benefits for states and beneficiaries. States must cover essentially all Food and Drug Administration-approved drugs, so that beneficiaries are able to access medically necessary products. However, because this coverage requirement limits states’ bargaining power with drug manufacturers, state Medicaid programs are legally entitled to preferred pricing benefits. Medicaid programs receive large statutory discounts off the average market prices of the products they purchase, obtain the “best price” among private market payers if that price is lower, and are protected if the price of a drug increases faster than inflation.

Even with these discounts, Medicaid prescription drug spending is projected to grow faster than spending on other health care services, putting steady pressure on limited state budgets. These pressures are likely only to increase, as new drugs are introduced at ever-higher launch prices. Indeed, Novartis has just launched a drug with a list price of $2.1 million, setting a new standard. Even if these drugs represent good value for the price, states will struggle even harder to pay for these products if they are operating within an inherently limited monetary environment.

Capped spending would prompt states to make dangerous choices for patients. Initially, states might try to exclude individual drugs from coverage, if only to increase their bargaining power and obtain greater discounts on particular drugs. Massachusetts recently requested a waiver to do just that, asking CMS to allow it to exclude particular drugs from its Medicaid formulary that have demonstrated little or no evidence of efficacy. Massachusetts was undoubtedly concerned that spending on some of these high-cost, low-value drugs was crowding out valuable spending elsewhere in its Medicaid program.

However, CMS denied Massachusetts’ waiver request. Although CMS did not explain the legal reasoning behind its denial, it did suggest that a state may choose to exclude drugs if it forgoes Medicaid’s statutory discounts. This strategy, though, is unlikely to lead to savings larger than the program was able to obtain already. Only if a state severely restricts the drugs it will cover, and therefore severely restricts patients’ access to care, could cost savings occur.

States could make other choices that are even more harmful to patients. For example, nearly half of states impose limits on the number of prescriptions Medicaid beneficiaries are able to fill at one time. States that do not have such policies might adopt them, and states that have already implemented such limitations might seek to tighten them—even though recent research suggests that such limits may be harmful to patients. An extreme cost-cutting decision would be to drop prescription drugs from coverage, although this likely would not be states’ first choice for constraining Medicaid expenditures.

States already have significant flexibility within the Medicaid program, which always has been state specific. The administration’s desired policy change attempts to bypass the law, raising serious separation of powers concerns. And capped spending would very likely involve disenrollment and other cost-cutting measures that endanger the lives of the most vulnerable patients. Under a capped spending policy, it is foreseeable that states would face cost-cutting choices that harm the health of Medicaid beneficiaries of all kinds and especially those relying on access to care such as the medications necessary to manage chronic diseases and other life-threatening conditions.