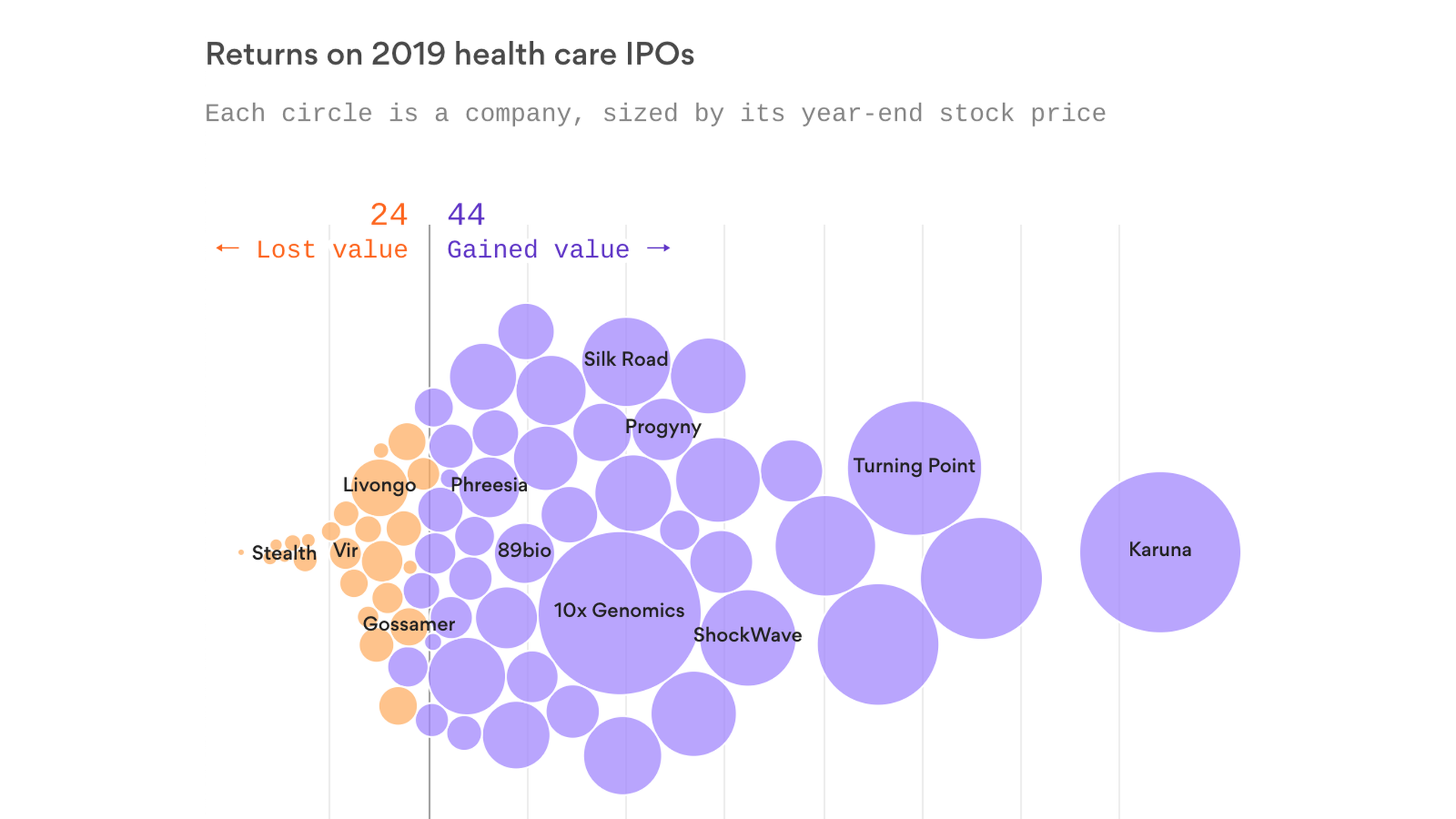 Two-thirds of the 68 health care companies that went public in 2019 traded above their IPO price by the end of year — many of which provided huge initial returns to owners and outside investors, Axios’ Bob Herman reports.

The big picture: The vast majority of health care companies that go public are biotechnology firms. Several of those biotechs in the 2019 class benefited from some promising, but extremely early, clinical trial data.

By the numbers: If you bought an equal amount of shares of every health care company that went public last year and then sold before the calendar flipped, you would have gotten a 47% return on your money.

Losers: SmileDirectClub, which mails teeth-straightening kits, and a handful of biotech startups like Stealth BioTherapeutics saw their stock prices fall by more than half from their IPOs.

The bottom line: Biotech stocks are notoriously fickle. Poor clinical trial data can derail an entire company, and some of these firms inevitably will fail, given the nature of science.

Go deeper: One Medical was one of the first health care IPOs of 2020