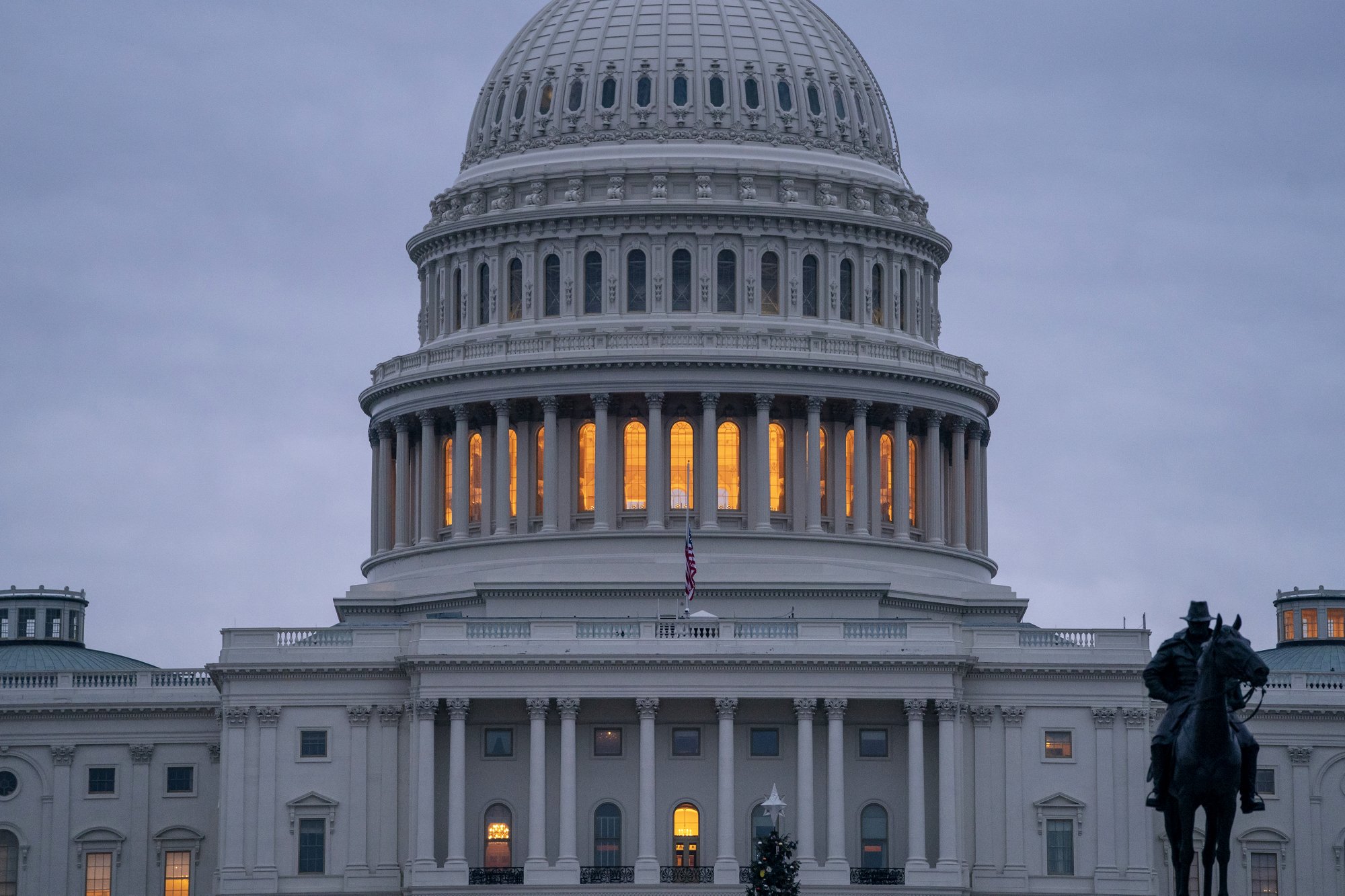 Speaker Nancy Pelosi (D-Calif.) and President Trump have struck a deal on a multibillion-dollar stimulus package aimed at assisting millions of Americans directly hurt by the coronavirus outbreak.

Pelosi announced the deal on Friday evening after days of roller-coaster negotiations that put the outcome in doubt, as the nation’s leaders raced to ease public anxiety and stabilize volatile markets. Trump said on Twitter that he looked forward to signing the legislation.

“I have directed the Secretary of the Treasury and the Secretary of Labor to issue regulations that will provide flexibility so that in no way will Small Businesses be hurt. I encourage all Republicans and Democrats to come together and VOTE YES!” Trump wrote in a series of tweets.

Just hours before the deal was announced, Trump said in a Rose Garden address that he wasn’t on board, suggesting a bipartisan deal was out of reach even as the number of cases in the U.S. approached 2,000.

And even after Pelosi’s announcement, there was widespread confusion across the Capitol about whether Trump had endorsed the package. Several GOP lawmakers said no agreement had been secured, and even House Majority Leader Steny Hoyer (D-Md.) suggested Friday evening that the talks were still in flux.

Yet Treasury Secretary Steven Mnuchin, who has been leading the negotiations with Pelosi, seemed to put the confusion to rest just before 8 p.m. when he told Fox Business that there was, in fact, a deal.

“We have an agreement that reflects what the president talked about in his speech the other night. He’s very focused on making sure that we can deal with the coronavirus,” he said.

The frantic, eleventh-hour talks that brought the sides together highlight the urgency facing leaders from both parties to take aggressive actions to contain the fast-moving virus, for reasons of both public health and national morale.

“As Members of Congress, we have a solemn and urgent responsibility to take strong, serious action to confront and control this crisis and to put Families First and stimulate the economy,” Pelosi wrote in a letter to Democratic members announcing the deal.

The deadly pandemic has roiled the stock market, upended small businesses and large industries alike, and cancelled major sporting and political events around the country. Millions of Americans could lose income — or their jobs entirely — due to mass public closures, work-from-home orders and the economic downturn sure to follow.

The agreement announced Friday aims to ease some of the economic stress by providing financial assistance to those most directly affected by the crisis, including unemployment and paid leave benefits. Perhaps more importantly, the deal aims to calm some of the public trepidation and market turmoil of recent weeks by demonstrating that Washington policymakers can put aside partisan differences and unite quickly behind an emergency response befitting — at least in rhetoric — the severity of the crisis.

On Friday, Pelosi and Mnuchin spoke no fewer than 13 times by phone as they neared an agreement, aides said.

To get there, they had to iron out a small handful of stubborn wrinkles that threatened to sink the entire package — disagreements that were finally resolved late Friday evening.

Republicans, for instance, had insisted on the inclusion of language, known as the Hyde Amendment, explicitly barring the use of federal funds for abortions. Democrats conceded and threw it in.

Republicans also balked at Democrats’ initial paid leave provision, which would have required employers to provide the benefit not only for the coronavirus, but for all future public health emergencies. The final compromise bill removed the permanent language, limiting the benefit to the current outbreak.

In addition, Republicans were concerned about the effects of the paid-leave expansion on small businesses. The final bill provides subsidies to businesses with 500 employees or fewer, Mnuchin said.

“Obviously, we expect the bigger corporations to pick up these costs,” he told Fox.

The deal comes on the heels of an initial $8.3 billion package, signed by Trump last week, that focused largely on the most immediate health concerns surrounding the crisis, including a  boost in the nation’s efforts to locate victims, treat them and stop the spread of the deadly epidemic.

The second round of relief focuses more squarely on mitigating the economic fallout of the coronavirus, giving priority to those most directly affected by the outbreak.

House lawmakers are now set to vote on the bipartisan package late Friday night, before heading home for a 10-day break. The Senate has canceled its recess plans for next week and will take up the House-passed measure then.

The fast-moving events reflect the heightened urgency facing lawmakers as they try to assess the scope of the coronavirus and contain its economic fallout around the country and the world.

Early in the week, House leaders signaled they would pass a Democratic bill on Thursday and then leave town for their pre-scheduled 10-day recess, pushing the bipartisan negotiations to the week of March 23.

But leaders sped up their timeline for talks amid a chaotic 48-hour stretch that saw broad changes in American society.

Trump put sharp restrictions on travel from parts of Europe. The NBA and NHL suspended their seasons. The NCAA nixed March Madness. Disneyland shuttered its doors. Officials closed the U.S. Capitol to the public after a Hill staffer tested positive. One of America’s most beloved actors, Tom Hanks, and his wife Rita Wilson, announced they had tested positive for the virus. And the Dow Jones Industrial Average plunged roughly 15 percent over the course of two days, including Thursday’s 2,300-point drop, which marked its worst day in more than 30 years.

Also on Thursday, lawmakers in both chambers had been briefed behind closed doors by public health experts and other administration officials leading the coronavirus response. Many lawmakers emerged from those meetings exasperated that, weeks after the first case was diagnosed in the U.S., test kits have been slow to be analyzed and the number of cases remains anyone’s guess.

“There’s too many basic numbers that they don’t have,” said a frustrated Rep. Pramila Jayapal (D-Wash.), who represents much of hard-hit Seattle. “Lab capacity. It doesn’t matter how many kits are out there; if you don’t have the lab capacity to process those tests, then it means nothing.”

The crush of calamities put pressure on leaders of both chambers to roll up their sleeves and secure an agreement, prodded by vulnerable lawmakers wary of facing voters in their districts without doing so first.

While House and Senate Republicans had objected to the Democrats’ initial bill, Trump’s support for the revised package is likely to convince many Republicans in both chambers to get on board.

Central to the package are provisions to provide paid sick leave for affected workers; bolster unemployment insurance for those who lose their jobs as a result of the crisis; expand federal food aid for low-income families and children; and ensure free coronavirus testing.

Pelosi said Friday that it’s the last provision that’s the most crucial.

“We can only defeat this outbreak if we have an accurate determination of its scale and scope, so that we can pursue the precise, science-based response that is necessary,” she said.