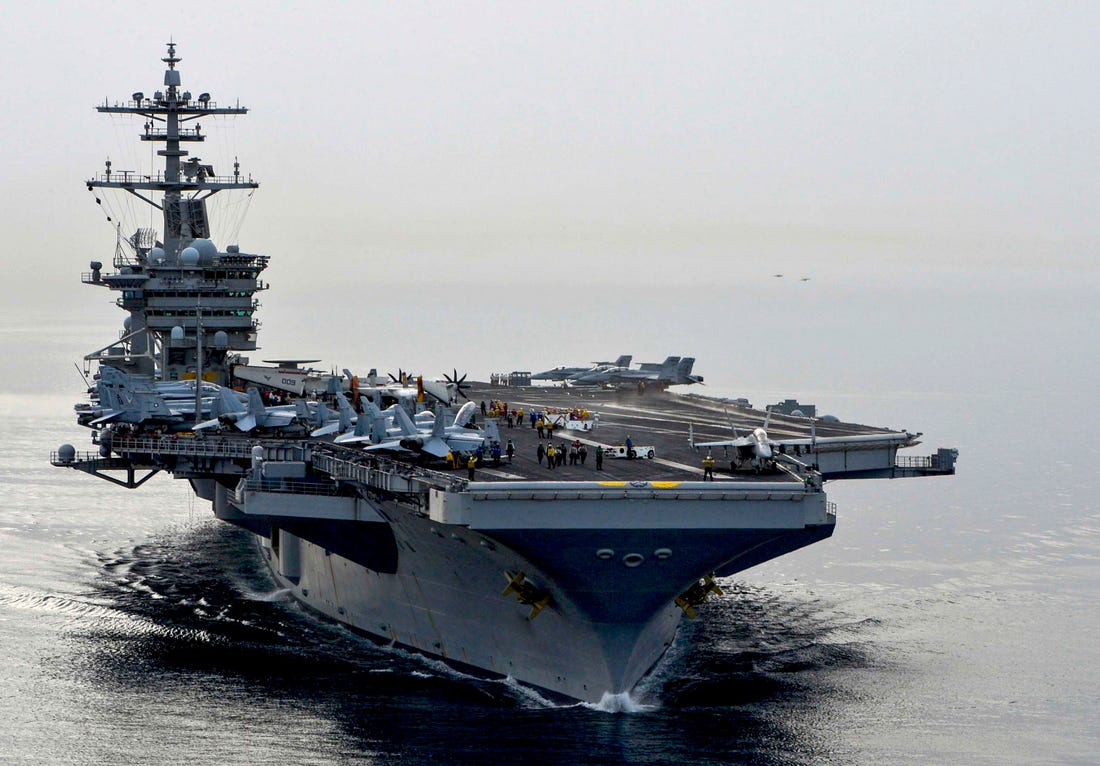 The US Navy has evacuated the majority of the aircraft carrier USS Theodore Roosevelt, aboard which hundreds of sailors have tested positive for the coronavirus.

In an update Sunday, the Navy revealed that 585 sailors have tested positive, and 3,967 sailors have been moved ashore in Guam, where the carrier is in port. Now, over 80 percent of the ship’s roughly 4,800 crew, staff and squadrons are off the ship, which deployed in January. Some of the crew has to stay aboard to guard the ship and to maintain its two nuclear reactors.

Sailors evacuated from the ship are put in isolation for 14 days in local hotels and other available facilities. At least one USS Theodore Roosevelt sailor who tested positive has been hospitalized.

The first three coronavirus cases aboard the USS Theodore Roosevelt were announced on March 24.

On April 2, the day he fired the aircraft carrier’s commanding officer, then-acting Navy Secretary Thomas Modly said that there were 114 cases on the ship, adding that he expected that number to rise. “I can tell you with great certainty there’s going to be more. It will probably be in the hundreds,” he told reporters at the Pentagon.

His prediction turned out to be accurate.

On March 30, Capt. Brett Crozier, then the USS Theodore Roosevelt’s commanding officer, wrote a letter warning that “the spread of the disease is ongoing and accelerating.” In his plea, he called on the Navy to take decisive action and evacuate the overwhelming majority of the crew.

Crozier was relieved of his command after the letter leaked to the media.

Modly, who flew out to the carrier at a cost of $243,000 to taxpayers, bashed the captain to the crew after firing him. He apologized and then later resigned.

Speaking to CNN Friday, Vice Adm. Bill Merz, the commander of 7th Fleet, revealed that some sailors are “upset” and “struggling.”

Having personally visited the USS Theodore Roosevelt, he said that “there was lots of anxiety about the virus,” adding that “as you can imagine, the morale covers the spectrum, considering what they have been through.”

The coronavirus has created a lot of unexpected challenges for not just the Navy, but the military overall.

“What we have to do is we have to figure out how to plan for operations in these kind of COVID environments,” Vice Chairman of the Joint Chiefs of Staff Gen. John Hyten said Thursday. “This’ll be a new way of doing business that we have to focus in on, and we’re adjusting to that new world as we speak today.”