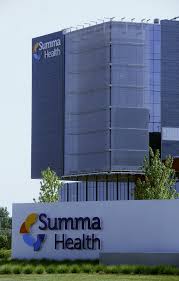 Southfield, Mich.-based Beaumont Health announced May 29 that it is calling off a proposed merger with Akron, Ohio-based Summa Health.

The health systems are ending talks about five months after signing a definitive agreement, under which Summa Health would have become a subsidiary of Beaumont. The health systems announced in April that they were delaying the deal due to the COVID-19 pandemic.

“The organizations are now finalizing details and next steps to end the planned partnership,” reads a joint statement from Beaumont and Summa. “Throughout this process, each of the organizations has continued to operate independently, and each will continue to focus on providing exceptional health care services for their respective markets.”

The proposed deal, which had already received all necessary regulatory approvals, would have created a nonprofit system with 12 hospitals and $6.1 billion in annual revenue.

Beaumont and Summa’s announcement comes just three days after four Chicago hospitals called off their plans to merge. Several other deals have been canceled or delayed since Jan. 1.