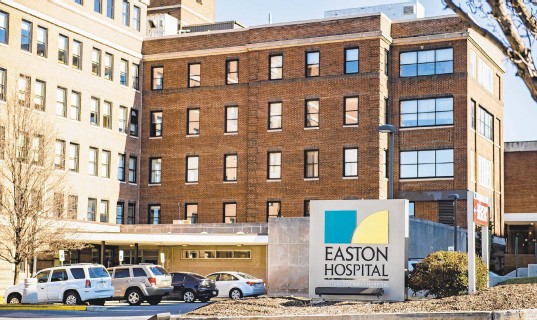 Dallas-based Steward Health Care has signed a letter of intent to sell Easton (Pa.) Hospital to a local healthcare system, a source familiar with the agreement told The Morning Call.

The document reviewed by the publication suggest that St. Luke’s University Health Network is the likely buyer. Both Steward and St. Luke’s declined to comment.

The takeover bids came after Steward said it would cut services to improve the system’s finances.

Easton Hospital has struggled to compete with both St. Luke’s and Lehigh Valley Health for the last five years, according to the report.

On Feb. 12, Steward sent a warning letter to the Lehigh Valley Health to stop recruiting physicians from Easton Hospital, saying they are contractually banned from working at a competing system. This suggests that St. Luke’s bid may have been approved over Lehigh Valley Health, according to the report.

Though volume of deals has ebbed and flowed, hospital M&A overall has steadily increased over the past decade. The hospital sector in 2018 saw 90 deals, according to consultancy Kaufman Hall, up 80% from just 50 such transactions in 2009.

Thursday’s study analyzed CMS data on hospital quality and Medicare claims from 2007 through 2016 and data on hospital M&A from 2009 to 2013 to look at hospital performance before and after acquisition, compared with a control group that didn’t see a change in ownership.

“Using data collected from patients to make claims about quality fails to recognize that it is often incomplete, as patients are not required to and do not always respond comprehensively,” Hatton told Healthcare Dive in a statement. “The survey does not capture information on the critical aspects of care as it is delivered today.”

The results contradict a widely decried AHA-funded study last year conducted by Charles River Associates that found consolidation improves quality and lowers revenue per admission in the first year prior to integration. The research came quickly under fire by academics and patient advocates over potential cherrypicked results.

A spate of previous studies found hospital tie-ups raise the price tag of care on payers and patients. Congressional advisory group MedPAC found both vertical and horizontal provider consolidation are correlated with higher healthcare costs, the brunt of which is often borne by consumers in the form of higher premiums and out-of-pocket costs.

A 2018 study published in the Quarterly Journal of Economics found prices rose 6% after hospitals were acquired, partially due to limiting market competition. Groups like the left-leaning Center for American Progress have called for increased scrutiny from antitrust regulators as a result, but — despite snowballing M&A — there’s been little change in antitrust regulation since the 1980s. The Federal Trade Commission won several challenges to hospital consolidation in the 2010s, but the agency only contests 2% to 3% of mergers annually, according to MedPAC analysts.

Providers, like most actors across the healthcare ecosystem, are increasingly under fire for high prices and predatory billing practices. President Donald Trump’s administration finalized a rule late last year that would force hospitals to reveal secret negotiated rates with insurers, relying on the assumption that transparency would shame both actors into lowering prices.

A cadre of provider groups led by the AHA sued HHS over the regulation, arguing it violates the First Amendment and would place undue burden on hospitals, while potentially stifling competition. The lawsuit is currently being reviewed by the U.S. District Court for the District of Columbia.

Hospital consolidation has become a major point of concern for policymakers, antitrust regulators and patient advocacy groups. A slew of prior studies have found unchecked provider M&A contributes to higher healthcare costs, with the brunt often borne by consumers in the form of higher premiums and out-of-pocket costs.

Since 2003, the number of “super-concentrated” markets has increased from 47% to 57%, according to the MedPAC analysis of CMS and American Hospital Association data. Those markets, with a high amount of consolidation, rarely see new providers enter, which stifles competition, and are rarely reviewed by the government.

There’s been little change in antitrust regulation since the 1980s and, though the Federal Trade Commission has won several challenges to hospital consolidation in the 2010s, the agency only challenges 2% to 3% of mergers annually.

Committee members called for more analysis of how macro trends like an aging population and federal policy could be driving consolidation and impacting prices, leading some to call for a revamp of the hospital payment framework itself.

MedPAC also looked at vertical integration, where hospitals snap up physicians practices downstream. According to the Physician Advocacy Institute, only 26% of physician practices were owned by hospitals in 2012, but by last year that number had spiked to 44%.

Since 2012, billing has shifted from physician offices to hospital outpatient departments, especially in specialty practices. In chemotherapy administration, for example, physician offices saw almost 17% less volume between 2012 and 2018, while outpatient centers saw a 53% increase in volume, according to MedPAC.

Physicians in hospital-owned practices also refer more patients to the hospital’s facilities and, despite a common stumping point that integration improves quality through care coordination, its effect on quality is “ambiguous,” MedPAC analyst Dan Zabinski said Thursday at the committee’s November meeting.

Despite the mountain of evidence, the AHA published a widely-decried study in September claiming acquired hospitals see a reduction in operating expenses and a statistically significant drop in readmission and mortality rates. The study was criticized for not using actual claims data in its analysis among other methodological and conflict of interest concerns.

Republican leaders in the House Energy and Commerce Committee asked MedPAC to study provider consolidation in August, and the body’s full findings will be included in its March report to Congress.​

M&A activity continued to thrive among insurers and providers in 2019.

As was the case in 2018, the healthcare industry saw several megamergers occur in 2019.

Healthcare leaders pointed to industry consolidation as the year’s top priority, according to a Definitive Healthcare survey, with different reasons for pursuing mergers.

Providers sought to achieve scale in order to address staffing shortages while insurers looked to respond to the increasing influence of consumerism in healthcare.

While some mergers fell through, many organizations announced or finalized deals during the course of the year.

Below are six major healthcare mergers that were announced or completed in 2019.

The merger originally received approval from the Department of Justice in October 2018 but was subject to questions and criticisms by numerous stakeholders.

The deal was marked by scrutiny over vertical mergers, with Leon noting that his approval shouldn’t be seen as a rubber stamp.

Centene Corp. announced a $17.3 billion merger with WellCare Health Plans in March, a move seen as doubling down on the marketplaces established by the Affordable Care Act.

The merged company will be based in St. Louis and encompass 22 million members, $97 billion in revenues, and $5 billion in EBITDA for 2019.

The pending transaction has already received regulatory approval from 25 states.

Earlier this month, Centene agreed to sell its subsidiary IlliniCare Health to CVS Health, including its Medicaid and Medicare Advantage plans in Illinois.

Renamed as “CommonSpirit,” the Chicago–based health system has a footprint in 21 states, with more than 700 care sites and 142 hospitals.

In November, the system released its Q1 2020 financials highlighted by $7.1 billion in revenues and a net loss of $227 million.

As part of the proposed deal, Tufts CEO Tom Croswell would serve as CEO of the merged company while Harvard Pilgrim CEO Michael Carson would serve as president.

The two Massachusetts-based insurers told The Boston Globe earlier this month that the merger would benefit consumers with more affordable health coverage.

The two Michigan-based healthcare organizations, which announced plans to merge in late August, plan to complete the deal by the end of 2019.

As part of the merger, the two Michigan-based healthcare organizations will also be establishing a $25 million foundation to improve health outcomes in Detroit.

Both organizations will maintain their locations and local leadership as part of the deal. 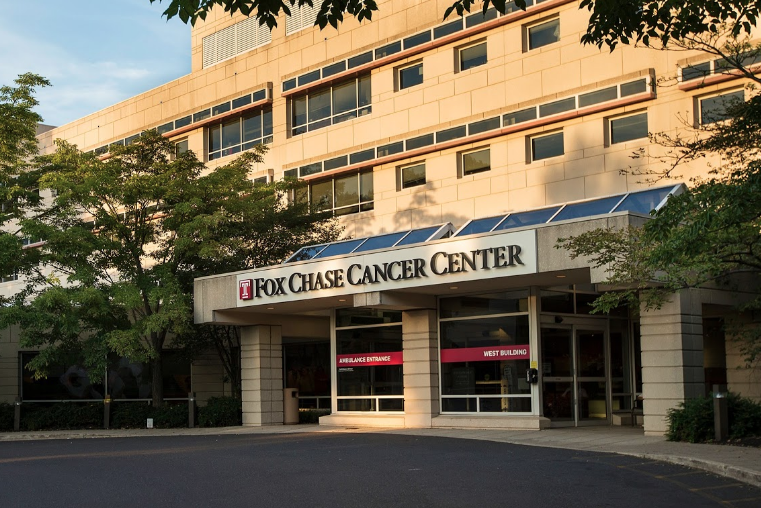 The announcement comes after nearly a year of negotiations. Temple expects to complete the sale of the cancer center and bone marrow transplant program in the spring of 2020.

Temple also entered into an agreement to sell its membership interest in Health Partners Plan, a Philadelphia-based managed care program, to Jefferson. A closing date for the transaction has not yet been determined.

With the agreements in place, Temple and Jefferson are looking for other ways to collaborate. The two organizations are exploring a broad affiliation that would help them address social determinants of health, enhance education for students at both universities, collaborate on healthcare innovation, and implement a long-term oncology agreement that would expand access to resources for Temple residents, fellows and students.

“Healthcare is on the cusp of a revolution and it will require creative partnerships to have Philadelphia be a center of that transformation,” Stephen Klasko, MD, president of Thomas Jefferson University and CEO of Jefferson Health, said in a news release. “For Jefferson, our relationship with Temple will accelerate our mission of improving lives and reimagining health care and education to create unparalleled value.” 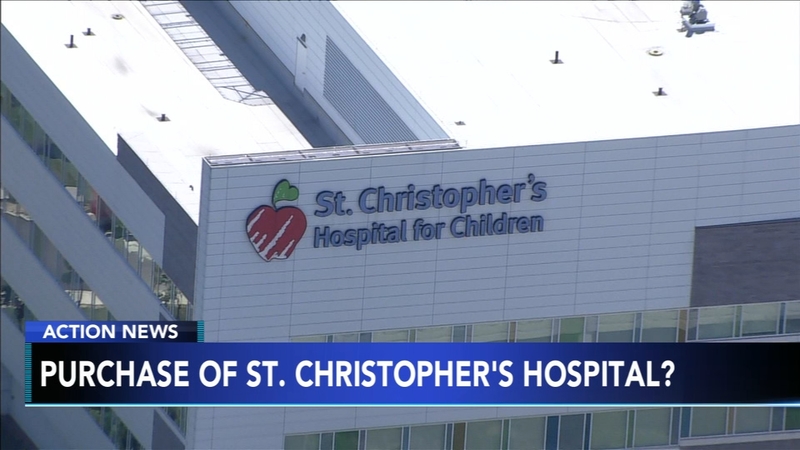 St. Christopher’s was put up for sale after it and Philadelphia-based Hahnemann University Hospital filed for Chapter 11 bankruptcy at the end of June. Hahnemann closed in September, the same month Tower Health and Drexel University entered into a $50 million agreement to acquire St. Christopher’s.

With the sale complete, 188-bed St. Christopher’s will return to nonprofit status.

“We are grateful for the continuing dedication and hard work of the physicians and employees at St. Christopher’s,” Tower Health President and CEO Clint Matthews said in a press release. “We are excited about a bright future for St. Christopher’s as it continues to serve as a center for healthcare, medical education and research, and innovation.”

Why it matters: Most of this happened through rapid consolidation, and now the pressure is on these companies to prove they can better control both medical and drug spending with everything under the same roof.

Driving the news: Anthem has been working for over a year to create its own pharmacy benefit manager, called IngenioRx, so it could sever ties with Express Scripts.

This is the new landscape. These 5 companies will handle both drug and medical bills for millions of people across Medicare, Medicaid and employer-based insurance.

What they’re saying: PBMs “don’t need to be independent entities with their own profit margins … that adds costs,” former Aetna CEO Mark Bertolini said in 2017.

Reality check: These companies would not have pursued merging medical and drug plan offerings if they didn’t think there was a lot of money to retain.