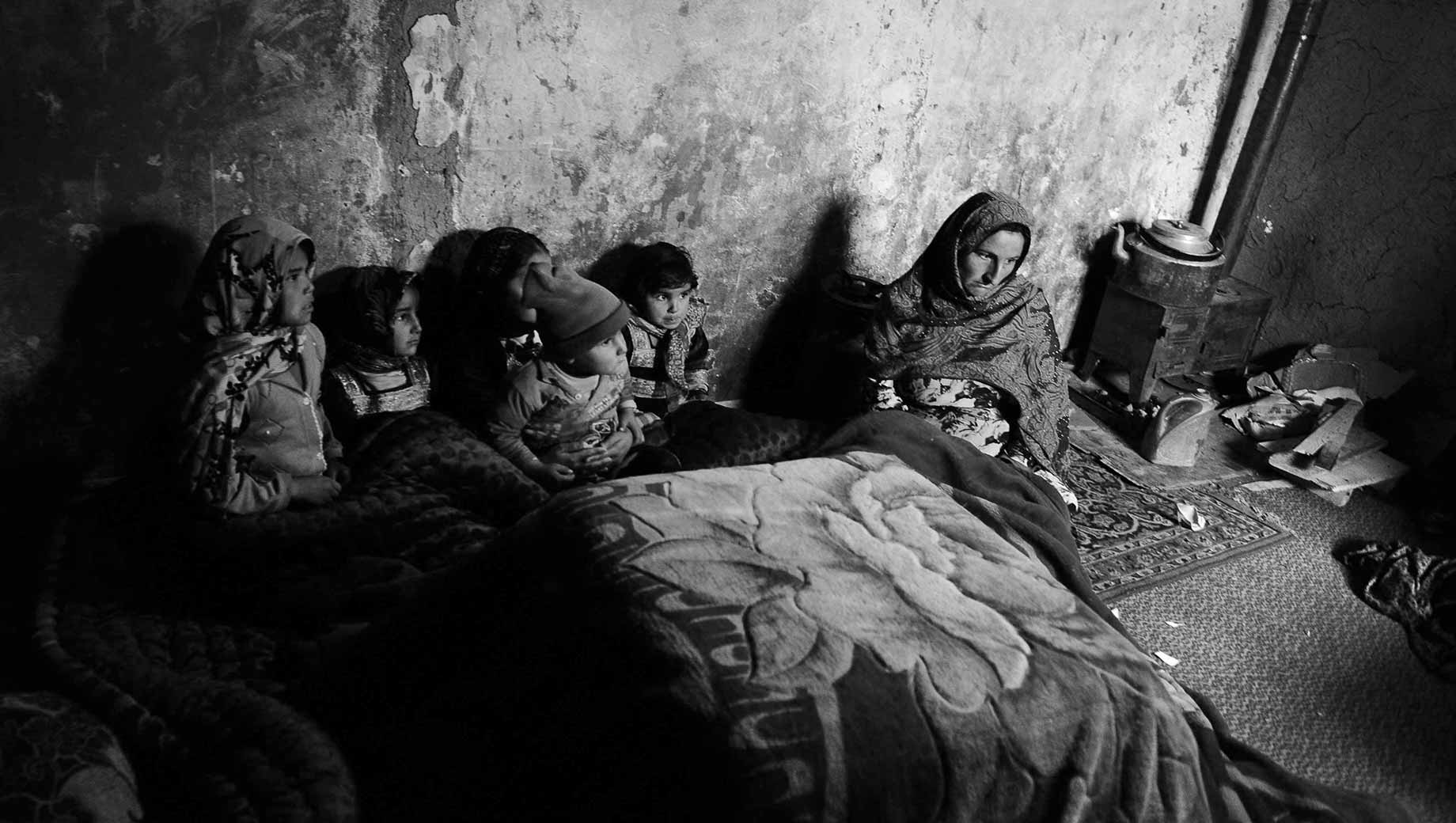 This article is the first in series based on results from Gallup’s new Basic Needs Vulnerability Index.

Imagine being unable to afford food or to put a roof over your head, or maybe you are struggling to do both. On top of this, you don’t have family or friends who can help you.

Now, imagine this is all happening and a pandemic hits.

Gallup’s new Basic Needs Vulnerability Index, based on surveys in 142 countries in 2019, suggests this was the reality for hundreds of millions worldwide just as COVID-19 arrived.

About one in seven of the world’s adults — or about 750 million people — fall into this index’s “High Vulnerability” group, which means they are struggling to afford either food or shelter, or struggling to afford both, and don’t have friends or family to count on if they were in trouble.

Globally, at least some adults in every country fall into the High Vulnerability group, which is important because Gallup finds people in this group are potentially more at risk in almost every area of their lives. Worldwide, these percentages range from 1% in wealthy countries such as Denmark and Singapore to roughly 50% in places such as Benin and Afghanistan. 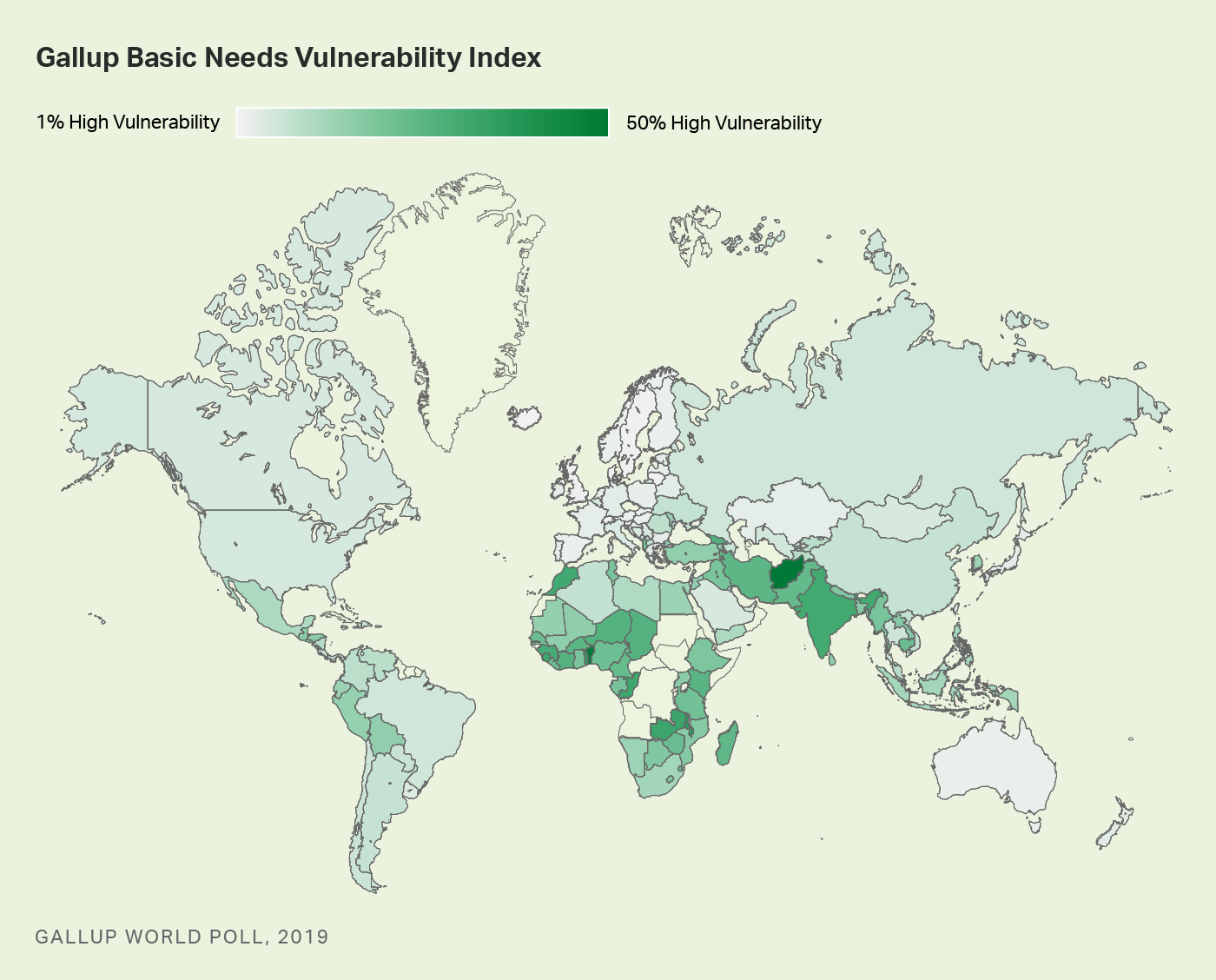 Gallup’s Basic Needs Vulnerability Index gauges people’s potential exposure to risk from economic and other types of shocks like a pandemic. Beyond measuring people’s ability to afford food and shelter, this index also folds in whether people have personal safety nets — people who can help them when they are in trouble.

People worldwide fall into one of three groups:

High Vulnerability: People in this group say there were times in the past year when they were unable to afford food or shelter or say they struggled to afford both and say they do not have family or friends who could help them in times of trouble.

Moderate Vulnerability: People in this group say there were times in the past year when they were unable to afford food or shelter or say they struggled to afford both, and they do have family or friends to help them in times of trouble.

Low Vulnerability: People in this group say there were not times in the past year when they struggled to afford food or shelter and say they do have family or friends to help them if they were in trouble.

The life experiences in these three groups illustrate the difference that not having family and friends to count on in times of trouble can make in people’s lives.

While people in the High Vulnerability group are potentially more at risk in almost every area of their lives than those in the other two groups, they are particularly at risk when it comes to their health.

More than four in 10 (41%) of the highly vulnerable say they have health problems that keep them from doing activities that people their age normally do. This percentage drops to 29% among those who are moderately vulnerable and to 14% among those with low vulnerability.

Looking at who the highly vulnerable are within the global population reinforces why the greater risks to their health are so important. Globally, people in the high vulnerability group are just as likely to be male or female (14% of each fall into this group), and percentages are similar in the 15 to 29 age group (12%) and 60 and older group (14%).

The highly vulnerable in developing countries are only slightly more likely to report experiencing physical pain (53%) than this group in developed, high-income economies (47%).

As massive as the highly vulnerable group was before the pandemic, it could have been even larger, taking children and other household members into account.

As such, this new layer of vulnerability among populations will be important to monitor as the pandemic threatens to push tens of millions more people into extreme poverty and hunger this year and beyond.