The decision by the U.S. Centers for Medicare and Medicaid Services gives the hospitals a year to convince the Biden administration that for them, at least, there is no such thing as Central Jersey.

CMS released its decision as part of its final rules for fiscal 2022. It delayed a Trump-era proposal to move the hospitals out of the New York-Newark-Jersey City region and into the newly crafted New Brunswick-Lakewood core-based statistical area.

Any Central New Jersey designation usually is met locally with pride and joy, but this move came with a steep price. Hospitals’ Medicare reimbursements are tied in part to their labor costs. And the labor costs in their new region are about 17% lower than their old region.

The cuts in reimbursement rates would have saved money for federal taxpayers, but they also would have hit local hospitals hard. The industry during the pandemic was faced with higher expenses and forced to delay lucrative elective procedures.

As a result, 41% of New Jersey hospitals were losing money, according to the New Jersey Hospital Association, a trade group.

The group on Friday thanked the state’s congressional delegation for its help.

“NJHA has strongly advocated for the reversal of this ill-advised policy since it was first implemented last year, and this delay in further cuts in critical health care dollars to our state is welcomed news,” Cathy Bennett, the association’s president and chief executive officer, said.

U.S. Sen. Robert Menendez and U.S. Rep. Bill Pascrell Jr., both Democrats, led the campaign to stop the new classification at least until the 2020 U.S. Census data was released.

In a letter a month ago to U.S. Health and Human Services Secretary Xavier Becerra, the lawmakers said hospitals moved to the new statistical areas would have lost revenue, making it tougher to compete with hospitals in New York and northern New Jersey to attract skilled workers.

“This federal support will benefit patients by allowing our top-notch hospitals to retain and hire the best and the brightest,” Pascrell said in a statement Friday. 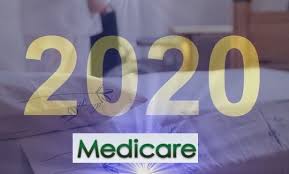 The Centers for Medicare and Medicaid Services on Friday unveiled its final rule on Medicare payment policies for hospitals under the inpatient prospective payment system for fiscal 2020. Though the Greater New York Hospital Association sees modifications to the agency’s proposal to address area wage index disparities as a boon, it’s not pleased with the outcome when it comes to uncompensated care.

“On a positive note, CMS modified its proposal to address wage index disparities between low and high wage index areas and will apply a uniform national budget neutrality factor to all hospitals instead of cutting only high wage area hospitals,” wrote Kenneth Raske, president and CEO of the association, in a letter to members.

The area wage index applies to the reimbursement of hospitals and raises or lowers Medicare payments to account for geographic differences in labor costs.

CMS’ previous proposal would have targeted only high wage index hospitals—such as those in New York—to address disparities. The modified provision will cost New York hospitals about $26 million, including fee–for–service and managed-care payments, less than half of what the original proposal would have cost them, a spokesman for the Greater New York Hospital Association said. Nationwide, the proposal will cost about $330 million.

“CMS argues that its proposed changes to the area wage index seek to help rural hospitals, yet not one of New York’s rural hospitals—who face the same fiscal challenges as rural hospitals across the nation—would see a benefit from the policy,” the lawmakers wrote in a letter to CMS administrator Seema Verma. “Rather, states like New York with many hospitals that have legitimately high wages commensurate with market competition will be forced to transfer hundreds of millions in Medicare funding to a small handful of states.”

With the issue of wage index out of the way, state hospitals’ greatest concern may now be the finalized uncompensated care pool proposal. Raske noted the Greater New York Hospital Association has “fiercely opposed” the proposal.

In March the Greater New York Hospital Association called the proposal dangerous and said it would base distributions on bad debt and charity care data and cap the pool’s rate of growth, representing a $98 billion cut over 10 years. —Jennifer Henderson