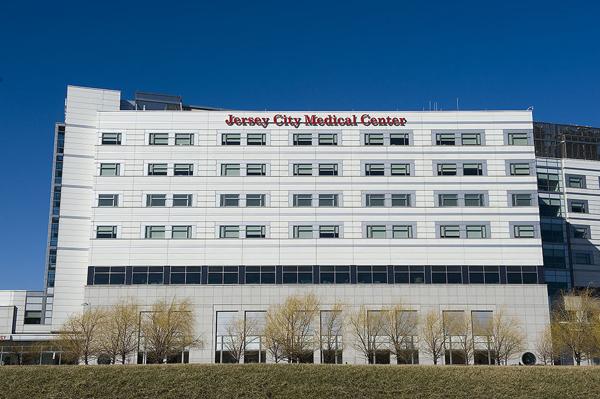 After city officials appealed Jersey City Medical Center’s tax-exempt status, the Downtown hospital has agreed to kick in $550,000 annually to the city’s coffers for the next six years.

The agreement, which is part of a legal settlement between the hospital and the city, comes three years after a tax court judge ruled that Morristown Medical Center should pay Morristown property taxes because it fails to meet the legal test that it operates as a nonprofit. That ruling led dozens of towns statewide to sue hospitals seeking tax revenue.

JCMC, now part of the RWJBarnabas Health system, owns four properties in Jersey City, tax records show. Its main campus, located on Grand Street in an upscale area of the city, is assessed at $126 million. If the hospital were not tax-exempt, it would pay $800,000 in property taxes this year, city attorney Nick Strasser told the City Council on Oct. 9.

The settlement, approved by council members on Oct. 10, comes in two parts. The first includes JCMC’s agreement to pay $300,000 in “voluntary” property taxes annually until 2023, retroactive to 2016. In exchange, the city will end its challenge of the hospital’s tax-exempt status and the hospital will drop its counterclaim.

A second agreement has JCMC agreeing on annual “health care collaboration” payments to the city, also retroactive. The payments for 2016 and 2017 will be $1 million total and from 2018 through 2023 they will amount to $250,000 annually.

The tax agreement does not preclude the city from challenging the hospital’s tax-exempt status after 2023.

A bill under review by state lawmakers would require nonprofit hospitals in New Jersey pay a “community service contribution” equal to at least $2.50 per bed daily. If that becomes law, the agreement between the city and JCMC would allow JCMC to reduce that contribution by the amount JCMC will pay under the settlement.

At the council’s Oct. 9 caucus, Councilwoman Joyce Watterman asked if the settlement was the best the city could do.

“It’s perhaps not the best we could do but it’s definitely not the worst we could do,” Business Administrator Brian Platt told her. “The worst is actually zero, is what we get now.”

“Jersey City Medical Center is pleased that the City of Jersey City has accepted this agreement,” Veronica Lavarro said in a statement. “We look forward to our collaborative work to reduce health disparities and improving health equity in Jersey City.”

The Illinois Supreme Court ruled Sept. 21 that non-profit hospitals in the state do not have to pay property taxes as long as the value of the charitable services they provide is equal to or greater than the taxes they would have paid, according to The Chicago Tribune.

The ruling was an affirmation of a lower court decision that previously upheld the constitutionality of the property tax exemption, which was challenged in the lawsuit against the Illinois Department of Revenue by Cook County taxpayer Constance Oswald.

“When you give these hospitals a pass on paying real estate taxes, people within the counties where the hospitals are located have to make it up,” Edward Joyce, Ms. Oswald’s lawyer, told The Tribune.

But advocates for nonprofit hospitals argued the law allows them to fully dedicate themselves to delivering care to underserved patients.

“For nonprofit hospitals, property tax exemption fosters [transformation] by permitting them to focus their time, energy, and financial resources on new strategies to better serve all of the residents of our state.” said A.J. Wilhelmi, president and CEO of the Illinois Health and Hospital Association. “Taxing nonprofit hospitals would hurt the communities they serve by diverting dollars that are better used to care for patients and to upgrade equipment, modernize facilities and hire needed staff.”

Atlantic Health will make the initial payment of $10 million, then pay another $5.5 million in penalties and interest in annual payments through the year 2025 to settle the years in dispute, 2006 to 2015. The system also will begin making annual tax payments on 24 percent of the property, which was agreed to be valued at $40 million, through 2025. That will mean additional payments of $1.05 million a year for 10 years — making the total eventual tax payment more than $25 million.