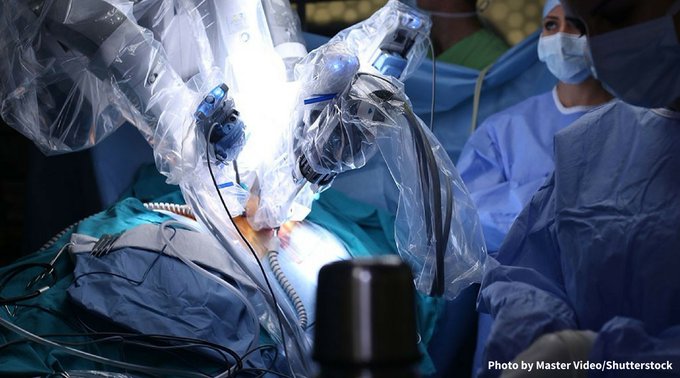 Over the past decade, hospitals have invested significant dollars in robotic surgical equipment, often to keep pace with their regional competitors.

But the costs associated with robotic systems don’t always pay off, according to two new studies published in JAMA last week that show robot-assisted surgeries cost more but are just as effective as certain laparoscopic surgeries. The results led one surgeon to question how hospitals should track the value of robotics, particularly as the industry transitions to value-based reimbursement models.

In one study, researchers at Stanford University Medical Center, Brigham and Women’s Hospital and the University of California San Diego reviewed 13 years’ worth of data linked to nearly 24,000 patients that had a kidney surgically removed. Although just over 5,000 of those patients underwent robot-assisted nephrectomies, the use of robot increased dramatically from 1.5% in 2003 to 27% in 2015, surpassing the percentage of laparoscopic surgeries.

But researchers found that robotic surgeries were often longer and more expensive than laparoscopic surgeries. Over the 13-year period, robotic surgeries cost approximately $2,700 more per patient without any notable difference in post-operative complications.

“There is a certain incentive to use very expensive equipment,” Benjamin Chung, M.D., associate professor of urology at Stanford and one of the study’s authors said in a release. “But it is also important to be cognizant as to how our health care dollars are being spent. Although robotic surgery has some advantages, are those advantages relevant enough in this type of case to justify an increase in cost?”

A second study by researchers in the United Kingdom, Germany, Italy and New Zealand found surgeons performing resection for rectal cancer were just as likely to convert to open surgery whether they were using a laparoscopic or robot-assisted technique.

In an accompanying editorial, Jason Wright, M.D. chief of gynecologic oncology at Columbia University Medical Center said the new research highlights the need for hospitals to balance the costs associated with new devices and their potential impact. While hospitals currently absorb most of those costs, that dynamic could change with new reimbursement models.

“The implementation of alternative payment models, particularly those with two-sided risk, may heighten the awareness of surgeons of these costs if reimbursement is more directly affected,” he wrote.

Wright also pointed specifically to the promise of the Food and Drug Administration’s new National Evaluation System for Health Technology (NEST), established by the new Medical Device User Fee agreements authorized in August. The system looks to use real-world data buried in EHRs and health registries to conduct post-market surveillance,  which could offer a more comprehensive look at device functionality after its approved by the agency.