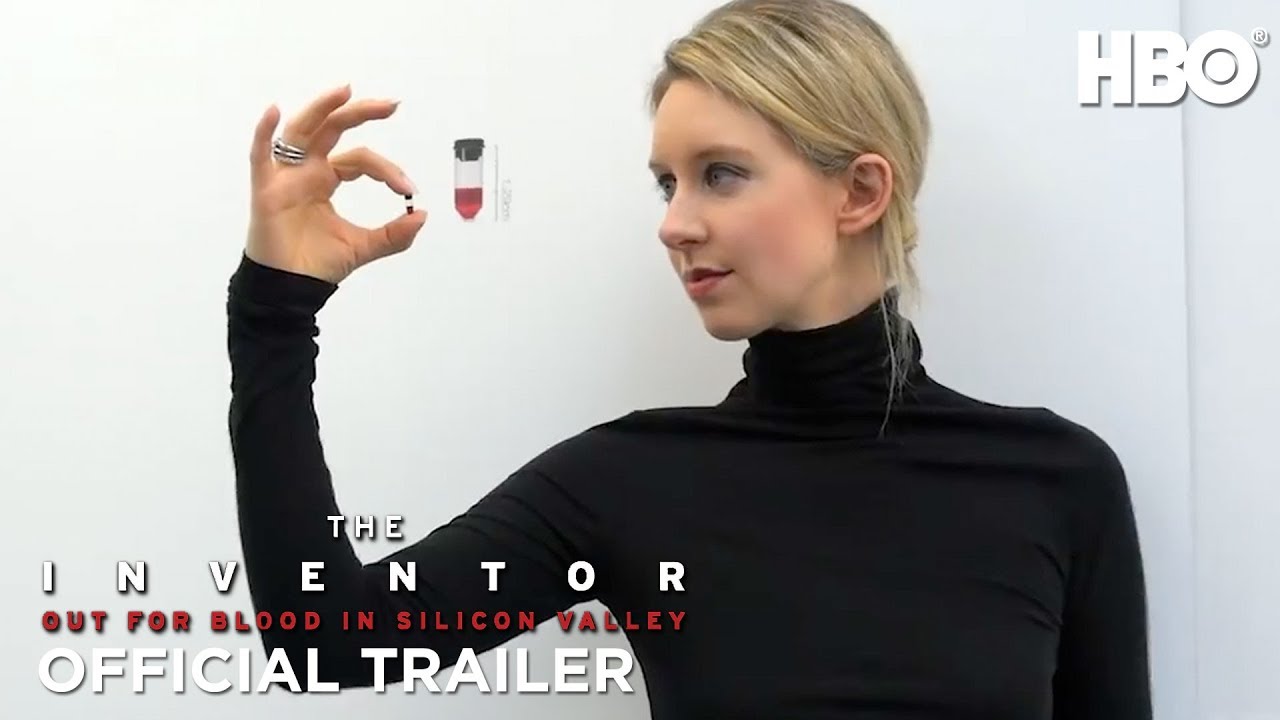 “The health care system has become horribly perverted,” says Alex Gibney, director of The Inventor: Out for Blood in Silicon Valley.

Nobody likes having a needle stuck in their arm. And nobody likes having money sucked out of their wallet, either. So when smart young entrepreneur Elizabeth Holmes emerged from Silicon Valley claiming to have a cure for a broken health care system, politicians and journalists and investors couldn’t wait to shower her with praise and money.

But the story of Holmes’ company comes with a sting. Her black outfits helped create an image of a new Steve Jobs-esque voice in Silicon Valley, but after faking demos and lying about patient treatment Holmes and her partners are now awaiting trial on charges of fraud.

The Theranos fraud exposes fundamental problems with Silicon Valley, the health care industry and the myth of the genius inventor from Thomas Edison to Steve Jobs. New documentary The Inventor: Out for Blood in Silicon Valley, now available to stream on HBO, reveals the whole bloody mess.

I asked the film’s Oscar-winning director, Alex Gibney, if we fetishize the idea of a genius inventor. “We do,” he told me by phone from San Francisco, “and it’s bullshit.” Having tackled corruption and deceit in films about Enron, the Church of Scientology and the White House, Gibney describes Holmes as “a variation on a theme” of the type of people he’s seen before. “Elizabeth was afflicted with the notion that the end justifies the means,” Gibney says. “She thought she was entitled to make mistakes because her intention was pure and worthy and socially vital. But the mind plays tricks with you when you start down that path, as you rationalize your behavior in ways that can become quite dangerous and delusional.”

That was a line Elizabeth crossed. When she put people at risk, that was the problem.

Big-name investors from both inside and outside Silicon Valley fell for Holmes’ delusion, including Rupert Murdoch, who invested $125 million into Theranos. But the question remains whether the profit-driven private sector is even suited to solving health care problems. “Reports show the health care system in the US has become horribly perverted,” says Gibney, “through this patchwork system of insurance and private enterprise and then also government legislative initiatives. Medicare is not allowed to negotiate directly with drug companies, how crazy is that?”

Everyone can agree that fixing problems in health care is a noble cause, but relying on Silicon Valley and the private sector also lined up with other political agendas for the politicians who backed her. “This notion of the entrepreneur lets government off the hook,” Gibney says.

The director does credit Holmes with highlighting problems in the laboratory testing industry. “They’re incredibly opaque with their pricing,” he points out. Patients don’t pay directly for blood tests, so depending on the circumstances, the illness or even the state, lab companies can charge outrageous prices to insurance companies to complete the test.

The health care system “is designed to enrich companies rather than to serve the health of patients,” says Gibney. “It’s full of all sorts of bad incentives.”

While things clearly need to be improved, the Silicon Valley style of disruptive innovations may not be what we as patients need. Taking control of your own health is a “a very cool-sounding libertarian notion,” but Gibney cautions that “we’re not doctors.” He’s concerned about the idea of treating patients as customers, seducing us with promises of competitive prices and greater choice. “That’s good for sneakers,” he says, “but I’m not sure a consumer/producer relationship is necessarily good for health care. You want a patient/doctor relationship, and blood testing is part of it.”

Silicon Valley has adapted the credo of “move fast and break things,” which means iterating and making mistakes until you find the right path. But you can’t make mistakes when people’s lives are at stake. And real people were put at risk when Theranos pushed ahead with a contract with Walgreens to carry out blood tests for ordinary people.

“That was a line Elizabeth crossed,” says Gibney. “If she had just wasted a lot of investors’ money on a machine that didn’t work, there wouldn’t really be a story here. It was when she put people at risk, that was the problem.”

Gibney is concerned that Holmes will be portrayed as a one-off, “one rotten apple in an otherwise pristine barrel.” But he thinks the Theranos fraud shows cracks across Silicon Valley, the health care industry and capitalism as a whole. “I tried to indicate there are bigger problems in Silicon Valley in terms of lying, in terms of becoming disruptors in ways that may make people a lot of money but may not always be a good thing.”

Within Theranos, a culture of silence and paranoia couldn’t suppress the lies forever. And so Theranos employees blew the whistle on the deceit.

“I think all of us should be aware that there are certain cultural, and also legal, impediments to hearing the bad news,” says Gibney, who highlights the use of nondisclosure agreements to gag employees. These legal contracts are supposed to protect trade secrets, but they can also be used to prevent insiders from calling out corruption. “Look at Harvey Weinstein,” Gibney says. “NDAs are rapaciously used by people to cover up misdeeds.”

Yet for some reason, we have a strange relationship with those insiders who do come forward. “It’s sort of like they’re showing us up,” says Gibney. He recalls being asked the same two questions over and over after making The Smartest Guys in the Room, his film about the corruption within Enron: “One was about this guy who got away with it, sailed off with $200 million and married a stripper. But the other question was about Sharon Watkins, the whistleblower, and it was always, ‘Who does she think she is? How come she’s so holier-than-thou?’ Of all the lessons to take away from Enron, she’s not really the malefactor, but it seemed to really get under people’s skin.”

Gibney has made a career out of exposing corruption from the business sector to the CIA to the White House. “Part of us is secretly thrilled by people who are conning the game,” he says. “But we always at the end want to see them punished, so it’s kinda like a double pleasure. You wanna see ’em sneak around — and then you wanna see the hammer come down.”

“I’ve been spending a lot of time on problems,” Gibney says as we wrap up the interview. “I’m starting to think about doing films about people who are coming up with solutions.”