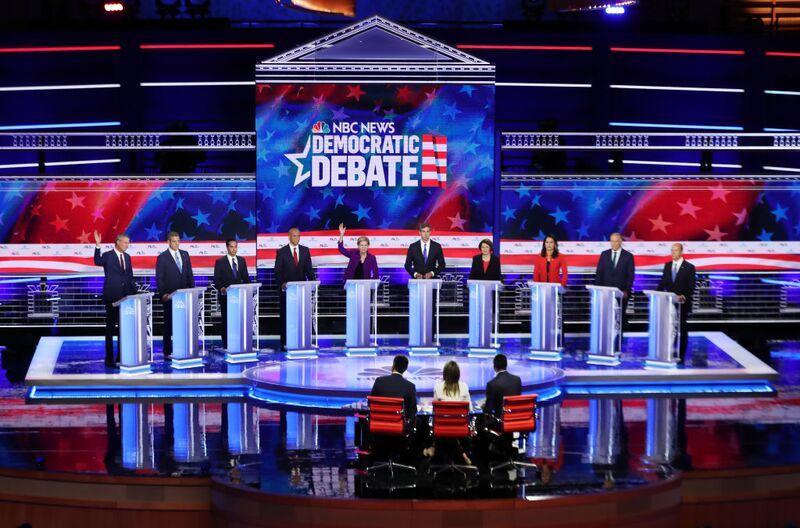 There needs to be more frank talk and better explanations about the costs and trade-offs of plans like Medicare for All.

Health care took up a decent portion of the Democratic presidential debates this week. For all of the verbiage, we didn’t learn much new. Everybody wants universal coverage, but they have different ideas about how to get there. One group, led Vermont Senator Bernie Sanders, want a single-payer system like “Medicare for All”; others, including former Vice President Joe Biden, prefer various flavors of a public option that co-exists with elements of the status quo.

Nonetheless, there were a few moments that drew attention to important issues that could (or should) shape the health-care discussion going forward:

THE BIG TRADE-OFF: “People who have health under Medicare for All will have no premiums, no deductibles, no co-payments, no out-of-pocket expenses,” Sanders said during Wednesday’s debate. “Yes, they will pay more in taxes, but less in health care for what they get.” Sanders was responding to a question about whether his policies would mean higher taxes for middle-class Americans; his answer elucidated an essential truth that’s still lost on many voters.

Medicare for All is at its core a shift in how America finances health care. Right now, people pay big chunks of their health costs themselves – especially when they’re sick. Sanders’s plan would replace that out-of-pocket spending with taxes. There’s an appeal to that. It’s more equitable and would eliminate situations where health crises result in bankruptcy, or costs dissuades people from seeking care. Whether this shift will result in savings for individuals will depend on tax details as well as income and health status. If such a plan can lower costs by cutting prices and eliminating insurer profits, there’s a real possibility that many Americans come out ahead. Right now, polls suggest that broad support for Medicare for All drops when people hear about tax increases. Getting voters to understand what they get in return will be critical.

RAISE YOUR HAND: On both nights, the debate moderators chose to boil the health-care debate down to one yes-or-no question. Candidates who support eliminating private health insurance in favor of a single-payer system were asked to raise their hands. This is a defining divide in the field, so it was notable that Elizabeth Warren raised hers on Wednesday. She places third in most polls behind Joe Biden and Sanders, and has been vague on health care in the past. If she’s a dogmatic supporter of Sanders’s specific plan, that tilts the race in the direction of Medicare for All. I’m not sure that’s the case, though. She could end up diverging on specifics of how the U.S. should transition to a single-payer system and structure it. As the field shrinks, it will probably benefit her to stake out a place between Sanders and Biden, who supports a milder public option. A lot of candidates want to be in that space, though none have defined it well or made it their own yet. Given ambivalent polling about the details of Medicare for All and the idea of killing private insurance, this feels like an opportunity for the person who seizes it.

WHAT PRICE IS RIGHT?  America spends far more than other countries on services without getting better results. That might not change without price controls for providers. Former Maryland representative John Delaney claimed on Wednesday that these types of controls would have consequences, saying that many hospitals would be forced to close if they had to accept the rates currently paid by Medicare for all services. While the truth of that statement is a matter of some debate, what isn’t in doubt is that lower reimbursement would be necessary even for milder plans, and that this could put pressure on hospital systems.

Reform-minded candidates don’t like to talk about that, which is why Delaney’s point stood out. Instead, they preferred to focus their ire on insurers and drugmakers. Drug prices and insurer overhead are important issues too, but services eat up a far more significant portion of spending. The field won’t be able to ignore that issue and the potentially disruptive consequences of dealing with it.

These first debates got the discussion going. The devil will be in the details.