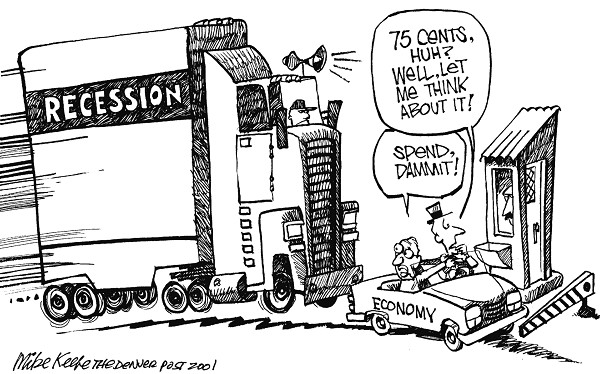 Recent moves from President Donald Trump to raise tariffs on Chinese goods are leading the global economy closer to the brink of recession, according to a Morgan Stanley note cited by Newsweek.

“Friday’s escalation of tariffs between the U.S. and China suggests they’ve not moved any closer on the key negotiation points that have separated them since May 5,” he said, according to Newsweek. “Neither side sees the benefit to cooperating as better than hanging tough. … We expect that tensions will continue to escalate at least until the costs of doing so are too big to ignore.”

The president said Aug. 23 that he plans to raise existing tariffs to 30 percent from 25 percent on $250 billion of Chinese goods starting Oct. 1. Additionally, he proposed tariffs on another $300 billion of Chinese imports to increase from 10 percent to 15 percent over the coming months. The president’s proposals come after China said it will impose tariffs on another $75 billion of U.S. imports, and that it would reinstate tariffs on auto products that were previously suspended.