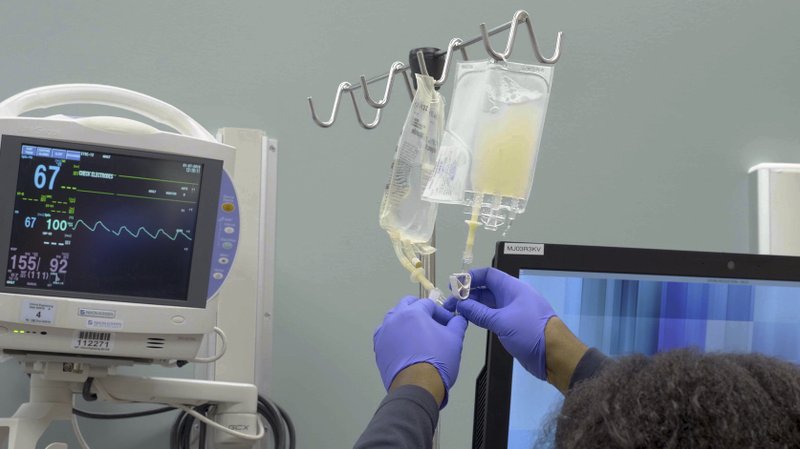 The first attempt in the United States to use a gene editing tool called CRISPR against cancer seems safe in the three patients who have had it so far, but it’s too soon to know if it will improve survival, doctors reported Wednesday.

The doctors were able to take immune system cells from the patients’ blood and alter them genetically to help them recognize and fight cancer, with minimal and manageable side effects.

The treatment deletes three genes that might have been hindering these cells’ ability to attack the disease, and adds a new, fourth feature to help them do the job.

“It’s the most complicated genetic, cellular engineering that’s been attempted so far,” said the study leader, Dr. Edward Stadtmauer of the University of Pennsylvania in Philadelphia. “This is proof that we can safely do gene editing of these cells.”

After two to three months, one patient’s cancer continued to worsen and another was stable. The third patient was treated too recently to know how she’ll fare. The plan is to treat 15 more patients and assess safety and how well it works.

Other cell therapies for some blood cancers “have been a huge hit, taking diseases that are uncurable and curing them,” and the gene editing may give a way to improve on those, he said.

Gene editing is a way to permanently change DNA to attack the root causes of a disease. CRISPR is a tool to cut DNA at a specific spot. It’s long been used in the lab and is being tried for other diseases.

This study is not aimed at changing DNA within a person’s body. Instead it seeks to remove, alter and give back to the patient cells that are super-powered to fight their cancer — a form of immunotherapy.

Chinese scientists reportedly have tried this for cancer patients, but this is the first such study outside that country. It’s so novel that it took more than two years to get approval from U.S. government regulators to try it.

The early results were released by the American Society of Hematology; details will be given at its annual conference in December.

The study is sponsored by the University of Pennsylvania, the Parker Institute for Cancer Immunotherapy in San Francisco, and a biotech company, Tmunity Therapeutics. Several study leaders and the university have a financial stake in the company and may benefit from patents and licenses on the technology.

Two of the patients have multiple myeloma, a blood cancer, and the third has a sarcoma, cancer that forms in connective or soft tissue. All had failed multiple standard treatments and were out of good options.

Their blood was filtered to remove immune system soldiers called T cells, which were modified in the lab and then returned to the patients through an IV. It’s intended as a one-time treatment. The cells should multiply into an army within the body and act as a living drug.

So far, the cells have survived and have been multiplying as intended, Stadtmauer said.

“This is a brand new therapy” so not it’s not clear how soon any anti-cancer effects will be seen. Following these patients longer, and testing more of them, will tell, he said.