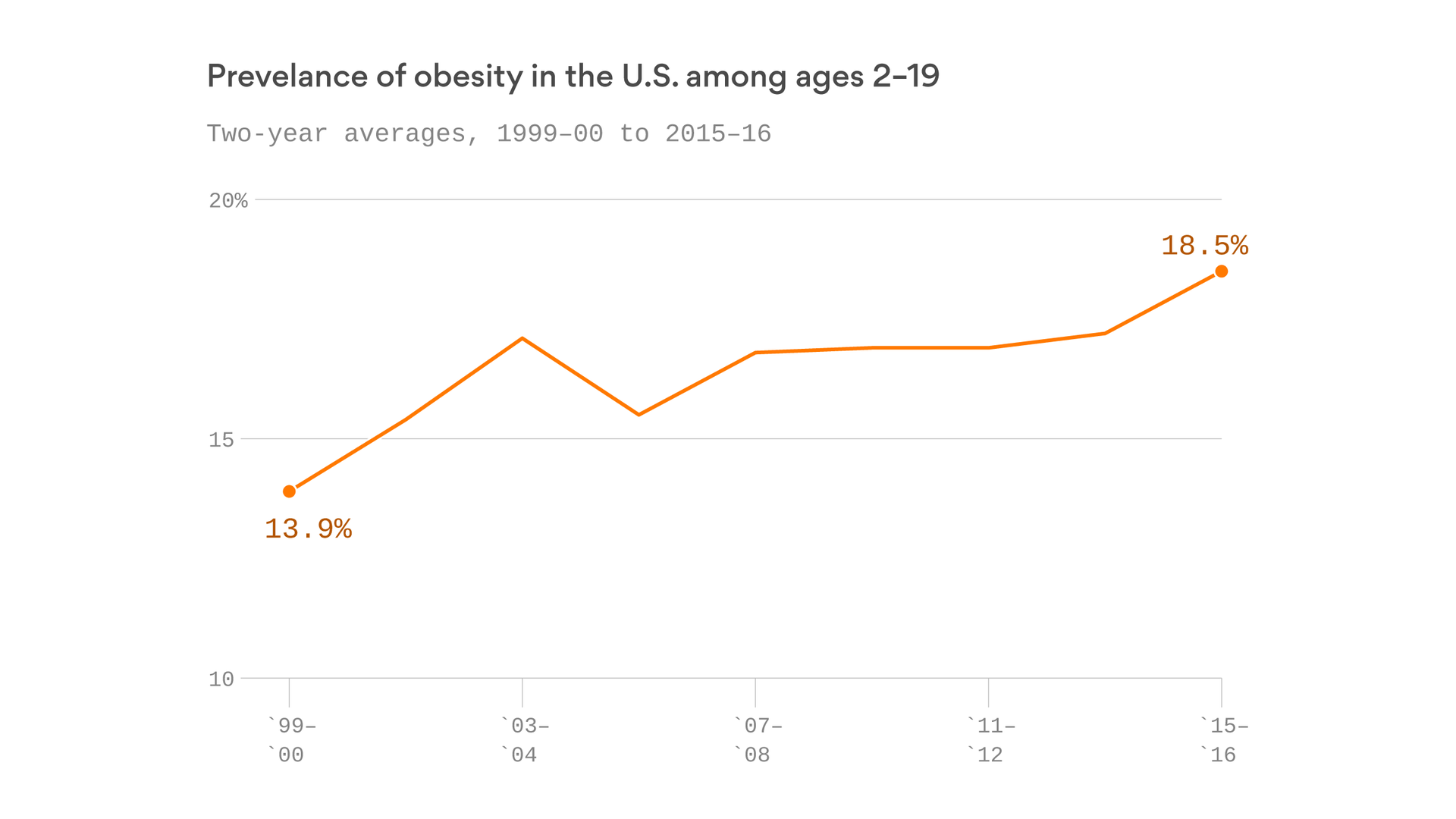 The health troubles we’re seeing now — especially among young people — will continue to strain the system for years and even decades to come.

The big picture: Rising obesity rates now will translate into rising rates of type 2 diabetes and heart disease. The costs of the opioid crisis will continue to mount even after the acute crisis ends. And all of this will strain what’s already the most expensive health care system in the world.

By the numbers: 18% of American kids are now obese, according to new CDC data. So are roughly 40% of adults. And it’s projected to get worse.

Why it matters: More obese children means there will be more adults down the road with chronic conditions like diabetes — which can’t be cured, only managed — and these diseases in turn increase the risk of further complications, such as kidney disease and stroke.

We’re only beginning to see the full costs of the opioid crisis, even though it has raged for years.

Groundbreaking new treatments offer the first-ever cure for Hepatitis C, but at price tags so high that states are experimenting with entirely new ways of paying for the drugs, fearing the status quo simply can’t bear these costs all at once.

The bottom line: The flaws in the U.S. health care system compound one another.