In a given year by 2016, almost 50 percent of adults with commercial insurance hadn’t visited a primary care physician, according to a study published in the Annals of Internal Medicine.

For the study, researchers from Harvard Medical School in Boston, the Icahn School of Medicine at Mount Sinai in New York City and the University of Pittsburgh School of Medicine wanted to better characterize primary care declines among adults. To do so, the study authors analyzed deidentified claims data from a national private insurer that covers roughly 20 million members each year, according to NPR.

While the number of preventive checkups rose — likely because the ACA made the appointments cost-free — problem-based visits, such as going to a primary care physician for sickness or injury, declined more than 30 percent, according to NPR.

Problem-based visits saw out-of-pocket costs increase 31.5 percent during the study period, which could have affected the decline, according to researchers. Additionally, visits to alternative sites like urgent care clinics grew by 46.9 percent in the study period.

“Our results suggest that this decline may be explained by decreased real or perceived visit needs, financial deterrents, and use of alternative sources of care,” the study authors concluded. 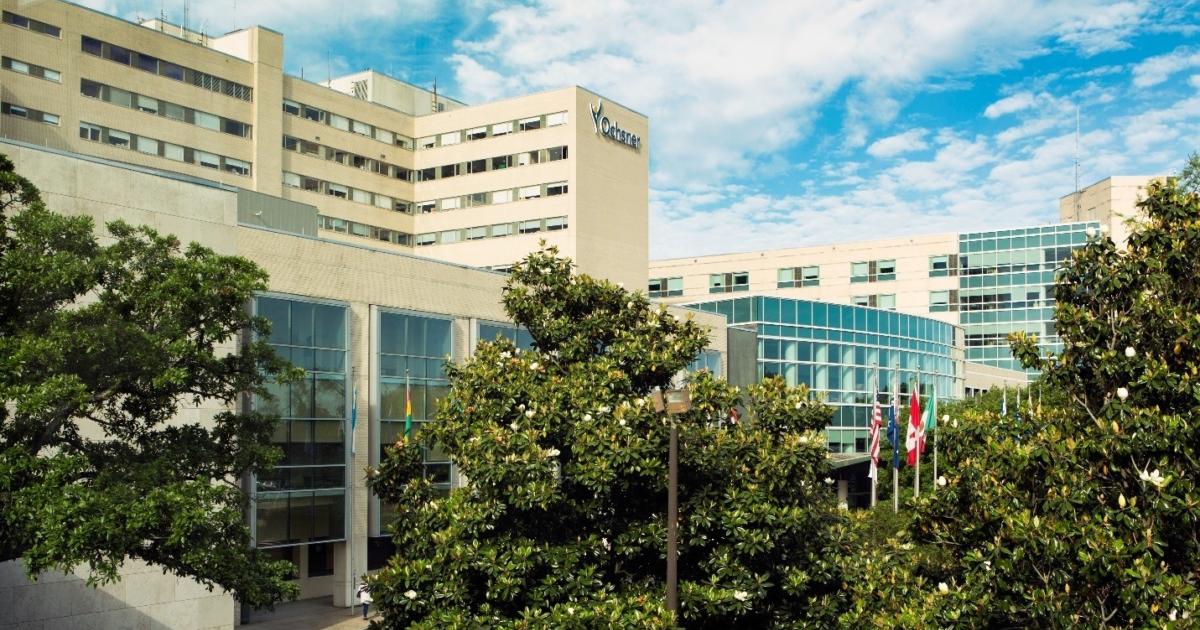 New Orleans-based Ochsner Health System created a $10 million tuition fund to grow its own workforce amid current labor market challenges, according to The Advocate, a Louisiana news outlet.

The system will begin by paying tuition for a cohort of 30 primary care physicians and psychiatrists. The physicians must commit to working in Louisiana with the health system for at least five years to receive the funding.

Ochsner has plans to offer similar scholarship opportunities for employees who want to become licensed practical nurses or registered nurses. It plans to ultimately cover tuition for about 1,000 employees, according to the report. 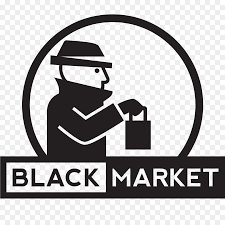 Recently we’ve been working with one of our member health systems to build a comprehensive plan for ambulatory access. As we were brainstorming a list of success metrics, one physician leader made an interesting comment: “I’ll know we’re successful at improving access when people stop calling me asking to get their mom or husband or friend into a specialist.”

The other leaders in the room all nodded in agreement. While we’re all happy to assist friends and family with finding the best doctor for their problem, or getting in more quickly, these leaders recognized that these informal channels represent yet another level of inequality in our healthcare system: patients and families who can tap into “insider” provider connections have access to a “black market” of enhanced access and information that can expedite treatment, assuage worry, and potentially provide better outcomes.

Thinking about eliminating the need for the healthcare black market broadened our discussion of a successful access solution. Getting a quick appointment doesn’t fully solve the problem, patients want to be assured they’re seeing the “best” doctor for their problem—meaning the system needs to have a better process for matching new patients to the most appropriate provider.

One call to tap into the “black market” can eliminate a dozen frustrating calls and dead ends; any solution must also address the many friction points in finding the right care. A tall order for sure, but one that could address one large inequity in our healthcare system: the difference between people who know someone on the inside and those who don’t. 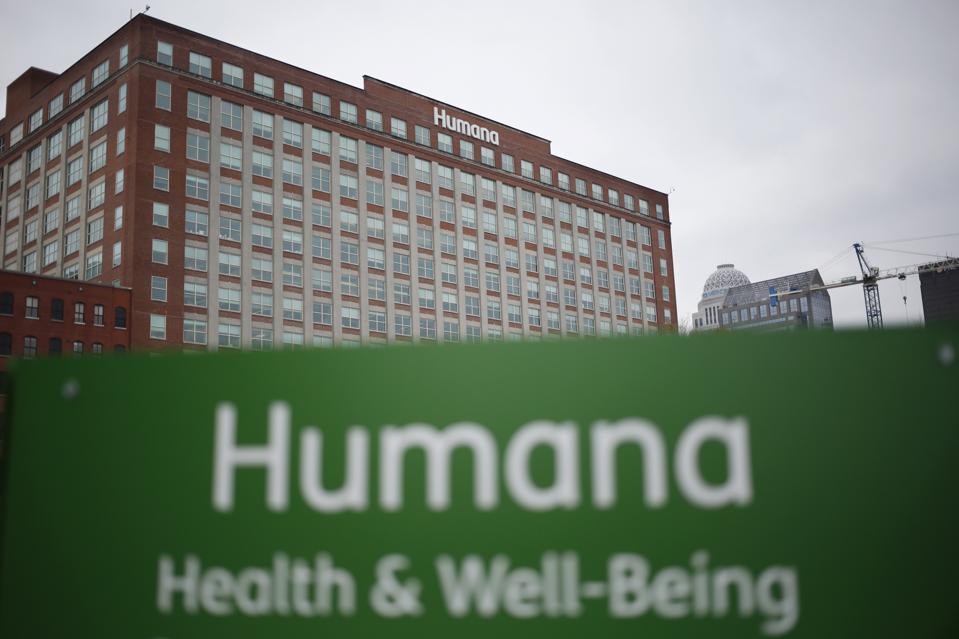 The arrangement will be structured as a joint venture between Humana and Welsh, Carson, Anderson & Stowe, with a combined initial $600M investment that will give the PE firm majority ownership of the medical group. The new venture is likely to double the number of centers that Humana’s Partners in Primary Care operates—currently 47 throughout Texas, Kansas, Missouri, Florida and the Carolinas.

While Humana has been looking to grow its MA membership, patients need not be Humana members to access care at the centers. Humana has established other partnerships in the physician practice space, including last fall’s announcement that it is teaming up with Iora Health to add 11 additional Iora-branded primary care practices to its MA networks in Arizona, Georgia, and Texas.

Humana has previously partnered with private equity to acquire postacute providers Kindred Healthcare and Curo Health Services. These latest moves suggest the company is shifting its focus to the front end of the delivery system, looking to control costs of care for seniors by quickly building a primary care physician network focused on reducing high-cost referrals to hospitals and specialists.

Adults in the U.S. are visiting primary care doctors less often, according to a new study in the Annals of Internal Medicine, which could foreshadow worse health outcomes and higher costs.

By the numbers: The study focused on adults enrolled with a large commercial insurer.

The big picture: Primary care doctors are there to keep people healthy. The less often we go to them, the more likely we are to get or remain sick, which ultimately costs the health care system more money.

Since 2005, 162 rural hospitals have shuttered, with 60% of the closures occurring in southern states that did not expand Medicaid enrollment.

Most hospitals closed because of financial problem, and 38% of rural hospitals are unprofitable.

Patients in communities affected by closure travel 12.5 miles on average for care. However, 43% of the closed hospitals are more than 15 miles to the nearest hospital, and 15% are more than 20 miles.

Despite a booming national economy, 2019 was the worst year for hospital closings since at least 2005.

The North Carolina Rural Health Research Program says that 19 rural hospitals closed this year, up from 15 closures in 2018, and continuing a steady double-digit trend in closures since 2013.

Since 2005, the North Carolina researchers tracked 162 hospital closings, with 60% of the closures occurring in southern states that did not expand Medicaid enrollment.

Texas led the way, with 23 hospital closures since 2005, followed by Tennessee with 13, and North Carolina with 11.

The closures have been blamed on a number of factors, including: the older, sicker, poorer, and less-concentrated rural demographic; bypassing by local residents seeking care at regional hospitals; hospital consolidation; value-based care; referral patterns of larger hospitals; the transition to outpatient services; and mismanagement.

Among the findings highlighted by the North Carolina Rural Health Research Program:

Despite the health benefits, fewer Americans have a primary care provider, according to a new study.

The number of patients in the U.S. who have a primary care provider declined by 2% in a little over a decade, according to the study published in JAMA Internal Medicine.

While that may not sound like much, that decline translates to millions of Americans who do not have primary care, the researchers said.

In the study, researchers from Harvard Medical School looked at primary care use from 2002 to 2015, which raises concerns given that primary care is associated with better health among patients.

“Primary care is the thread that runs through the fabric of all healthcare, and this study demonstrates we are potentially slowly unweaving that fabric,” said the lead author David M. Levine, M.D., a Harvard Medical School instructor in medicine at Brigham and Women’s Hospital in Boston, where he practices internal medicine and primary care, in an announcement about the study.

“America is already behind the curve when it comes to primary care; this shows we are moving in the wrong direction,” Levine said.

The study found that in 2002, 77% of adult Americans had an identified primary care physician, a level that dropped to 75% in 2015. In addition, the study found a particularly marked decline in primary care among younger Americans and those without complex medical issues.

Among those with no complex conditions, having primary care declined in every decade of age through their 60s. The exception to the decline were less healthy patients. People with three or more chronic health conditions having a primary care physician remained relatively stable, the study found.

Patients who are male, Latino, black or Asian without insurance and lived in the South were much less likely to have a primary care doctor, the study found.

The researchers suggested several steps to stop the decline and increase the rates of Americans with primary care providers, including changes in the primary care payment system, a move toward value-based care and investments in new technology. They also called for creating incentives to encourage more physicians to choose primary care, particularly in rural areas, and increasing the number of Americans with health insurance.

A study released earlier this year from the Patient-Centered Primary Care Collaborative found states that spend more on primary care have better patient outcomes, including fewer hospitalizations and emergency department visits. A separate study found a direct link between the number of primary care doctors and an increase in life expectancy.