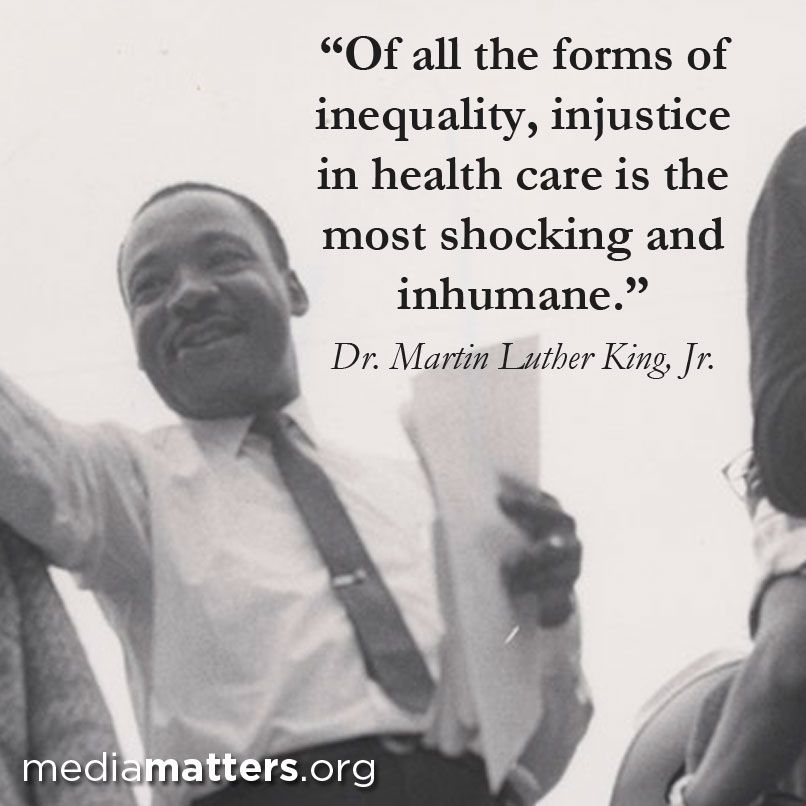 America celebrates a distortion of Martin Luther King Jr., void of his prophetic call to justice by any nonviolent means necessary. Particularly around the annual remembrance of his life Monday, watch for his words to be repackaged in tasty sound bites and stripped of the so-called extremism that prompted FBI Director J. Edgar Hoover to label him “the most dangerous man in America.”

Chicago was a seminal backdrop for King’s work toward justice and the place where he sounded his call for health care justice. Before a medical conference in 1966 he proclaimed, “Of all the forms of inequality, injustice in health is the most shocking and the most inhuman because it often results in physical death.” National criticism ensued because this activist, two years after he won the Nobel Peace Prize, dared to articulate a prophetic truism still relevant in 2020.

Researchers at New York University found that Chicago has the largest gap in life expectancy of any city in the United States (followed by Washington, D.C., and New York). Although the national trend in the gap between blacks and non-Hispanic whites continues to improve, ZIP codes can still determine life expectancy with alarming racial disparities. Like real estate, health inequality is about location, location, location.

Dallas is another city with a dubious distinction. The Urban Institute ranked it last out of 274 U.S. cities in racial equity and racial segregation. A study by Parkland Health and Hospital System and the Dallas County Health Department found that geography is deeply linked to health inequity, where a difference of 2 miles has a life expectancy gap of 26 years. Although separated by 1,000 miles, Dallas and Chicago share similar systemic inequities that perpetuate racial disparities in health.

These glaring divides are an enduring legacy of decades of isolating black Americans seeking homeownership by marking mortgage lending maps with red lines. Today, more than 50 years since the passage of the Fair Housing Act, 91% of the communities identified as “best” on the redlined maps remain middle to upper class, with 85% of these communities having majority white populations. Accordingly, 3 out of 4 redlined neighborhoods remain impoverished, and 67% of redlined neighborhoods remain populated by racial minorities. Many were intentionally located in proximity to industrial areas, municipal landfills and toxic waste sites — and the subsequent negative health impacts persist across generations.

This lengthy history of systemic inequality will take time to remedy, as will the legacy of distrust of the medical establishment from the history of experimentation without consent on black Americans. A doctor known as the “Father of Modern Gynecology” performed barbaric vaginal operations on enslaved women. They were denied anesthesia, physically restrained, repeatedly mutilated. The U.S. Public Health Service denied 600 men therapeutic penicillin from 1932 to 1972 to allow the study of the natural progression of latent syphilis in the Tuskegee syphilis experiment. Their health was compromised, as were their partners and children who were predictably exposed to the disease. Black women, many of them teenagers, were the prime target for controlled breeding through forced sterilization. This practice of eugenics did not end until the 1980s. And there was the Pentagon-funded study of nontherapeutic, whole-body irradiation from 1960 to 1971, in which 25% of the subjects died within one month of exposure. All were poor, most were black, and the Radiological Society of North America awarded the lead physician its highest honor.

Nearing his death, King was deemed “unfavorable” by two-thirds of Americans in a 1966 Gallup poll. Decades later in a 1999 Gallup poll, more than 90% of Americans had a favorable opinion and ranked him as the second most admired person of the 20th century (behind Mother Teresa). As we celebrate his legacy, we should embrace his prescient view on health care inequity and further his goal of creating a just society for all.

Perhaps King’s greatest threat was to recognize that, from Chicago to Dallas and to other cities and towns across the land, we are more alike than different. He dared to criticize health inequities embedded in communities from urban ghettos to the mountains of West Virginia. And although his life was ended while he was building bridges across racial and ethnic divides, his dream of proper health care for all should not. Because if raising his voice against persistent health inequality made King a dangerous man, add us to that list.

Health inequality remains among the greatest injustices of our time, and, as King penned in “Letter From Birmingham Jail,” “injustice anywhere is a threat to justice everywhere.” Like King, let us commit ourselves anew to eradicating these death-dealing realities “until justice rolls down like waters, and righteousness like a mighty stream” (Amos 5:24).