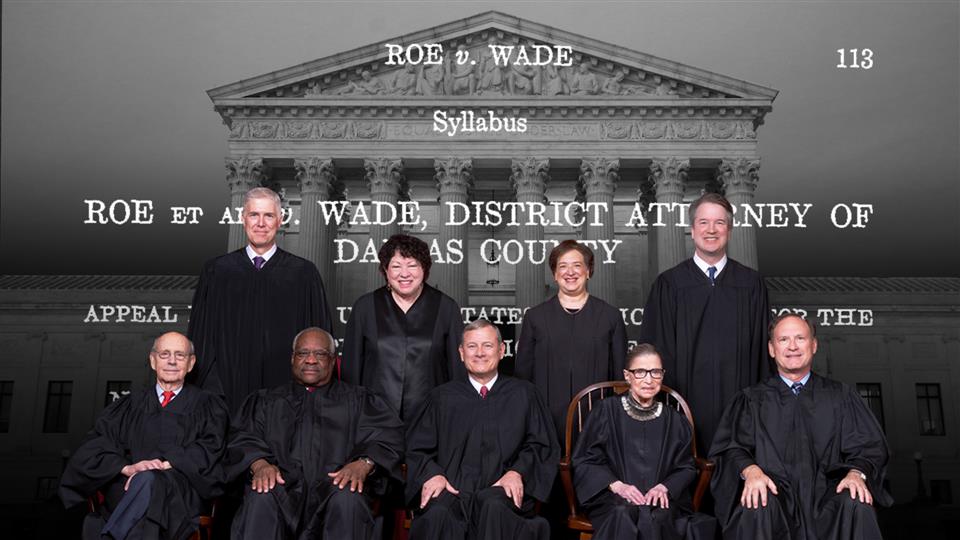 “There’s a lot on the line in this case, and more than most people realize,” said Mary Ziegler, a law professor at Florida State University and author of the forthcoming book “Abortion and the Law in America.”

Most prominently, the case involves the Supreme Court’s approach to precedent, since it largely is a replay of an issue the court decided in 2016, when by a 5-3 vote it struck down a Texas law requiring that abortion providers obtain admitting privileges at a nearby hospital.

The case also tests the strategy for antiabortion forces, who have been divided over the best way to roll back court precedents recognizing women’s constitutional right to end pregnancy. While some advocates seek to reverse outright Roe v. Wade, the 1973 decision recognizing abortion rights, others believe a more prudent approach is to carve away at the precedent through increasingly restrictive regulations that would spare the Supreme Court the controversy of directly overruling a landmark case.

The law in question, known as the Louisiana Unsafe Abortion Protection Act, isn’t based on a state policy to protect potential life, an interest that the Supreme Court has recognized as valid justification for some abortion restrictions.

Instead, it is based on the argument that abortion itself can be harmful to women, and that restricting access to the procedure therefore is beneficial to women. For that reason, the state’s brief contends that abortion providers shouldn’t be permitted to challenge the law on behalf of their patients, arguing that “a serious conflict of interest” exists between them and Louisiana’s women.

In striking down the Texas law in 2016, the court found the admitting-privilege requirement provided no health benefits to women while forcing many of the state’s abortion clinics to close.

The opinion, by Justice Stephen Breyer, cited evidence that admitting privileges do little to ensure continuity of care, as the state maintained, because when abortion has complications, they generally arise not at the clinic but days after the procedure, when the patient would visit her regular physician or local hospital. The court also observed that hospital admitting privileges aren’t a general credential but are granted for other purposes, such a doctor’s ability to bring in patients for treatment.

Statistically, however, only a tiny number of women require hospitalization after abortion, the court said. “In a word, doctors would be unable to maintain admitting privileges or obtain those privileges for the future, because the fact that abortions are so safe meant that providers were unlikely to have any patients to admit,” Justice Breyer wrote.

President Trump, who appointed Justice Brett Kavanaugh to the vacancy, had as a candidate predicted his Supreme Court picks would vote to overrule Roe v. Wade.

In September 2018, three months after Justice Kennedy’s retirement, the Fifth U.S. Circuit Court of Appeals, in New Orleans, upheld a Louisiana admitting-privileges law that critics argue is identical to the Texas measure struck down two years earlier. The appellate court found the Louisiana Unsafe Abortion Protection Act wouldn’t burden abortion rights in Louisiana to the degree the Texas law did in its state.

An abortion clinic in Shreveport, La., June Medical Services LLC, and three doctors who perform the procedure appealed to the Supreme Court.

That puts the spotlight particularly on Justice Kavanaugh, whose remarks and writings, which have praised the dissent in Roe and supported a Trump administration policy to prevent an underage illegal immigrant from obtaining an abortion, have given hope to abortion opponents.

However, the focus may equally fall on Chief Justice John Roberts, who typically has voted against abortion-rights positions in Supreme Court cases—but he also has stressed an institutional interest in distinguishing the courts from political bodies, where outcomes on legislation can swing wildly based on the latest election results. For that reason, he may be hesitant to overrule even a decision he opposed simply because Justice Kennedy’s retirement presents an opportunity.

In February 2019, he joined the court’s liberal wing to block implementation of the Louisiana law while the appeal proceeded; four other conservatives dissented, although Justice Kavanaugh appended a statement suggesting he was taking a middle ground. He said he wasn’t persuaded that the Louisiana doctors had fully explored opportunities to obtain hospital-admitting privileges.

Should a frontal assault on recent precedent alienate the chief justice or another conservative justice, it probably would end prospects for similar admitting-privilege laws.

But the door could remain open for other abortion restrictions that aren’t covered by existing precedent, particularly if the court signals a readiness to pare back the ability of abortion providers to challenge regulations, or suggests it is more inclined to defer to legislative judgments regarding the safety of abortions rather than evidence, such as scientific research or the views of the medical profession, presented at trial court.