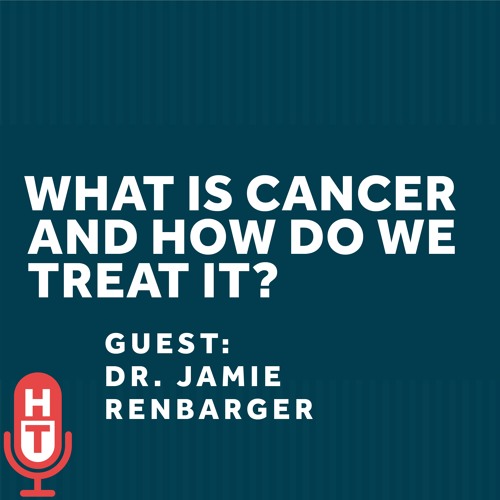 This month on the HCT Podcast, we’re talking to Dr. Jamie Renbarger, a pediatric oncologist and researcher. Dr. Renbarger tells us about what cancer is, the huge variety of cancer types, and some of the astonishing advances in treatment.

This episode of the Healthcare Triage podcast is presented in association with the Indiana University School of Medicine, whose mission is to advance health in the state of Indiana and beyond by promoting innovation and excellence in education, research, and patient care.

As always, you can find the podcast in all the usual places, like iTunes and Soundcloud.

The idea of using the body’s immune system to fight cancer has been around for a century, but only in the past half a dozen years have dramatic breakthroughs begun rocking the medical world.

“That’s when the tsunami came,” says Drew Pardoll, director of the Bloomberg-Kimmel Institute for Cancer Immunology at Johns Hopkins University, and those advances are spawning hundreds of clinical trials nationwide, plus generating intense interest from patients, physicians and investors.

Many cancer researchers compare the progress to medical milestones such as the discovery of penicillin or the development of chemotherapy. Over the next decade, the growth in the field will be “exponential,” predicts Philip Greenberg, head of the immunology program at the Fred Hutchinson Cancer Research Center. “Making something better is enormously different than making something work that doesn’t work.”

At the same time, researchers remember the past anti-cancer efforts that fizzled after initially showing promise. That explains the consensus sentiment at this week’s international immunotherapy conference in New York: Turning science into cures will take years of perseverance against daunting hurdles.

Here’s a primer about new treatments and how they work: