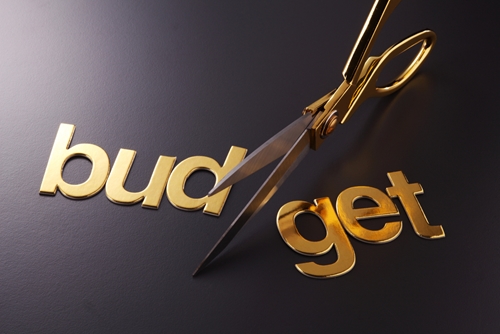 The report looked at multiple measures—from sequestration to cuts in Medicare payments for bad debt, hospital coding and documentation adjustment and clarifications to the three-day payment window—to project the cumulative losses between 2010 and 2028.

The single most costly changes they found? Adjustments to Medicare Severity Diagnosis Related Groups documentation and coding, which is expected to add up to $79.3 billion in cuts over that time period.

Here’s a look at what else they took into account:Sequestration

Among the reductions taken into account under sequestration, the Budget Control Act of 2011 imposed across-the-board cuts in federal spending, including a 2% reduction in Medicare payments after April 1, 2013. Sequestration cuts have since been extended several times to stretch through fiscal 2027.
Estimated cost: $73.1 billion by 2028.

The group took multiple pieces of legislation into account, namely the Affordable Care Act, which required cuts to federal DSH payments beginning in 2014 to account for the decrease in uncompensated care anticipated under health insurance coverage expansion. It was delayed but will take effect in 2020 and extend through 2025.
Estimated cost: $25.9 billion between 2020 and 2025

The Bipartisan Budget Act of 2015 modified the CMS definition of provider-based off-campus hospital outpatient departments so only those off-campus PBDs that were billing under CMS’ outpatient prospective payment system prior to November 2015 could continue to bill under the OPPS starting in 2017. Off-campus PBDs would otherwise be eligible under reimbursements from other payment schedules.
Estimated cost:  $13.2 billion between 2017 and 2028

The Medicare Access and CHIP Reauthorization Act of 2015 capped Medicare reimbursements to post-acute care facilities by no more than 1% in fiscal 2018. Further, the Bipartisan Budget Act of 2018 continued restricting inflation-based payment increases for home health services starting in fiscal 2020.
Estimated cost: $6.1 billion between 2018 and 2028.

The Bipartisan Budget Act of 2018 extended the definition of post-acute care providers to include hospitals, which meant patients who are discharged from an IPPS hospital to a hospital will result in a reduced payment to the hospital starting in fiscal 2019.
Estimated cost: $5.5 billion

Under the Middle-Class Tax Relief and Job Creation Act of 2012, bad debt reimbursement was phased down to 65%.
Estimated cost: $5 billion between 2013 and 2028.

This refers to the American Jobs and Closing Tax Loopholes Act of 2010, which was meant to prevent unbundling of related services within three days of an inpatient admission.
Estimated cost: $4.2 billion in 2010 and 2011.

Two major hospital groups suggested separately that CMS had overstepped its legal authority in proposals for next year.

The administration has touted site-neutral payment policies as a way to rationalize reimbursement.

Industry groups contend that site-specific costs should be considered when calculating rates.

The proposals intersect with administration efforts to reduce drug costs.

Hospital groups did not pass up the opportunity to make their displeasure known, and they hinted that legal action to block the proposal could be warranted.

Among the more than 2,800 comments received, there were some unsurprisingly unhappy responses from the American Hospital Association (AHA), America’s Essential Hospitals (AEH), and others who had already expressed their general opposition the government’s plan when it was announced in July.

Both groups added detail to their feedback Monday and accused the Centers of Medicare & Medicaid Services (CMS) of pursuing changes beyond its legal authority.

“The AHA is deeply disappointed in certain proposals that CMS has chosen to set forth in this rule, which run afoul of the law and rely on the most cursory of analyses and policy rationales,” AHA Executive Vice President Thomas P. Nickels wrote. “Taken together, they would have a chilling effect on beneficiary access to care and new technologies, while also dramatically increasing regulatory burden.”

The AHA objects specifically to three items in the CMS proposal:

“We are deeply concerned about several provisions of the proposed rule that exceed the agency’s statutory authority and would have a disproportionately negative impact on essential hospitals—those that provide stability and choice for people who face barriers to care,” Siegel wrote.

CMS Administrator Seema Verma has touted the so-called “site-neutral” payment proposal as an effort to rationalize the way the federal government reimburses services, saying it doesn’t make sense for taxpayer-funded healthcare programs to pay different rates depending upon the site of service.

“It’s a great example of some of the bizarre things in the Medicare program that just don’t make sense and that are actually having a perverse incentive on the entire healthcare delivery system,” Verma said.

In a comment on behalf of about 4,000 hospitals and 165,000 other providers, Premier Senior Vice President of Public Affairs Blair Childs contended that there are key differences between PBDs and physician practices that should be taken into account in CMS reimbursement decisions.

“At a time when providers are adopting population health strategies that seek to limit inpatient care when it is safe and medically appropriate, we are concerned that CMS’ over-reach is counterproductive and will have negative consequences for beneficiaries,” Childs wrote. “In lieu of expansive site-neutral payment policies, CMS should focus on methods to encourage providers to adopt risk-based alternative payment models”

Less than 20% of the comments received by CMS had been released publicly as of Tuesday morning, but major industry groups released their comments publicly on their own, reflecting a variety of concerns beyond the site-neutral payment policy. The Pew Charitable Trusts, for example, focused on a request for information in the proposal pertaining to the Competitive Acquisition Program.