As policymakers and the administration focus on high drug prices, the brand drugmaker lobby has responded by unleashing millions of dollars in an attempt to shift blame.

They’ve blamed price gouging scandals on a “broken system” and claim to want to reform. They bankroll more than 1,400 lobbyists along with many “patient groups” and so-called “experts” to carry these messages to the media outlets and politicians on whom they lavish millions in advertising dollars and campaign contributions.

However, their polling numbers remain as low as before their advertising blitz began as Americans have overwhelmingly negative views of drugmakers and the pricing schemes of “Pharma Bro” Martin Shkreli and others who increased drug prices simply because they found that they could.

The response from the drugmaker lobby has been to rollout slick public relations slogans like “Share the Savings” and “Let’s Talk About Cost” that use fancy infographics in an attempt to move the conversation away from those setting the price of the drug (drug companies) to everyone else who uses or pays for their products, like employers, hospitals, pharmacy benefit managers, insurers, and others.

This isn’t surprising and certainly not unpredictable, but ignores the basic challenge facing drug companies: no amount of money can change the fact that Republicans and Democrats know the problem is high drug prices and that drugmakers alone set those prices.

So despite all this overwhelming lobbying and financial firepower, the question remains: Why are drugmakers losing?

In the recent budget bill, drugmakers were singled out by both parties to pay billions more in discounts to help seniors in the Medicare prescription drug benefit “donut hole.”

This comes as states across the country are taking a harder look at drugmaker pricing schemes and passing legislation in California and Nevada that faced significant pushback from drug companies (and their surrogates).

Like the emperor who wore no clothes, drugmakers have confused politician’s fear of speaking out against them with support for their pricing practices. It appears that most politicians will tolerate, but not believe in the drug lobby’s messages or goals.

Drug manufacturers have a number of options to alter public perception of their pricing strategies. They can assert that their products are a great value at any price but there is definitely a level where that argument fails. They can also compete on price and refrain from automatic pricing increases that obviously impact healthcare affordability.

Instead, they peddle distracting narratives and government mandates that undermine federal programs and result in huge industry profit windfalls. One recent example would be to prevent brand discounts and rebates from being used to lower premiums for seniors.

According to the White House’s budget proposal, this mandate alone would cost the government about more than $42 billion and lead to higher premiums for Medicare beneficiaries.

This is yet another distraction from the real problem of excessive drug pricing. If the drugmakers were truly concerned about affordability, the drug companies would simply reduce their prices. That would have a direct impact on the cost of health care to every American consumer.

Simply put, drugmakers have failed to give policymakers the one thing they need: real solutions that reduce costs. They’ve offered no solutions that score savings — in fact, they all raise costs.

Their relentless, ongoing PR blitz is simply an effort to pass the buck and direct attention away from their pricing strategies. The drug lobby has underestimated the one politician, with whom their money and power doesn’t carry much weight: President Trump. It was only last year that he said drugmakers were “getting away with murder.”

If the record is any indicator, he still thinks Big Pharma is one of the creatures lurking in the swamp he intends to drain. 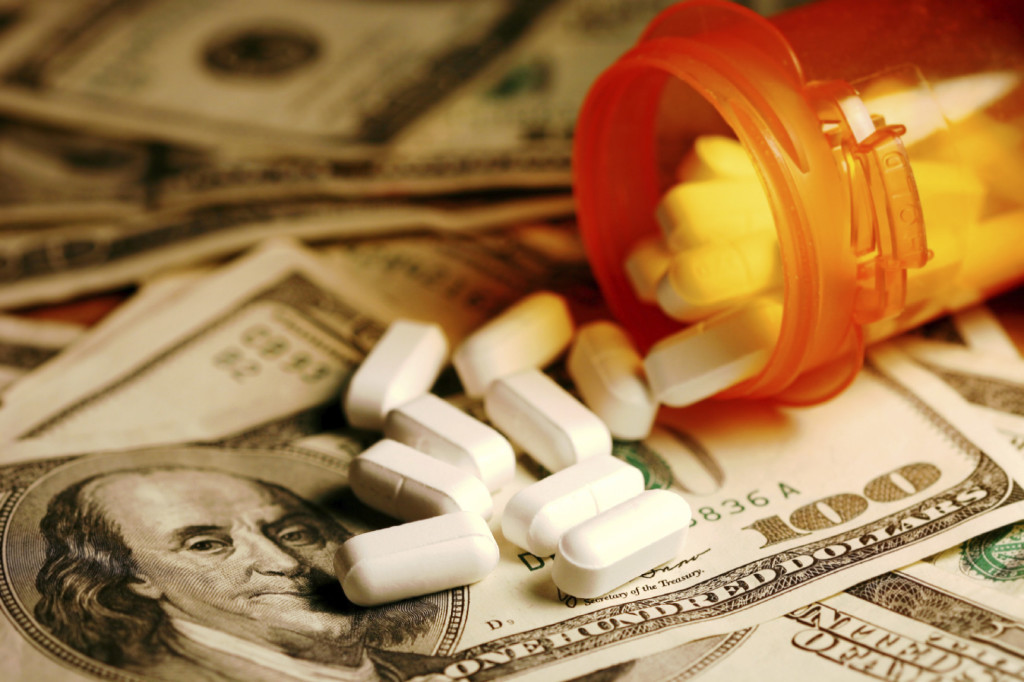 Large drugmakers this spring have seen a decline in the the percentage of Americans who view them unfavorably, according to weekly national surveys of thousands of U.S. adults.

The Pharmaceutical Research and Manufacturers of America, the industry’s largest trade group, took action in January to revamp its public image by rolling out a multiyear ad campaign that promotes breakthrough medicines. The drug lobby, which consistently outspends other industries in an effort to exert influence on Capitol Hill, spent $245 million last year, an increase of more than $18 million since 2013, according to the Center for Responsive Politics.

The shift in public opinion has occurred amid GOP efforts to overhaul the nation’s health insurance system and the high-profile battle over the Affordable Care Act. The White House has prioritized replacing the 2010 ACA over lowering drug prices, though newly installed Food and Drug Administration Commissioner Scott Gottlieb announced last month that his agency is looking for ways to reduce some costs to consumers.

Since the House GOP health care legislative effort began in earnest in March, some of the most unpopular drugmakers have seen declines in the percentage of Americans who view them unfavorably. Still, favorability rankings for drugmakers have not improved significantly.

Some of the most-liked drugmakers include Johnson & Johnson and Bayer — the most well-known drug manufacturers among U.S. consumers.

Results are based on online surveys, with a nationally representative sample of adults, that ask participants if they have a favorable or unfavorable impression of certain companies.

Pfizer, which last year killed a proposed $160 billion merger with Allergan after the Obama administration announced new rules on tax inversions, had the highest unfavorability percentage among drugmakers tracked in March, at 29 percent. As of June 5, that figure had fallen to 12 percent.

Gallup polling released last week showed majority support–58%–for replacing the Affordable Care Act with a federally funded health system. The same poll found 51% support for repealing the ACA. There is a basic point that often gets lost in reaction to poll findings like these: They measure the public’s initial response to ideas and words, and proposals such as single payer or ACA repeal that people associate with candidates–but they don’t tell us much about the likely level of support for a policy if there is a real debate about legislation before Congress, with winners and losers laid bare.

It’s always a fair bet that support would decline for big changes that come with big trade-offs–whether it is single-payer health care or ACA repeal or something else–but there is no way to know those levels in advance, and support could rise or fall depending on how a legislative debate plays out. Consider single-payer health care as an example. In February, the Kaiser Family Foundation monthly tracking poll simulated some of the arguments the public might hear in a debate about single payer.

“The public’s view of health reform is a combination of appreciation of the tangible effects of the ACA and deep reservations about the law flowing from partisan and political distrust,” the authors concluded. “However, the sustained battle over health reform may not preclude incremental changes that advance each party’s agenda within the ACA framework.” Looking ahead, they suggest that “an era of grand vision may transition to one characterized by the slow grind of the legislative process.”