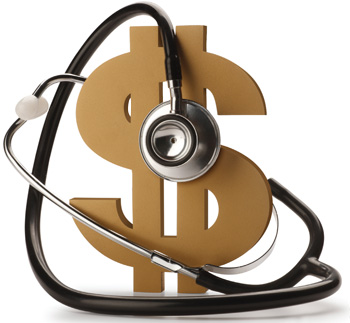 The issue: More than half of U.S. hospitals lose money, at least on patient care. But some hospitals are very profitable, with the top 10 earning more than $163 million, the authors report. Crunching the data points to some important factors in whether hospitals make or lose money, including whether they are part of a large hospital group, enjoy market or regional dominance, and have a higher proportion of patients covered by private insurance.

The takeaway: A hospital’s status as a nonprofit or for-profit has virtually no significance when it come to the question of making money—but other factors, like local market power, make a big difference.

To identify the characteristics of the most profitable US hospitals, we examined the profitability of acute care hospitals in fiscal year 2013, measured as net income from patient care services per adjusted discharge. Based on Medicare Cost Reports and Final Rule Data, the median hospital lost $82 for each such discharge. Forty-five percent of hospitals were profitable, with 2.5 percent earning more than $2,475 per adjusted discharge. The ten most profitable hospitals, seven of which were nonprofit, each earned more than $163 million in total profits from patient care services. Hospitals with for-profit status, higher markups, system affiliation, or regional power, as well as those located in states with price regulation, tended to be more profitable than other hospitals. Hospitals that treated a higher proportion of Medicare patients, had higher expenditures per adjusted discharge, were located in counties with a high proportion of uninsured patients, or were located in states with a dominant insurer or greater health maintenance organization (HMO) penetration had lower profitability than hospitals that did not have these characteristics. These findings can inform policy reforms, while providing a baseline against which to measure the impact of any subsequent reforms.