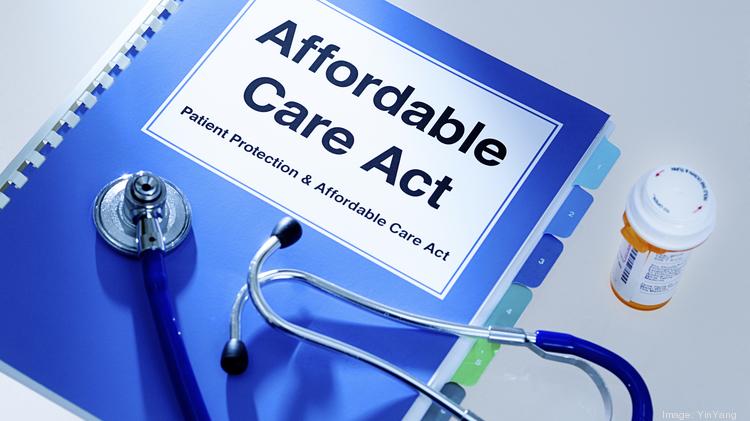 The Trump administration is urging states to tear down pillars of the Affordable Care Act, demolishing a basic rule that federal insurance subsidies can be used only for people buying health plans in marketplaces created under the law.

According to advice issued Thursday by federal health officials, states would be free to redefine the use of those subsidies, which began in 2014. They represent the first help the government ever has offered middle-class consumers to afford monthly premiums for private insurance.

States could allow the subsidies to be used for health plans the administration has been promoting outside the ACA marketplaces that are less expensive because they provide skimpier benefits and fewer consumer protections. In an even more dramatic change, states could let residents with employer-based coverage set up accounts in which they mingle the federal subsidies with health-care funds from their job or personal tax-deferred savings funds to use for premiums or other medical expenses.

If some states take up the administration’s offer, it would undermine the ACA’s central changes to the nation’s insurance system, including the establishment of nationwide standards for many kinds of health coverage sold in the United States.

Another goal of the ACA, the sprawling 2010 law that was President Barack Obama’s preeminent domestic accomplishment, was to concentrate help on the individual insurance market serving people who do not have access to affordable health benefits through a job. Prices were often out of control and discrimination against unhealthy people was more prevalent before the ACA imposed required benefits, prohibited insurers from charging more to people with preexisting conditions and created a federal health exchange and similar state-run marketplace in which private insurance companies compete for customers.

The ACA health plans have been the only ones for which consumers can use the subsidies, designed to help customers with incomes up to the middle class — 400 percent of the federal poverty line — afford the premiums.

The new advice, called “waiver concepts” because they are ideas for how states could get federal permission to deviate from the law’s basic rules, stray from both of those goals. And it would allow states to set different income limits for the subsidies — higher or lower than the federal one.

The day before they were released by Seema Verma, administrator of the Department of Health and Human Services’ Centers for Medicare and Medicaid Services, an analysis by the Brookings Institution questioned the legality of the content and method of these concepts. The analysis by Christen Linke Young, a Brookings fellow and HHS employee during the Obama administration, contends that “there are serious questions” about whether the changes are allowable under the law and that “at the very least, it is likely invalid” for CMS to issue the advice to states without going through the formal steps to change federal regulations.

In a statement Thursday, HHS Secretary Alex Azar said: “The Trump administration is committed to empowering states to think creatively about how to secure quality, affordable healthcare choices for their citizens.” He said the four recommendations issued Thursday, including new accounts in which consumers could pool federal subsidies and other funds, are intended to “show how state governments can work with HHS to create more choices and greater flexibility in their health insurance markets, helping to bring down costs and expand access to care.”

In a midday speech before a gathering of the conservative American Legislative Exchange Council, Verma delivered a broadside against the health-care law in explaining the rationale for freeing states to rework health policies on their own. “It was such a mistake to federalize so much of health care in the ACA,” said Verma, who worked as a consultant to states before becoming one of Trump’s senior health-care advisers. While the law sought to make health coverage more available and affordable, she said, “the insurance problem has not been solved. For many Americans it’s even been made worse.”

In urging states to consider the changes, CMS is renaming a provision of the law, known as 1332, which until now has mainly been used to give states permission to create programs to ease the burden on insurers of high-cost customers. CMS is switching the name to “State Relief and Empowerment Waivers,” emphasizing the administration’s desire to hand off health-care policies to states.

The changes go beyond a variety of other steps Trump administration health officials have taken in the past year to weaken the ACA, which the president has opposed vociferously.

Until now, they have focused on bending the ACA’s rules for health plans themselves. The administration has rewritten regulations to make it easier for Americans to buy two types of insurance that is relatively inexpensive because it does not contain all the benefits and consumer protections that the ACA typically requires.

The new steps go further by undercutting the basic ACA structure of the individual insurance marketplaces created for those who cannot get affordable health benefits through a job.

During a conference call with journalists, Verma said that no state would be allowed to retreat from a popular aspect of the ACA that protects people with preexisting medical conditions from higher prices or an inability to buy coverage.

She said that, in evaluating states’ proposals, CMS would focus on several considerations, including whether changes would foster comprehensive coverage and affordability and would not increase the federal deficit. She said federal officials would favor proposals that help, in particular, low-income residents and people with complex medical problems.

Verma reiterated an administration talking point that insurance rates have escalated since the ACA was passed and that health plan choices within ACA marketplaces have dwindled. However, the current ACA enrollment period, lasting until mid-December, is different from the previous few because prices for the most popular tier of coverage have stabilized in many places and more insurers are taking part in the marketplaces.