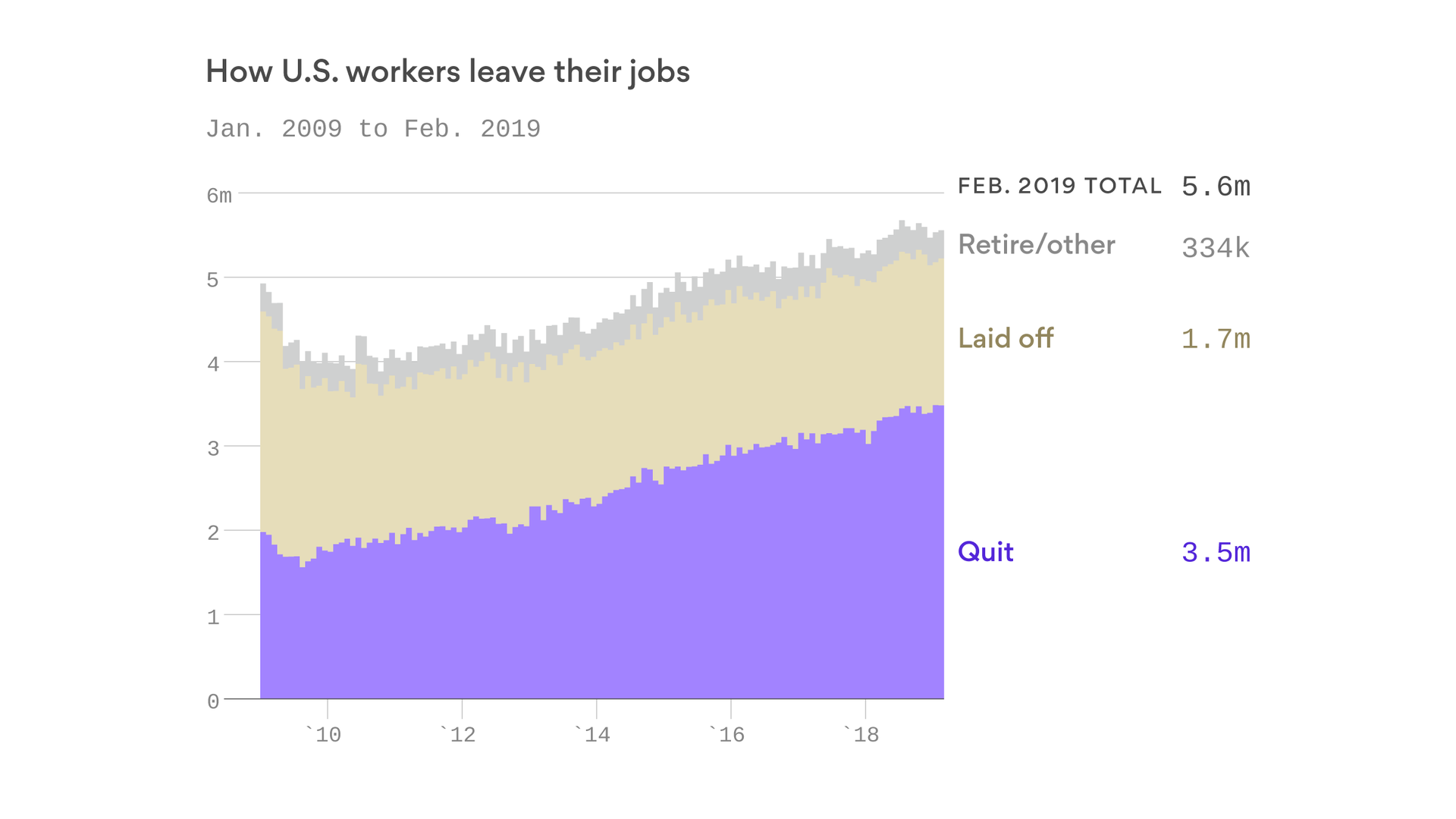 Millions of Americans lose their health insurance plans every month, by leaving the job through which they got that coverage, Axios’ Bob Herman reports.

Why it matters: Critics and skeptics of “Medicare for All” worry about eliminating people’s existing coverage because most people are relatively satisfied with their employer-based plans.

By the numbers: More than 66 million Americans voluntarily quit their jobs, were laid off or otherwise separated from their employers in 2018, and that high turnover rate has continued into 2019, according to data from the Bureau of Labor Statistics.

Details: The BLS data does not measure whether separated jobs offered health insurance.

The bottom line: Behavioral economics teaches that people don’t like to lose what they have, a concept known as “loss aversion.”