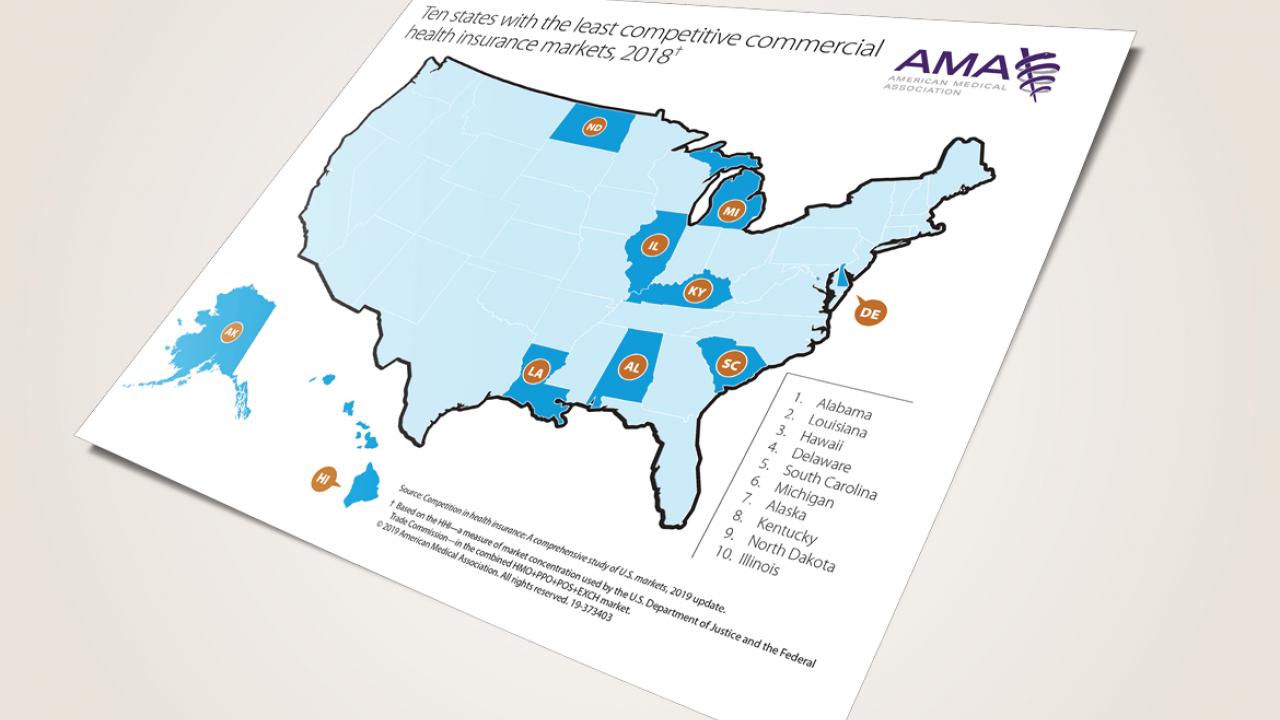 In 2018, 75 percent of commercial health insurance markets were highly concentrated, according to a study published by the American Medical Association.

For its study, AMA analyzed market concentration in 382 metropolitan areas across the nation. AMA estimated that 73 million Americans with commercial health plans live in highly concentrated markets and don’t have many health plans to choose from.

“Americans in three-quarters of commercial health insurance markets have a limited number of health insurers from which to choose,” AMA President Patrice Harris, MD, said in a prepared statement. “In almost half of metropolitan areas, a single health insurer has 50 percent or more of the market, and patients are not benefiting from this degree of market power. While health insurers grow corporate profits, networks are too narrow, premiums are too high, and benefits are too watered down.”