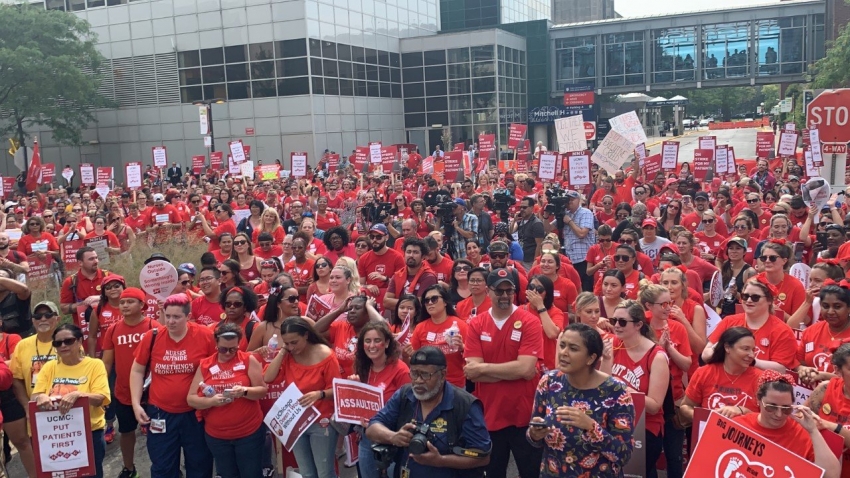 The nurses are represented by the Illinois Nurses Association, and both sides had been negotiating a new contract since early spring. Nurses had worked without a contract since May 9 and went on strike July 4.

Pay and benefits have been key sticking points at the bargaining table. Additionally, the Illinois Nurses Association had claimed the hospital was not adequately addressing staffing issues.

“While a majority of nurses voted for this contract, there are still many nurses who want to see more progress on safe staffing,” said Pat Meade, RN, one of the lead union negotiators. “We will continue the fight for safe staffing through enforcement of our contract and in Springfield.”

In an emailed statement to Becker’s, hospital spokesperson Tim Nelson said Amita Health is pleased with the agreement and called it “fair and just for all involved.”

The hospital hired temporary nurses from an outside agency to fill in during the strike.

Mr. Nelson said the hospital’s nurses will return to work July 22 for their regularly scheduled shifts.