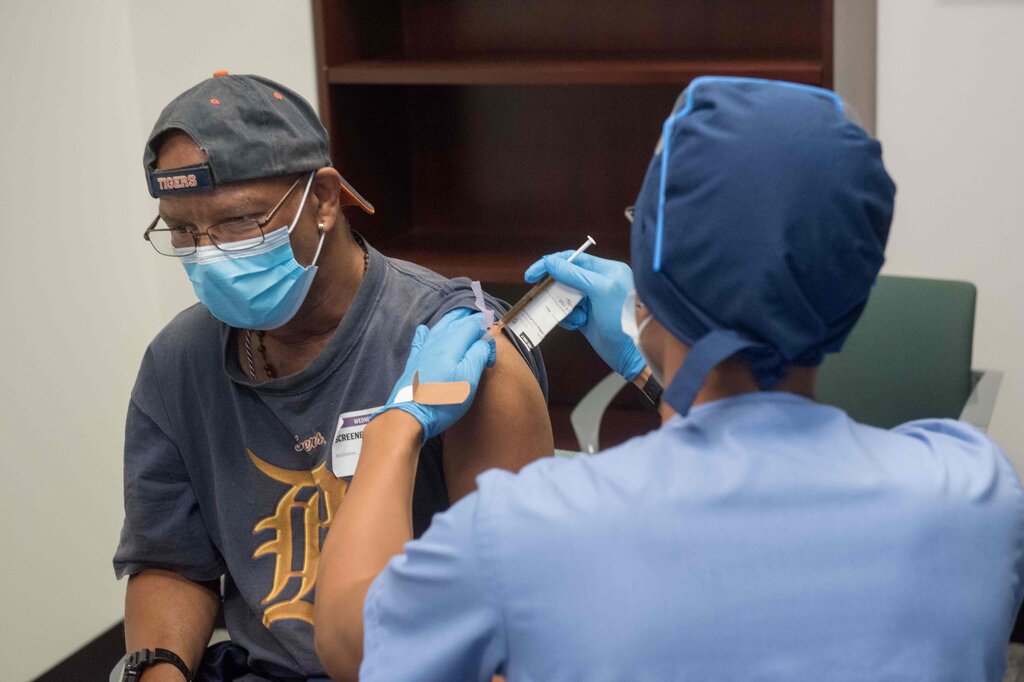 As President Trump pushes the possibility of a vaccine this year, the C.D.C. has outlined technical scenarios to state public health officials for an unidentified Vaccine A and Vaccine B.

The Centers for Disease Control and Prevention has notified public health officials in all 50 states and five large cities to prepare to distribute a coronavirus vaccine to health care workers and other high-risk groups as soon as late October or early November.

The new C.D.C. guidance is the latest sign of an accelerating race for a vaccine to ease a pandemic that has killed more than 184,000 Americans. The documents were sent out on the same day that President Trump told the nation in his speech to the Republican National Convention that a vaccine might arrive before the end of the year.

Over the past week, both Dr. Anthony S. Fauci, the country’s top infectious disease expert, and Dr. Stephen Hahn, who heads the Food and Drug Administration, have said in interviews with news organizations that a vaccine may be available for certain groups before clinical trials have been completed, if the data is overwhelmingly positive.

Public health experts agree that agencies at all levels of government should urgently prepare for what will eventually be a vast, complex effort to vaccinate hundreds of millions of Americans. But the possibility of a rollout in late October or early November has heightened concerns that the Trump administration is seeking to rush the distribution of a vaccine — or simply to hype that one is possible — before Election Day on Nov. 3.

For an administration that has struggled with the logistical challenges of containing the coronavirus, the distribution of millions of vaccines that must be stored in subzero temperatures and provided first to high-risk groups through America’s flawed, fragmented health care system would be a daunting challenge. Even the C.D.C.’s guidance acknowledged that its plan was hypothetical and based on the need to immediately begin organizing the gigantic effort that would be required if the F.D.A. were to allow the use of a vaccine or two this year.

The C.D.C. plans lay out technical specifications for two candidates described as Vaccine A and Vaccine B, including requirements for shipping, mixing, storage and administration. The details seem to match the products developed by Pfizer and Moderna, which are the furthest along in late-stage clinical trials. On Aug. 20, Pfizer said it was “on track” for seeking government review “as early as October 2020.” 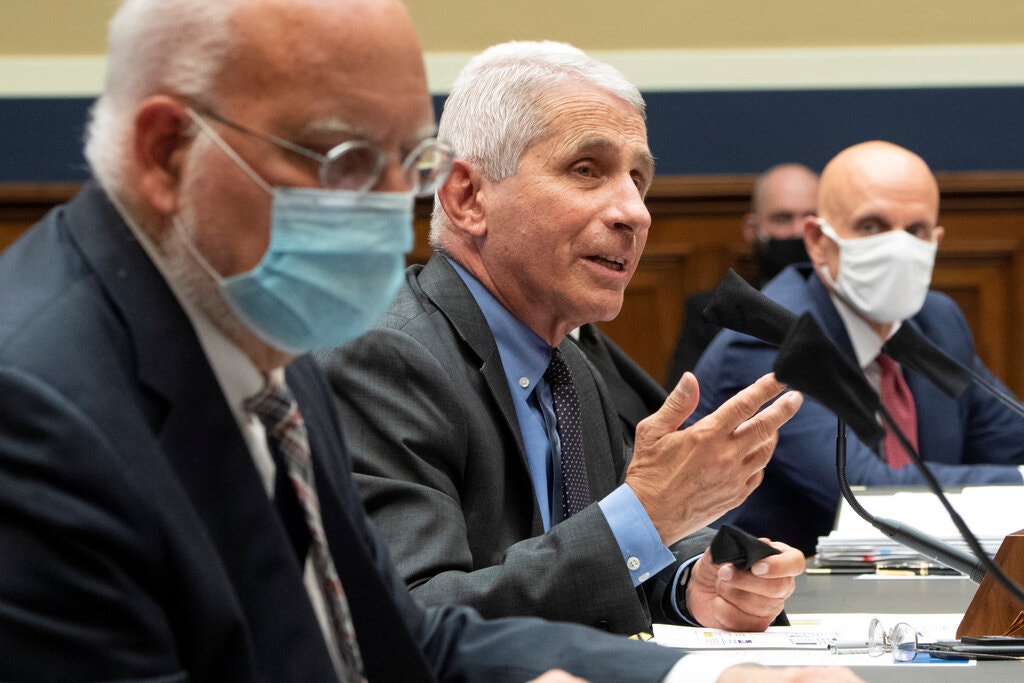 “This timeline of the initial deployment at the end of October is deeply worrisome for the politicization of public health and the potential safety ramifications,” said Saskia Popescu, an infection prevention epidemiologist based in Arizona. “It’s hard not to see this as a push for a pre-election vaccine.”

Three documents were sent to public health officials in all states and territories as well as officials in New York, Chicago, Philadelphia, Houston and San Antonio on Aug. 27. They outlined detailed scenarios for distributing two unidentified vaccine candidates, each requiring two doses a few weeks apart, at hospitals, mobile clinics and other facilities offering easy access to the first targeted recipients.

The guidance noted that health care professionals, including long-term care employees, would be among the first to receive the product, along with other essential workers and national security employees. People 65 or older, as well as Native Americans and those who are from “racial and ethnic minority populations” or incarcerated — all communities known to be at greater risk of contracting the virus and experiencing severe disease — were also prioritized in the documents.

That’s a positive development, “so it doesn’t just all wind up in high-income, affluent suburbs,” said Dr. Cedric Dark, an emergency medicine physician at Baylor College of Medicine in Texas.

The C.D.C. noted in its guidance that “limited Covid-19 vaccine doses may be available by early November 2020.” The documents were dispatched the same day that Dr. Robert Redfield, director of the C.D.C., sent a letter to governors asking them to prepare vaccine distribution sites by Nov. 1, as McClatchy reported.

The agency also said its plans were as yet hypothetical, noting, “The Covid-19 vaccine landscape is evolving and uncertain, and these scenarios may evolve as more information is available.” A C.D.C. spokeswoman confirmed that the documents were sent but declined to comment further.

Many of the details listed for the two vaccines — including required storage temperature, the number of days needed between doses, and the type of medical center that can accommodate the product’s storage — match what Pfizer and Moderna have said about their products, which are based on so-called mRNA technology. Neither company responded to requests for comment.

The scenarios, which assume that the two vaccines will demonstrate sufficient safety and effectiveness for an emergency authorization from the F.D.A. by the end of October, noted that Vaccine A, which seems to match Pfizer’s, would have about two million doses ready within this time frame, and that Vaccine B, whose description matches Moderna’s, would have about one million doses ready, with tens of millions of doses of each vaccine ready by the end of the year. Although it’s possible that some promising preliminary data may emerge by the end of October, experts are skeptical.

“The timeline that’s reported seems a bit ambitious to me,” Dr. Dark said. “October’s like 30 days away.”

Trials that test a vaccine’s effectiveness can take years to yield reliable results. It’s possible to draw conclusions sooner “if there is an overwhelming effect” in which vaccinated people appear to be far better protected from disease, said Padmini Pillai, a vaccine researcher and immunologist at M.I.T.

But there can be significant risks in approving a vaccine for broad use in the public before Phase 3 clinical trials involving tens of thousand of participants are completed. Rare but dangerous side effects may only surface over time, after such large numbers of people have received the vaccine.

And data gathered early in a trial might not hold true months down the line. Researchers also need time to test large numbers of people from a variety of backgrounds to determine how well the vaccine works in different populations — including the vulnerable communities identified in the guidelines.

Should any of these snags occur, Dr. Pillai said, “all of this together could diminish public trust in the vaccine.”

James S. Blumenstock, senior vice president of pandemic response and recovery at the Association of State and Territorial Health Officials, confirmed that the three C.D.C. documents were sent to all state and territorial health departments last week. “It is now the time to enhance organizational structure and involve all partners in this planning process going forward,” he said.

Lisa Stromme, a spokeswoman for the Washington State Department of Health, said that her state’s health officials were still at “a very early stage in a planning process,” but were already working toward developing infrastructure that would accommodate the assumptions laid out by the C.D.C.

The C.D.C. documents said that public health administrators should review lessons learned from the 2009 H1N1 pandemic vaccination campaign, which did not have enough doses at the beginning to meet demand.

“It’s good to have a plan out for hospitals and health care systems to prepare” for a potential rollout, said Dr. Taison Bell, a pulmonary and critical care physician at the University of Virginia. But Dr. Bell added that he was concerned that the timeline outlined in the documents “is incredibly ambitious and makes me worry that the administration will prioritize this arbitrary deadline rather than maintaining diligence with following the science.”

The technical comparison of Vaccine A and Vaccine B has some echoes of what was discussed at an Aug. 26 meeting of the Advisory Committee on Immunization Practices of the C.D.C. At the meeting, Dr. Kathleen Dooling, a C.D.C. medical officer, laid out three scenarios: Vaccine A, or the Pfizer vaccine, is approved, Vaccine B, the Moderna vaccine, is approved, or both. The requirement that Pfizer’s vaccine be stored at minus 70 degrees Celsius would mean that it couldn’t be administered at most small sites, she said. The C.D.C. documents noted that orders of Vaccine A would go “to large administration sites only.” The Moderna vaccine requires storage at minus 20 degrees Celsius.

The C.D.C. documents said the vaccine would be free to patients, but that providers might not be reimbursed for administrative costs if the vaccine was given an emergency authorization, rather than a standard approval.

Experts worry that the process is unlikely to go off without a hitch, given the last-minute scramble and the mixed messaging so far. “I think distribution is going to be very tricky for the vaccine, particularly if there is a cold storage requirement,” Dr. Bell said.

There are also likely to be challenges administering both doses of the proposed vaccines, which must be given weeks apart, Dr. Dark said. “How are you going to make sure people get both?”