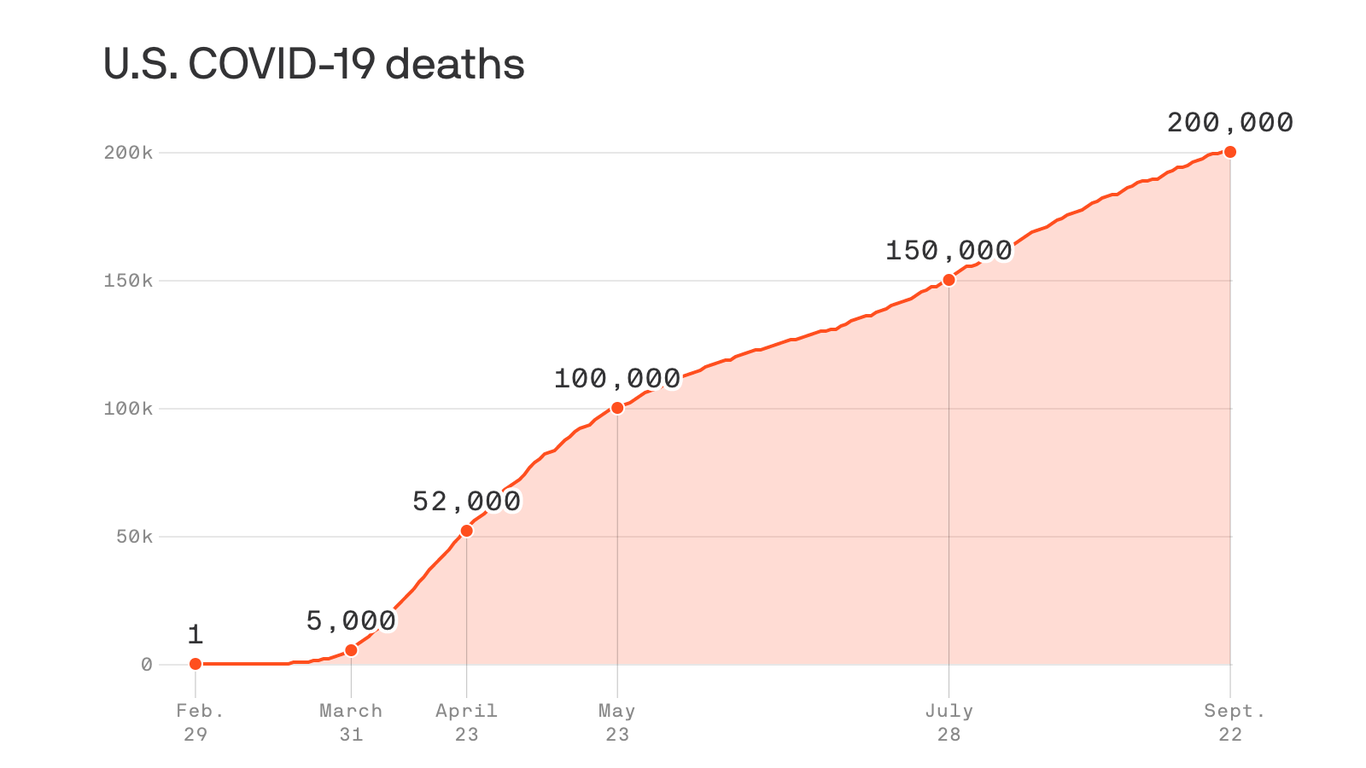 The coronavirus has now killed 200,000 Americans, according to Johns Hopkins data.

The big picture: Whatever context you try to put this in, it is a catastrophe of historic proportions — and is yet another reminder of America’s horrific failure to contain the virus.

This crisis has hit people of color especially hard.

And deaths keep coming — we’re averaging roughly 830 per day — even as the country increasingly sees the pandemic as background noise, as live sports resume and schools reopen and interest in news about the pandemic wanes.

Between the lines: The percentage of infected people who ultimately die from the coronavirus is lower now than it was in the outbreak’s earliest months, partly because doctors have gotten better at treating the virus and partly because outbreaks are now occurring within younger and lower-risk groups.