Ten nurse unions in Michigan are accusing McLaren Health Care of not being transparent about its finances and personal protective equipment supply during the COVID-19 pandemic, but the health system said it has shared some of that information.

Many of the nurse unions have filed unfair labor practice charges with the National Labor Relations Board, alleging that by not sharing information with front-line healthcare workers the Grand Blanc, Mich.-based health system is violating federal labor law, a media release from the Michigan Nurses Association states.

According to the association, each of its 10 unions received a letter from the health system May 15, in which the system refused to divulge how much funding it received in federal COVID-19 grants. The health system also has refused to provide details about its protective gear inventory, the unions allege.

“The fact that they won’t share basic financial information with those of us working on the front lines makes you wonder if they have something to hide,” said Christie Serniak, a nurse at McLaren Central Michigan hospital in Mount Pleasant and president of the Michigan Nurses Association affiliate.

But the health system maintains it has been transparent and has worked with labor unions and bargaining units across the system since the beginning of the coronavirus pandemic.

“We’ve openly shared information about our operations, the challenges of restrictions on elective procedures, our plans for managing influxes of patients and our supplies of personal protective equipment,” Shela Khan Monroe, vice president of labor and employment relations at McLaren Health Care told Becker’s Hospital Review.

Ms. Khan Monroe said that the information has been shared through weekly meetings, departmental meetings and several union negotiation sessions over the last two months.

The unions also say that the health system has not offered its workers hazard pay or COVID-19 paid leave that is on par with other systems. They say that only workers who test positive for COVID-19 can take additional paid time off.

In a written statement, McLaren disputed the union’s claims about employee leave, saying that employees “dealing with child care and other COVID-related family matters” can take time off to care for loved ones.

McLaren did not specify if this time off is paid. Becker’s has reached out for clarification and will update the article once more information is available.

“We have negotiations pending with several of the unions involved in the coalition, and while we are deeply disappointed in these recent tactics, we will continue to work towards productive outcomes for all concerned,” said Ms. Khan Monroe.

Recently, a coalition of unions urged McLaren Health Care executives to reduce their own salaries before laying off employees.

UPDATE: Sept. 25, 2019: Following two days of discussion, Kaiser Permanente has come to an agreement with the Coalition of Kaiser Permanente Unions, which has called off the strike. Under the terms of the four-year tentative agreement, some 85,000 unionized Kaiser employees will receive guaranteed annual wage increases through 2023, additional education, training and advancement opportunities, a defined benefit pension plan, higher travel reimbursement and incentives for using Kaiser’s mail-order prescription service.

The coalition of unions and Kaiser reached a consensus Tuesday following roughly five months of bargaining. The agreement still needs to be ratified by coalition union members. Voting is expected to be completed by the end of October and, if approved, the contract will have an effective date of Oct. 1.

Arlene Peasnall, Kaiser’s interim chief human resources officer, said the company and its workforce “may disagree at times, but we have always been able to work through our challenges to align on common goals,” she said.

The final votes on a Kaiser Permanente strike trickled in over the weekend. The last three unions located in Washington, D.C. and Southern California finished voting on Friday, though a Coalition representative declined to break down votes by individual union.

Union leaders counted 50,884 ‘yes’ votes in support of the strike and 1,348 ‘no’ votes, accounting for 97% and 3% of workers represented by unions under the coalition, respectively.

Kaiser, which has previously blamed worker support for the strike on “misleading” ballot questions, said it would continue to work with the union coalition toward a mutually beneficial outcome. For example, the not-for-profit giant’s most recent contract proposal for its Colorado workers offers guaranteed wage increases and no changes to pension benefits.

“We are offering a proposal that’s fair, equitable, and aligned with our other union agreements,” Arlene Peasnall, Senior Vice President for Human Resources at Kaiser told Healthcare Dive. “We hope the Coalition will not call a strike on October 14. However, we are preparing to deal with all scenarios.”

Support for the strike has continued to mount over the past few months, with labor interests across the country skewering the Oakland, California-based nonprofit provider for soaring profits and what they see as unfair labor practices.

Along with sitting on more than $37 billion in reserves, Kaiser took in more than $5.2 billion in income in the first half of the year alone, heightening scrutiny of the system.

California Governor Gavin Newsom, a Democrat, signed a bill into law earlier this month mandating Kaiser be more transparent within its financial disclosures, including breaking down expenses and revenue on a per-facility basis, revenue by type of payer and rate increases by type of medical service provided starting in 2020.

It’s been almost a full year since the Kaiser workforce’s national contract expired. Kaiser was charged by the National Labor Relations Board for failing to bargain in good faith in December, and union employees have been working without a national contract ever since. 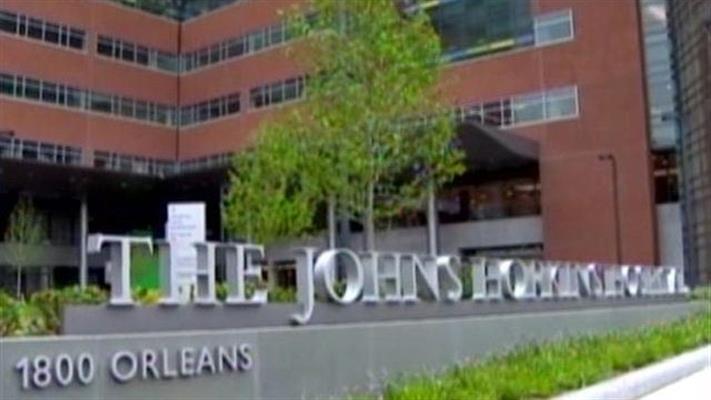 “This settlement makes clear that nurses have the right to form a union, we have a right to speak with our coworkers about a union, and Johns Hopkins does not have the legal right to target and intimidate nurses who engage in union activity,” registered nurse Alex Laslett said in a statement. “We are organizing at Johns Hopkins because we know a union affords nurses the protection we need to advocate freely for the best care for our patients.”

Hopkins reached a settlement of claims filed by the National Nurses Organizing Committee/National Nurses United with the National Labor Relations Board. The board found that the hospital created the impression that union activity would lead to surveillance and unlawful surveillance. The hospital enforced a rule barring nurses access to break rooms in connection with union activity and prohibited nurses from talking about the union at work, the NLRB found.

The settlement requires management to post signs throughout the hospital affirming nurses’ right to unionize. Those signs must be in place by June 14.

“In Catholic social teaching, we teach and believe that all workers have a fundamental human right to organize and to form unions and when an employer such as Johns Hopkins violates this fundamental right, they are acting unjustly and must be held accountable,” Father Ty Hullinger, a pastor in East Baltimore and a member of the Coalition for a Humane Hopkins, said in a statement. “This settlement puts Johns Hopkins on notice that the community is watching their actions and holding them to a standard that is moral and just.”

Officials with the national union said nursing staff at Hopkins asked for help organizing a union to address high turnover due to poor staffing, inadequate equipment and low pay.