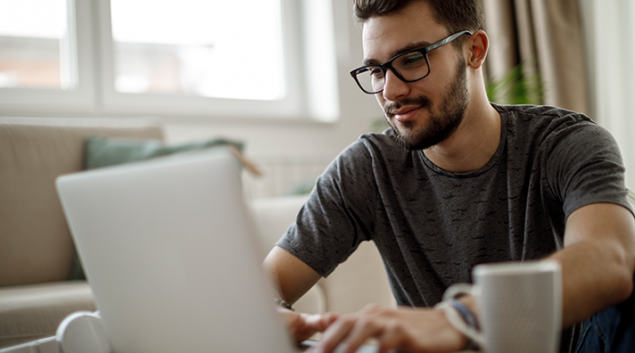 The partnership will give Geisinger’s 1.5 million customers and 13 hospitals a consolidated and personalized healthcare billing experience.

The partnership will give Geisinger’s 1.5 million customers and 13 hospitals a consolidated and personalized healthcare billing experience through VisitPay.

For patients who are offline, the platform provides the option to choose between electronic or paper billing statements.

The COVID-19 pandemic has created “historic financial pressures for America’s hospitals and health systems,” according to the American Hospital Association.

The AHA estimated a financial impact of $202.6 billion in losses for hospitals and health systems between March and June as a result of COVID-19.

As a result, many hospitals and health systems are looking for ways to turn around their finances.

VisitPay has found that using greater price transparency and more personalized and convenient payment options may be the way to do so. The company conducted research showing that while healthcare providers experienced a 47% decline and daily total patient payments between March and May, those who used VisitPay’s platform saw a 10% increase in patient payments.

The platform uses a five-point plan designed to give patients the flexibility they need while keeping them engaged in the financial cycle, ensuring providers sustain revenue.

To help health systems recover financially from the pandemic, Congress allocated $175 million in the Provider Relief Fund of the Coronavirus Aid, Relief, and Economic Security Act and in the Paycheck Protection Program and Healthcare Enhancement Act.

However, many hospitals are still feeling financial burdens and have asked for more assistance.

As they wait for aid, many hospitals have needed to reduce expenses through layoffs and furloughs. Others have created new strategies to recoup lost revenue, some of which include relying on telehealth to continue seeing patients, creating flexible workflows and ensuring positive patient engagements.

“At Geisinger our sole focus is to make health easier for the communities we serve — it is our North Star and guides all of our strategic decisions,” said Kevin Roberts, the executive vice president and CFO at Geisinger. “Partnering with VisitPay is the latest step in that direction and highlights our mission to make healthcare more accessible for our patients, especially given the financial challenges caused by COVID-19. We are thrilled to roll out VisitPay’s solutions as we feel they will be extremely beneficial to our communities.” Piedmont Healthcare is taking a bold approach in its fight against bad debt: The not-for-profit health system now requires patients who’ll be on the hook for the entirety of their bill to pay one-quarter of it before they can receive non-emergent services.

Atlanta-based Piedmont launched the advance payment policy this month. It requires uninsured, self-pay patients and those with high-deductible commercial policies to pay 25% of their bill before they can receive services.

“To move to point-of-service collections is a big shift,” said Joseph Fifer, CEO of the Healthcare Financial Management Association. “To do it even beforehand, that’s even a bigger movement, given where we’re starting from.”

Leaders from Piedmont’s revenue-cycle team told Modern Healthcare in an interview at the HFMA’s annual conference in Orlando, Fla., that the new policy is the latest phase in what has been five years of improved patient education around out-of-pocket costs, including sending patients price estimates—even if patients didn’t ask for them—prior to almost all services.

But they acknowledge not everyone will welcome the change.

“As much as people in healthcare want transparency, they get uncomfortable when you start talking about requirements for things, because requirements mean that a patient may hear ‘no’ to their healthcare,” said Andrea Mejia, Piedmont’s executive director of patient financial care and revenue cycle, “so that gets controversial.”

Like many of its peers, 11-hospital Piedmont shoulders a heavy bad-debt load, or bills that go unpaid that the system expected to be paid, as health insurers increasingly require patients to foot bigger portions of their bills.

The health system’s $250.7 million bad-debt expense in fiscal 2018 was about 8% of its $3 billion in revenue that year—up from 6.5% of revenue the prior year and much higher than the 2% national average the American Hospital Directory calculated in 2017.

Not-for-profit hospitals’ bad debt is projected to increase at least 8% this year as the high-deductible health plan trend continues, according to Moody’s Investors Service.

The HFMA’s Fifer said he couldn’t think of examples of other health systems that have implemented blanket pre-pay policies like Piedmont’s, and said he doesn’t think it’s prevalent.

He called it a “major shift” in an industry that’s long been too focused on back-end collection.

UPMC in Pittsburgh earlier this month scrapped its plan to seek pre-payment from out-of-network Highmark Medicare Advantage members once the academic health system’s consent decrees with Highmark end on June 30.

The policy raises red flags, said Berneta Haynes, senior director of policy and access with the consumer advocacy group Georgia Watch. She said she fears it could hamper access to care and take away patients’ ability to negotiate. “It does have the potential to become a real impediment for folks seeking healthcare,” she said.

It’s not unheard of for hospitals to create pre-payment rules, said Mark Rukavina, business development manager in Community Catalyst’s Center for Consumer Engagement in Health Innovation. When they do, leaders need to ensure the rules don’t create barriers to care. That means screening for financial assistance, informing patients of the financial assistance policy and making exceptions when necessary, such as for cancer patients.

“These kinds of payments, especially if you’re dealing with larger bills, are certainly going to have a chilling effect on people and their willingness or ability to access care,” Rukavina said.

“That’s been the biggest lesson learned so far and pushback we’ve gotten,” he said.

There’s currently no ceiling amount on what patients could be forced to pay before receiving services, but Unell said the system would probably make an exception if 25% ended up being $2,500, for example. Piedmont discounts its billed charges by 70% for self-pay patients.

The new policy is the third in a three-phase collection policy Piedmont has implemented since late 2017. The first phase was 15% pre-pay requirement for walk-in visits, including lab tests and X-rays. It did not apply to the system’s urgent-care clinics. Officials said they wanted to implement the policy in few facilities. The second phase expanded the 15% requirement to scheduled services like surgeries.

For policies like Piedmont’s to be successful, they need to have very good relationships with their referring physicians, TransUnion’s Wiik said. The rub tends to enter when physicians argue that their patients aren’t getting medically necessary services, he said.

In Piedmont’s case, the policy also has the unintended effect of competing with its physicians, some of whom have their own pre-payment policies, Unell said.

Wiik argues that if patients were truly unable to pay the bill, the hospital’s financial assistance policy or Medicaid eligibility would kick in.

“Do you have an inability or an unwillingness to pay?” he said. “There’s a difference.”

Policies like Piedmont’s can be tricky, but the benefit is that they find patients who really can pay who may not have otherwise paid, Wiik said.

While one goal of Piedmont’s policy is probably cash flow, the HFMA’s Fifer said his hunch is the primary driver is engaging patients in a conversation about financial responsibility.

Piedmont has increased its same-store, upfront collections by about 500% since 2014 thanks to revenue cycle improvements it has made in that time, Unell said. The health system has also expanded its back-end patient financing options, including moving more toward monthly payments. The system does not offer discounts to patients who agree to pay in a lump sum right away.

Unell described Piedmont’s revenue-cycle work as a journey, and said the system is constantly evolving based on new information.

“None of this is easy,” Unell said, “and by no means do we have it figured out.”