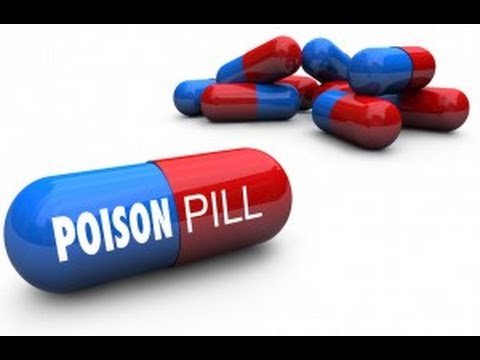 Dallas-based Tenet Healthcare announced March 5 that its board of directors has approved several changes to the company’s corporate governance.

Here are five things to know about the changes.

2. Tenet approved a short-term shareholder rights plan in August 2017, which was designed to protect $1.7 billion in net operating loss carryforwards and ensure the board could protect all shareholder interests as it executed CEO and board changes. Under the poison pill, if any person or entity acquired 4.9 percent or more of Tenet stock, all holders of rights issued under the plan are entitled to acquire shares of common stock with a 50 percent discount.

3. Tenet terminated the poison pill March 5. “The board made this decision based upon the reduced value of the NOL shareholder rights plan following recent tax law changes and an increase in the company’s stock price since the NOL shareholder rights plan was adopted, as well as shareholder feedback,” Tenet said in a statement. The poison pill was originally slated to expire following Tenet’s 2018 annual meeting of stockholders, which is typically held in May.

4. Tenet announced March 5 that it also eliminated the executive committee as a standing committee of the company’s board of directors.

5. “The board of directors and management have spent considerable time in recent weeks engaging with shareholders representing a majority of our outstanding stock and we received constructive input regarding Tenet and our objective to lead with best corporate governance practices,” said Ronald A. Rittenmeyer, executive chairman and CEO of Tenet. “We believe the actions which we are taking today demonstrate our continued commitment to being responsive in a timely manner to shareholder feedback and to implementing measures that increase transparency and accountability.”

Glenview Capital Management, which currently owns 17.8 percent of Dallas-based Tenet Healthcare, has submitted a proposal to Tenet that would amend the for-profit hospital operator’s bylaws to allow all shareholders to take action by written consent without a meeting.

Here are five things to know about Glenview’s proposal, which will be voted on at Tenet’s annual meeting.

1. In a letter to Tenet shareholders, Glenview said Tenet has been a “chronically underperforming company for decades,” and shareholders need the ability to take action by written consent.

“Just as a person in worsening health may need more frequent medical attention than a check-up once every 12-18 months, a chronically unhealthy company is likely to return to health quicker and with more certainty if its owners are allowed more frequent board oversight, and this is effectively accomplished through the ability to take action by written consent,” Glenview wrote in the letter to shareholders.

Glenview said the amendment to allow majority shareholders to call special meetings is “wholly impractical, clearly off-market, and sends a dangerous signal that the board may need additional feedback from shareholders to fully appreciate the cultural renaissance for which we mutually strive.”

4. Tenet said it is reviewing Glenview’s proposal. “We will make a recommendation to shareholders in due course,” Tenet said in a statement.