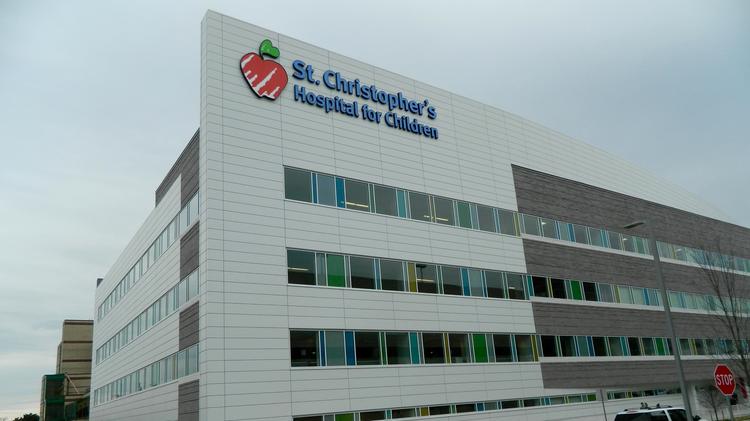 The California healthcare firm that owns both Hahnemann University Hospital and St. Christopher’s Hospital for Children has combined leadership of the two well-known Philadelphia institutions under one new chief executive.

Paladin Healthcare created a new affiliate, American Academic Health System, to own and operate Hahnemann and St. Christopher’s. A memo sent to staff this week said that Southern California hospital executive Suzanne Richards took over as CEO for both hospitals Monday,  according to the Philadelphia Inquirer.

Neither of the previous CEOs, Hahnemann interim CEO Anthony Rajkumar or St. Christopher’s leader George Rizzuto, were mentioned in the memo, the report said.

Hahnemann University Hospital is a 496-bed academic medical center affiliated with Drexel University School of Medicine. St. Christopher’s staffs more than 220 pediatric experts and offers both general pediatric care and pediatric specialties including cardiology, ear, nose and throat, gastroenterology, oncology and orthopedics, as well as one of only three Level I pediatric trauma centers in Pennsylvania and the only pediatric burn center in the Philadelphia area.

The hospital also touts an expansive primary and specialty care network that reaches into the Philadelphia suburbs and New Jersey.

The Inquirer report said this is one in a line of management changes American Academic has made since it acquired Hahnemann and St. Christopher’s from Tenet Healthcare in September.

In August, St. Christopher’s laid off 45 people in its physician practices and eliminated an unspecified number of positions also in its physician practices, which amounted to roughly 7 percent of the workforce in the hospital’s practices. Quoting a hospital spokesperson, the report said those being laid off were given severance or offered positions at other American Academic Health System facilities.

Tenet netted roughly $170 million from the sale of Hahnemann and St. Christopher’s, comprised of $152.5 million in cash at closing and a promissory note in the amount of $17.5 million.

At the time of publishing, requests for comment made to Hahnemann, St. Christopher’s and American Academic Health on the change in leadership had not been returned.

On the sale of Hahnemann and St Christopher’s to Paladin/American Academic: “Our leadership team has extensive, first-hand experience in operating hospitals in the Philadelphia market and understands the vital role Hahnemann and St. Christopher’s play in the Philadelphia healthcare delivery system,” said Barry Wolfman, president of Paladin Healthcare. “We appreciate Drexel University College of Medicine’s support and look forward to working closely with the entire physician community to continue the longstanding clinical and academic excellence of both hospitals.”

Leadership changes are more common and important than ever. But most companies don’t get it right.

Every leadership transition creates uncertainty. Will the new leader uncover and seize opportunities and assemble the right team? Will the changes be sustainable? Will a worthy successor be developed? These questions boil down to one: Will the leader be successful?

Why are leadership transitions important?

Hardly anything that happens at a company is more important than a high-level executive transition. By the nature of the role, a new senior leader’s action or inaction will significantly influence the course of the business, for better or for worse. Yet in spite of these high stakes, leaders are typically underprepared for—and undersupported during—the transition to new roles.

The consequences are huge

Executive transitions are typically high-stakes, high-tension events: when asked to rank life’s challenges in order of difficulty, the top one is “making a transition at work”—ahead of bereavement, divorce, and health issues.2 If the transition succeeds, the leader’s company will probably be successful; nine out of ten teams whose leader had a successful transition go on to meet their three-year performance goals (Exhibit 1). Moreover, the attrition risk for such teams is 13 percent lower, their level of discretionary effort is 2 percent higher, and they generate 5 percent more revenue and profit than average. But when leaders struggle through a transition, the performance of their direct reports is 15 percent lower than it would be with high-performing leaders. The direct reports are also 20 percent more likely to be disengaged or to leave the organization.

Successful or not, transitions have direct expenses—typically, for advertising, searches, relocation, sign-on bonuses, referral awards, and the overhead of HR professionals and other leaders involved in the process. For senior-executive roles, these outlays have been estimated at 213 percent of the annual salary.4Yet perhaps the most significant cost is losing six, 12, or 18 months while the competition races ahead.

Nearly half of leadership transitions fail

Studies show that two years after executive transitions, anywhere between 27 and 46 percent of them are regarded as failures or disappointments.5Leaders rank organizational politics as the main challenge: 68 percent of transitions founder on issues related to politics, culture, and people, and 67 percent of leaders wish they had moved faster to change the culture. These matters aren’t problems only for leaders who come in from the outside: 79 percent of external and 69 percent of internal hires report that implementing culture change is difficult. Bear in mind that these are senior leaders who demonstrated success and showed intelligence, initiative, and results in their previous roles. It would seem that Marshall Goldsmith’s advice—“What got you here won’t get you there”6—is fully applicable to executive transitions.

The pace and magnitude of change are constantly rising in the business world, so it is no surprise that senior-executive transitions are increasingly common: CEO turnover rates have shot up from 11.6 percent in 2010 to 16.6 percent in 2015.7Since 69 percent of new CEOs reshuffle their management teams within the first two years, transitions then cascade through the senior ranks. Sixty-seven percent of leaders report that their organizations now experience “some or many more” transitions than they did in the previous year.

The high healthcare CEO turnover rates seen over the past several years continued in 2016, according to the American College of Healthcare Executives (ACHE).

The turnover rate was 18% for healthcare CEOs in 2016, down from the record high of 20% in 2013, ACHE announced. Still, this level was approximately equivalent to those seen over the past few years, which the association notes are among the highest in the past 20 years.

Structural changes in the industry appear to be among the main drivers of this trend, according to ACHE President and CEO Deborah J. Bowen. “The ongoing consolidation of healthcare organizations, continuing movement toward new models of care and retiring leaders from the baby boomer era,” she said in the announcement, are likely influences behind the high turnover rates.

These results align with other recent reports of unprecedented turnover throughout hospitals, which are on pace to turn over half their overall staff every five years, according to previous reporting byFierceHealthcare. High turnover rates in the C-suite present organizations with problems beyond recruitment and retention, however, since changes to top leadership can have a ripple effect throughout the leadership pipeline.

With the multiyear trend continuing unabated, Bowen urges healthcare organizations to ensure they have developed succession plans and that they keep them up to date. “Succession planning should include not only naming and preparing immediate successors to C-suite positions, but more broadly an emphasis on developing the pipeline of future leaders,” she said.

ACHE found the highest rate of turnover in the District of Columbia, which came in at a whopping 67%. That result appears to be an outlier, as the second- and third-highest states of New Hampshire and Washington came in at 38% and 30%, respectively. All other states showed adjusted turnover percentages under 30. Alaska, North Dakota and Delaware showed the most stable trends, all three in single digits.

The Medicaid managed care company announced Tuesday that Joseph W. White, who was its chief accounting officer, will take over the role of CFO and act as the interim president and CEO while Molina seeks a replacement for that role.

Molina’s board of directors took the step of firing the sons of the company’s founder, C. David Molina, “in order to drive profitability through operational improvements,” Chairman Dale B. Wolf said in the announcement.

“With the industry in dynamic transition, the Board believes that now is the right time to bring in new leadership to capitalize on Molina’s strong franchise and the opportunities we see for sustained growth,” he added.

The leadership change comes in the wake of Molina’s revelation in February that it lost $110 million on its Affordable Care Act exchange business last year. On the company’s fourth-quarter earnings call, J. Mario Molina primarily blamed the ACA’s risk adjustment program, which he said uses a methodology that “penalizes low-cost and low-premium health insurers like Molina.”

That was a sharp turnaround from back in September, when the insurer’s CEO said that it had exceeded its own growth targets for its ACA exchange business.

J. Mario Molina has also been an outspoken critic of Republicans’ bill that aims to repeal and replace the Affordable Care Act—a rarity among his peers. In particular, he was critical of the steep funding cuts for Medicaid proposed by the GOP.

Molina’s now-ex-CEO earned $10 million in total compensation in 2016, a slight decrease from the $10.3 million he made the year prior and only one of two executives at the eight largest publicly traded health insurers to take a pay cut.

Hospitals face difficult transitions every time a leader departs; maintaining momentum, restoring trust with the board, physicians and staff, financial turnarounds, and more.  The right interim leader – at the right time – can provide the expertise and guidance to steer the hospital through difficult straits, often providing the right combination of new strength and leadership for rapid financial or operational turnarounds (or even just a cultural change) when it would be tough for an incumbent to make the necessary changes.  While transitions can be somewhat scary, the right interim can ease the fears of the hospital and the community just by having a “seasoned” pro ready to step in when you need expert help.

Upon completion of the webinar, participants will understand:

“The good news in terms of identifying successful millennial leaders is that they are not significantly different from successful leaders in other generations,” says Cindy Roark, M.D., president and CEO of Synergy Population Health. Members of this group, though, do come with some of their own quirks. They often look to others — and their own leaders — to: