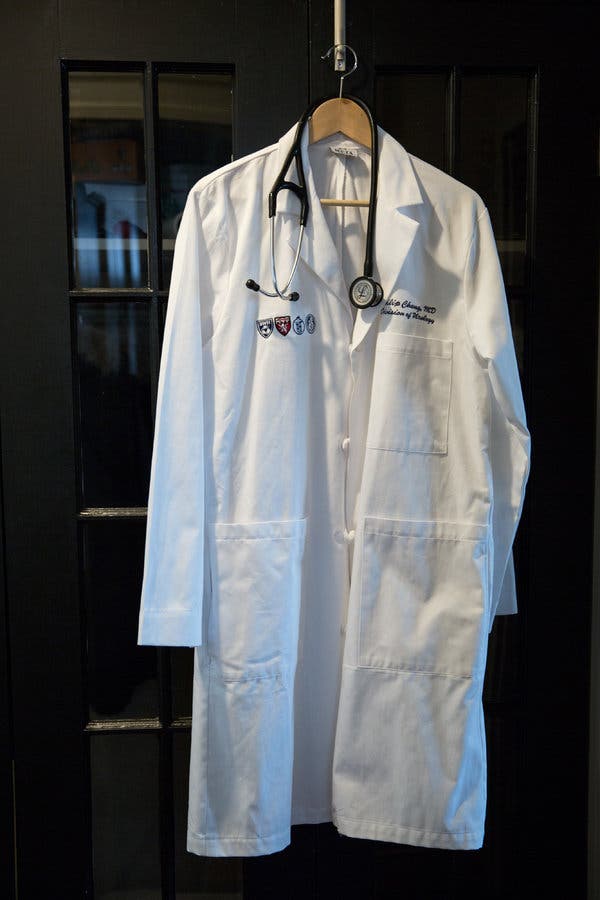 A defining symbol of a profession may also be teeming with harmful bacteria and not washed as often as patients might hope.

A recent study of patients at 10 academic hospitals in the United States found that just over half care about what their doctors wear, most of them preferring the traditional white coat.

Some doctors prefer the white coat, too, viewing it as a defining symbol of the profession.

What many might not realize, though, is that health care workers’ attire — including that seemingly “clean” white coat that many prefer — can harbor dangerous bacteria and pathogens.

A systematic review of studies found that white coats are frequently contaminated with strains of harmful and sometimes drug-resistant bacteria associated with hospital-acquired infections. As many as 16 percent of white coats tested positive for MRSA, and up to 42 percent for the bacterial class Gram-negative rods.

Both types of bacteria can cause serious problems, including skin and bloodstream infections, sepsis and pneumonia.

It isn’t just white coats that can be problematic. The review also found that stethoscopes, phones and tablets can be contaminated with harmful bacteria. One study of orthopedic surgeons showed a 45 percent match between the species of bacteria found on their ties and in the wounds of patients they had treated. Nurses’ uniforms have also been found to be contaminated.

Among possible remedies, antimicrobial textiles can help reduce the presence of certain kinds of bacteria, according to a randomized study. Daily laundering of health care workers’ attire can help somewhat, though studies show that bacteria can contaminate them within hours.

Several studies of American physicians found that a majority go more than a week before washing white coats. Seventeen percent go more than a month. Several London-focused studies had similar findings pertaining both to coats and ties.

A randomized trial published last year tested whether wearing short- or- long-sleeved white coats made a difference in the transmission of pathogens. Consistent with previous work, the study found short sleeves led to lower rates of transmission of viral D.N.A. It may be easier to keep hands and wrists clean when they’re not in contact with sleeves, which themselves can easily brush against other contaminated objects. For this reason, the Society for Healthcare Epidemiology of America suggests clinicians consider an approach of “bare below the elbows.”

With the use of alcohol-based hand sanitizer — often more effective and convenient than soap and water — it’s far easier to keep hands clean than clothing.

But the placement of alcohol-based hand sanitizer for health workers isn’t as convenient as it could be, reducing its use. The reason? In the early 2000s, fire marshals began requiring hospitals to remove or relocate dispensers because hand sanitizers contain at least 60 percent alcohol, making them flammable.

Fire codes now limit where they can be placed — a minimum distance from electrical outlets, for example — or how much can be kept on site.

Hand sanitizers are most often used in hallways, though greater use closer to patients (like immediately before or after touching a patient) could be more effective.

One creative team of researchers studied what would happen if dispensers were hung over patients’ beds on a trapeze-bar apparatus. This put the sanitizer in obvious, plain view as clinicians tended to patients. The result? Over 50 percent more hand sanitizer was used.

An article in The New York Times 10 years ago said the American Medical Association, concerned about bacteria transmission, was studying a proposal “that doctors hang up their lab coats — for good.” Maybe one reason the idea hasn’t taken hold in the past decade is reflected in a doctor’s comment in the article that “the coat is part of what defines me, and I couldn’t function without it.”

Until these ideas or others are fully rolled out, one thing we can all do right now is ask our doctors about hand sanitizing before they make physical contact with us (including handshakes). A little reminder could go a long way.

Infection Lapses Rampant In Nursing Homes But Punishment Is Rare

A Kaiser Health News analysis of federal inspection records shows that nursing home inspectors labeled mistakes in infection control as serious for only 161 of the 12,056 homes they have cited since 2014.

Basic steps to prevent infections — such as washing hands, isolating contagious patients and keeping ill nurses and aides from coming to work — are routinely ignored in the nation’s nursing homes, endangering residents and spreading hazardous germs.

A Kaiser Health News analysis of four years of federal inspection records shows 74 percent of nursing homes have been cited for lapses in infection control — more than for any other type of health violation. In California, health inspectors have cited all but 133 of the state’s 1,251 homes.

Although repeat citations are common, disciplinary action such as fines is rare: Nationwide, only one of 75 homes found deficient in those four years has received a high-level citation that can result in a financial penalty, the analysis found.

“The facilities are getting the message that they don’t have to do anything,” said Michael Connors of California Advocates for Nursing Home Reform, a nonprofit in San Francisco. “They’re giving them low-level warnings year after year after year and the facilities have learned to ignore them.”

Infections, many avoidable, cause a quarter of the medical injuries Medicare beneficiaries experience in nursing homes, according to a federal report. They are among the most frequent reasons residents are sent back to the hospital. By one government estimate, health care-associated infections may result in as many as 380,000 deaths each year.

The spread of methicillin-resistant Staphylococcus aureus (MRSA) and other antibiotic-resistant germs has become a major public health issue. While Medicare has begun penalizing hospitals for high rates of certain infections, there has been no similar crackdown on nursing homes.

As average hospital stays have shortened from 7.3 days in 1980 to 4.5 days in 2012, patients who a generation ago would have fully recuperated in hospitals now frequently conclude their recoveries in nursing homes. Weaker and thus more susceptible to infections, some need ventilators to help them breathe and have surgical wounds that are still healing, two conditions in which infections are more likely.

“You’ve got this influx of vulnerable patients but the staffing models are still geared more to the traditional long-stay resident,” said Dr. Nimalie Stone, the CDC’s medical epidemiologist for long-term care. “The kind of care is so much more complicated that facilities need to consider higher staffing.”

The Centers for Medicare & Medicaid Services (CMS), which oversees inspections, has recognized that many nursing homes need to do more to combat contagious bugs. CMS last year required long-term care facilities to put in place better systems to prevent infections, detect outbreaks early on and limit unnecessary use of antibiotics through a stewardship program.

But the agency does not believe it has skimped on penalties. CMS said in a statement that most infection-control violations have not justified fines because they did not put residents in certain danger. For instance, if an inspector observed a nurse not washing his or her hands while caring for a resident, the agency said that would warrant a lower-level citation “unless there was an actual negative resident outcome, or there was likelihood of a serious resident outcome.” 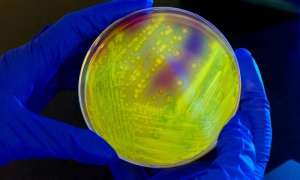