Home insurance doesn’t make a home less flammable. It protects homeowners against financial disaster should something happen to their home. The same holds true for auto insurance, for life insurance, and for disability insurance. And though we often talk about health insurance in terms of making people healthier, its true goal is the same as with other insurance: to safeguard the financial health of beneficiaries in the face of undesirable circumstances.

Even in that respect, the Medicaid expansion appears to be working.

Many articles have focused on the positive effects of Medicaid on health and well-being of recipients. A recent National Bureau of Economic Research working paper highlighted instead the effect of Michigan’s Medicaid expansion on Medicaid recipients’ financial health.

You’re still here? I said go read it at the JAMA Forum!

The conditions follow a Health Policy Commission report that warned the merger could result in a $128.4 million to $170.8 million increase in healthcare spending for inpatient, outpatient and adult primary care services and up to $59.7 million for specialty physician services.

The commission concluded that while the merger could lead to improvements in quality and efficiencies, the companies hadn’t explained how that would happen. The new conditions call for a second report in five years to assess the merger’s impact on healthcare costs and services in the state.

BIDMC CEO Kevin Tabb called the commission’s conditions “strict,” but said they won’t discourage the planned merger. “While the conditions are unprecedented, we are eager to move forward together as Beth Israel Lahey Health,” he told Healthcare Dive via email. “The status quo in this market is unacceptable, and it’s time to do something different.”

As mergers and acquisitions continue in healthcare, potential problems could lead to more stringent conditions. Research has shown, for example, that horizontal mergers can drive up costs. Once completed, Beth Israel-Lahey Health would rival Partners HealthCare System in terms of market share in Massachusetts. The new company could use its increased bargaining power to raise prices for commercial payers, increasing healthcare spending.

A recent National Bureau of Economic Research analysis also played down the extent to which hospital mergers increase efficiencies. According to NBER, acquired hospitals save just 1.5% of total costs following a merger — or an average of $176,000 a year.

And a recent University of California-Berkeley study of health system consolidation in the state found that highly concentrated markets led to higher hospital and physician service fees, as well as higher Affordable Care Act premiums, especially in northern California. 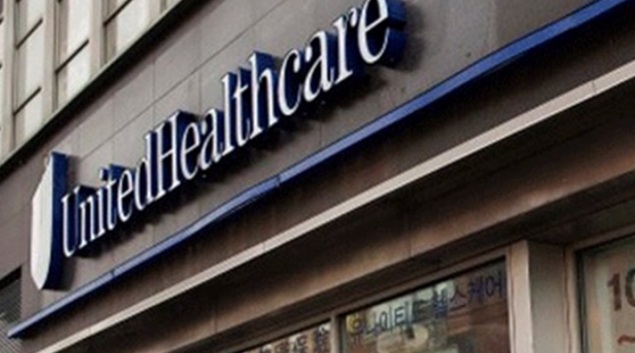 UnitedHealth plans to update its provider directories to show its beneficiaries those hospitals that use non-participating hospital-based physicians.

UnitedHealthcare sent out an advanced notice to more than 700 hospitals that its emergency room contractor, Envision Healthcare, could be out of network starting January 1, 2019.

Dissolving the contract is expected to result in more “surprise bills” for patients who are unaware that their ER doctor, anesthesiologist or radiologist is out-of-network for their insurance coverage.

Both hospitals and UnitedHealthcare would bear the brunt of patient complaints, at a time when consumer satisfaction is seen as a priority for value-based care and in rankings that include patient surveys.

UnitedHealth said it plans to update its provider directories to show its beneficiaries those hospitals that use non-participating hospital-based physicians. It is also activating a dedicated hotline for members to call if they receive a surprise bill from Envision and UnitedHealth said it would advocate on their behalf to have the bill waived or reduced.

“A study published by the National Bureau of Economic Research shows ER physicians are paid on average 297 percent of what Medicare allows,” said Dan Rosenthal, president of UnitedHealthcare Networks in the letter to hospitals. “In comparison, Envision demands to be paid nearly 600 percent of Medicare, two times this amount for ER physician services.”

Envision said by statement, “We have offered United a solution that helps with the affordability of healthcare, and yet United is making egregious demands that will force all of our physicians out of network.  They’ve elected to use data for one group in one market and have presented it as the single source of truth. This is misleading and designed to fit their narrative rather than the reality.”

Envision said there were never any problems until UnitedHealth demanded massive cuts to allow it to stay in-network. It calls the insurer’s letters to its hospital partners “aggressive” and “filled with half-truths and inaccuracies.”

UnitedHealthcare, the country’s largest insurer, said it has offered Envision competitive rates for all of their hospital-based services, similar to what other ER and hospital-based physicians are paid in each market, and given them the opportunity to earn additional reimbursement based on the value they bring to customers.

In May, a court ordered arbitration between the insurer and network provider after dismissing a lawsuit brought by Envision claiming UnitedHealthcare changed its payment rate agreement. Envision charged patients at rates three times higher than it should have, UnitedHealth said. Envision said this was due to out-of-network charges because the insurer refused to bring Envision provider groups into their contract agreement.

This is about money, with patients paying the difference and hospitals caught in the middle. A hospital can choose to employ physicians, but many doctors are independent contractors, including emergency room physicians. Since, Envision has its highest concentration of contracts with UnitedHealthcare in Florida, Texas and Arizona and to a lesser extent, in New York, Wisconsin, Georgia, Tennessee and California, both patients and hospitals in those regions are likely to find themselves managing more surprise bills.