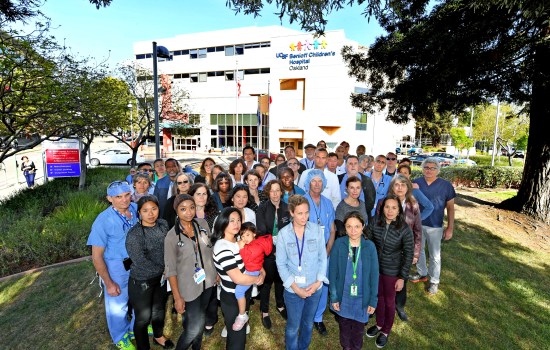 Doctors in Oakland are revolting against the much-hyped partnership that combined UCSF Benioff Children’s Hospital and Children’s Hospital Oakland, saying the four-year-old deal is turning the world-renowned East Bay hospital into a second-class facility to its San Francisco sibling.

Doctors are fleeing the East Bay hospital, claiming UCSF has prioritized San Francisco, locating most of its specialists and leadership at its new Mission Bay campus over the Oakland facility.

Fewer kids are being hospitalized in Oakland, down about 11 percent since the 2014 merger, according to doctors. Currently, no new patients can get routine psychiatric appointments or can see a lung specialist in Oakland, a community with the highest rate of asthma in Alameda County, the doctors say.

The doctors say a new 89,000-square-foot outpatient clinic opening this month predated the affiliation and hides the problems.“There’s a lot of anger. The anger is palpable,” said Dr. Stephen Long, a pediatric anesthesiologist who has worked at the Oakland hospital for four years and has represented his colleagues in communication with UCSF executives. “At the time (of the affiliation), it was sold to us in a different way. We were told we’d be stronger not weaker. They sold it to us like a healthy marriage, but where it is now feels like a Cinderella adoption.”

Hospital officials dispute the claim saying the Oakland facility is a valued partner and the deal has improved the care and finances.

“There’s a strong commitment in the entire organization to keep a strong presence in the East Bay,” said David Durand, Oakland’s chief medical officer. “We’ve been here for 100 years and we anticipate being here another 100 years.”

Durand said hospital care is shifting to outpatient care rather than treating people inside a hospital, and the Oakland facility saw a 12 percent increase in outpatient care from two years ago, treating about 220,000 kids last year and sending them home.

The new outpatient clinic will increase capacity to 99 exam and treatment rooms, he said, adding that surgical services in the East Bay increased 7 percent over the last two years.

“If UCSF truly values outpatient care, then why are there no (lung specialist) or psychiatry appointments?” Long said, speaking of two departments that have been integrated, others are in the works. “Why has it become so difficult to retain doctors in Oakland or recruit new ones to serve our community?”

He added that the Oakland doctor uprising may also be tied to contract negotiations.

Kristof Stremikis, director of market analysis and insight for the California Health Care Foundation, said the UCSF integration is not unique.

“It’s something happening not only across Northern California, but across the state and country,” he said.

Stremikis said the consolidation can create more efficiency and allow the joint venture to command a market and leverage that into higher prices.

The long simmering unrest reached a head on March 6 when Oakland doctors sent a letter, signed by 120 physicians, to UCSF Chancellor Sam Hawgood, addressing their concerns.

The doctors declared “no confidence” in the integration plan and expressed concerns the changes would increase a “health disparity.”

Hawgood wrote back, saying change can be “difficult,” but that the Oakland hospital plans to improve its finances, the facility and the care to the area’s most needy children.

“Our combined mission of service to all children is not — and will not — be compromised,” Hawgood wrote.

Juan Luis Chavez was frustrated that his 2-year-old son Juan Pablo needed an emergency to get required surgery for his lung condition because he had to wait four months to see a lung specialist in Oakland.

The boy, diagnosed with a lung disease called bronchopulmonary dysplasia, was scheduled for surgery in March to close a hole that had developed between his stomach and his skin, but his surgery was canceled when there were no available appointments, his father said.

“We were concerned,” Chavez said. “We had planned for it for quite awhile … when he leaked it was messing up his skin pretty badly.”

Meanwhile, continued meetings between UCSF management and Oakland doctors have not assuaged concerns.

Dr. Julie Saba, a senior cancer scientist at the Research Institute, said the research arm of the Oakland facility has suffered “catastrophically” since the transition. She said so many researchers have left that there is a 30 percent occupancy in available research space, which has led to a major funding drop.

“It has devastated our ranks,” she said. “Our scientific environment is at a catastrophic level.”

She’s worried with insured patients funneled to San Francisco and poorer patients seen at Oakland, the East Bay facility will suffer financially, which will impact the type of care those kids get in Oakland.

“I don’t want to put any intention behind it, all I know is without a significant change with the current plans, this will end up being a second class hospital with poor physician retention and no paying patients,” Saba said. “Like something out of the 1950s.”

The tipping point between prolonged disappointment and renewed vitality is a difficult conversation.

Many leadership frustrations are the result of conversations that didn’t happen.

The choice to avoid difficult conversations often masquerades as kindness.