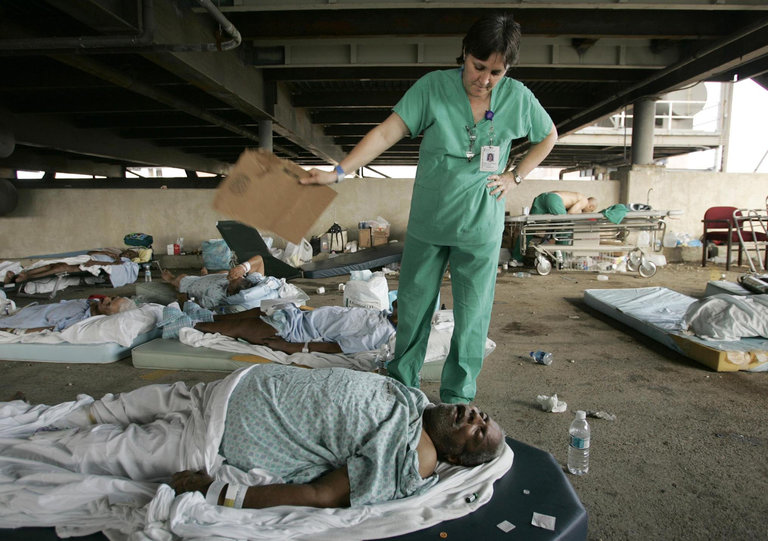 In a church basement in a poor East Baltimore neighborhood, a Johns Hopkins doctor enlisted residents to help answer one of the most fraught questions in public health: When a surge of patients — from a disaster, disease outbreak or terrorist attack — overwhelms hospitals, how should you ration care? Whose lives should be saved first?

For the past several years, Dr. Lee Daugherty Biddison, a critical care physician at Johns Hopkins, and colleagues have led an unusual public debate around Maryland, from Zion Baptist Church in East Baltimore to a wellness center in wealthy Howard County to a hospital on the rural Eastern Shore. Preparing to make recommendations for state officials that could serve as a national model, the researchers heard hundreds of citizens discuss whether a doctor could remove one patient from lifesaving equipment, like a ventilator, to make way for another who might have a better chance of recovering, or take age into consideration in setting priorities.

At that first public forum in 2012 in East Baltimore, Cierra Brown, a former Johns Hopkins Hospital custodian, said she favored a random approach like a lottery. “I don’t think any of us should choose whether a person should live or die,” she said.

Alex Brecht, a youth program developer sitting across from her, said he thought children should be favored over adults. “Just looking at them, seeing their smiles, they have so much potential,” he said.

“Who’s going to raise them?” asked Tiffany Jackson, another participant.

The effort is among the first times, Dr. Daugherty Biddison said, that a state has gathered informed public opinion on these questions before devising policy on them. “I don’t want to be in a position of making these decisions without knowing what you think,” she told the residents. “We as providers,” she said, “don’t want to make those decisions in isolation.”

Rationing already occurs in delivering medical care in the United States, though some practices are little acknowledged. Committees struggle regularly over policies for allocating scarce organs for transplant.

During widespread drug shortages in recent years, doctors have sometimes chosen among cancer patients for proven chemotherapy regimens and among surgical patients for the most effective anesthetics. And doctors sometimes have to choose among patients who need treatment in intensive care units, which are often filled to capacity.

Busy is a badge of honor in business circles. But, running around like a chicken with it’s head cut off isn’t a sign of importance. We falsely believe that busyness reflects significance.