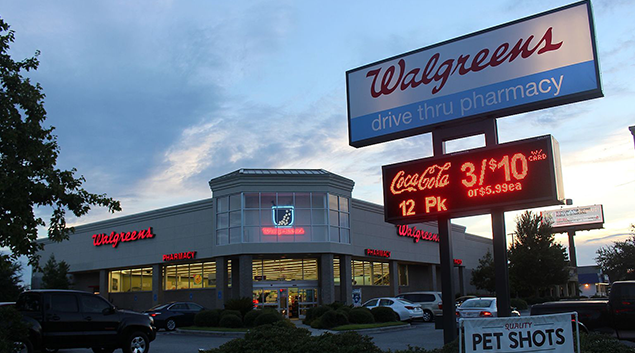 Pharmacy giant Walgreens will pay nearly $270 million dollars as part of two major settlements, one that alleged the company had improperly billed federal healthcare programs for insulin pens it distributed to beneficiaries who didn’t need them and another that alleged Walgreens failed to disclose and charge lower drug prices offered through a discount program.

Both settlements were approved in mid-January and unsealed Tuesday. Walgreens must pay the United States and state governments a total of $269.2 million. Both cases arose from lawsuits filed by whistleblowers under the False Claims Act. Walgreens did not admit any wrongdoing as part of either settlement.

The DOJ said as a result of the conduct alleged in both cases, federal programs were inappropriately taxed. The alleged inappropriate disbursement of insulin resulted in the waste of valuable medication and created the potential for misuse “such as the improper resale of insulin pens on the Internet.” Because the company did properly disclose its discounted drug prices, federal healthcare programs paid out higher reimbursements than were actually warranted.

MORE ON THE CASES

The first settlement resolved allegations that Walgreens improperly billed Medicare and other federal healthcare programs for “hundreds of thousands” of insulin pens dispensed to beneficiaries who didn’t need them. According to a statement from the Department of Justice, it was alleged that Walgreens programmed its electronic pharmacy management system to prevent its pharmacists from dispensing less than a full box of five insulin pens, whether the patient needed that amount or not. It also said Walgreens falsely stated that they had not exceeded limits set on total days of supply in its reimbursement claims. This settlement totaled $209.2 million.

The company will pay $60 million as part of a second settlement to resolve allegations it overbilled Medicaid by failing to disclose and charge Medicaid the lower drug prices that it offered the public through a discount program called the Prescription Savings Club. Legally, the company must seek reimbursement only for the “the lowest of certain drug price points, including the ‘usual and customary price'” namely the price offered through such programs as the PSC. Those prices were not disclosed, causing overpayment from Medicaid to Walgreens, the DOJ said. The agency also said that Walgreens admitted it did not identify its PSC program prices as its U&C prices for the drugs on the PSC program formulary, resulting in overpayments.

“Walgreens is pleased to have resolved these matters with the Department of Justice. The company fully cooperated with the government and has admitted no wrongdoing. Walgreens is a company of pharmacists living and working in the communities we serve, and we have always taken the safety and reliability of the medicines our patients need very seriously. We are resolving these matters because we believe it is in the best interest of our customers, patients and other stakeholders to move forward…In relation to these matters, Walgreens has entered into a Corporate Integrity Agreement (CIA) with the Office of the Inspector General of the Department of Health and Human Services. The CIA builds upon the company’s already existing comprehensive compliance program,” Walgreens said in a statement.

“In both settlements, Walgreens admitted and accepted responsibility for conduct the Government alleged in its complaints under the False Claims Act,” the DOJ said in a statement.