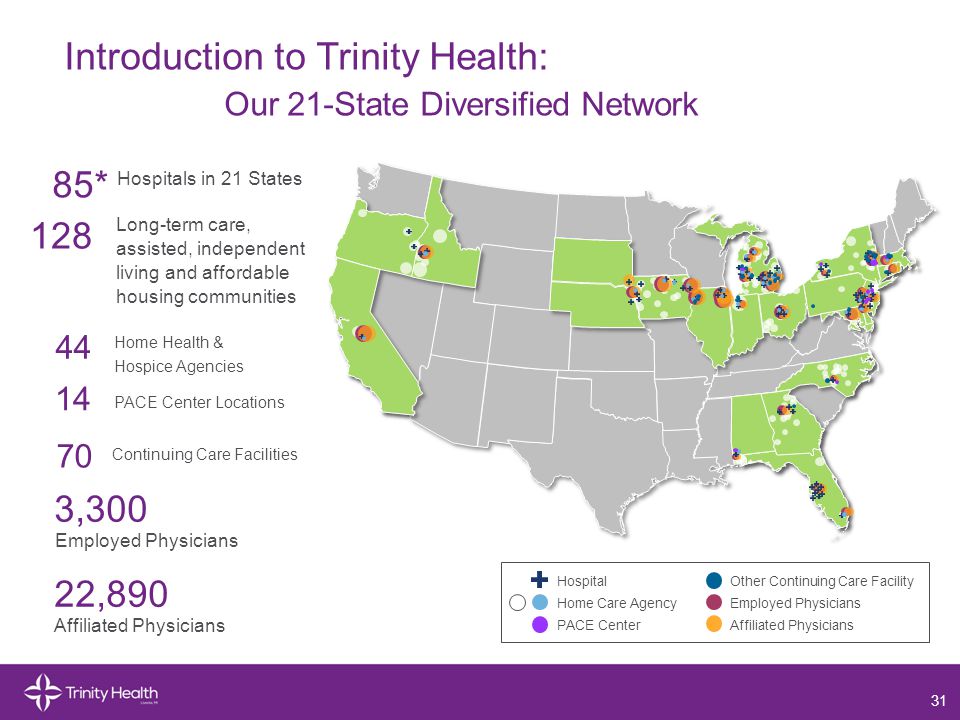 Trinity Health saw revenue decline in the first nine months of fiscal year 2020, and the Livonia, Mich.-based health system ended the period with an operating loss, according to unaudited financial documents.

Trinity Health saw revenue decline less than 1 percent year over year to $14.2 billion in the first nine months of the fiscal year, which ended March 31. The health system attributed the drop in revenue to the COVID-19 pandemic and the divestiture of Camden, N.J.-based Lourdes Health System in June 2019.

The 92-hospital system’s expenses were also up 1.2 percent year over year. Trinity Health ended the first three quarters of fiscal 2020 with expenses of $14.3 billion. Same-hospital expense growth was driven by increases in labor and supply costs, purchased services and costs related to its conversion to the Epic EHR platform in the Michigan region. The health system said the pandemic added $14.1 million of costs in March.

Trinity Health has taken several steps to reduce operating and capital spending in response to the pandemic, including implementing furloughs and reducing salaries for executives. In early April, Trinity Health announced plans to furlough 2,500 employees, most of whom are in nonclinical roles.

Trinity Health reported an operating loss of $103.5 million for the first nine months of the current fiscal year, compared to operating income of $115.2 million in the same period a year earlier.

After factoring in investments and other nonoperating items, Trinity Health posted a net loss of $883.5 million in the first three quarters of fiscal 2020, down from net income of $457.9 million a year earlier. Nonoperating losses in the first nine months of fiscal 2020 were primarily driven by the pandemic’s effect on global investment market conditions in March, the health system said.

To help offset financial damage, Trinity Health received funds from the $175 billion in relief aid Congress has allocated to hospitals and other healthcare providers to cover expenses and lost revenue tied to the pandemic. The health system said it received a total of $600 million in federal grants in April and May.

Trinity Health also applied for and received $1.6 billion of Medicare advance payments, which must be repaid.

Though Trinity Health is unable to forecast the pandemic’s impact on its financial position, it said the ultimate effect of COVID-19 on its operating margins and financial results “is likely to be adverse and significant.”