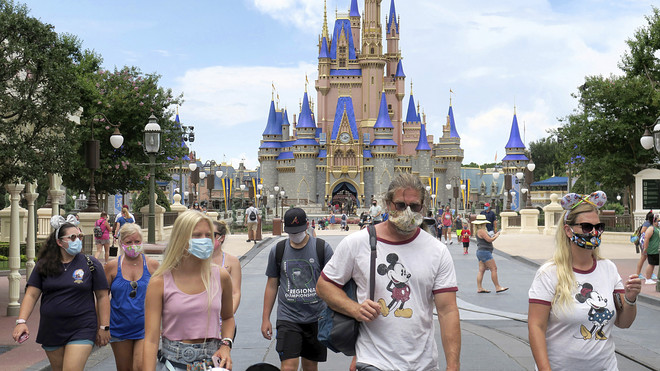 As Florida recorded more than 15,000 new cases of COVID-19, the CEO of Altamonte Springs, Fla.-based AdventHealth said July 12 he would feel comfortable visiting Walt Disney World Resort, which has opened up two of its parks, according to CBS News.

In an interview on CBS’ “Face the Nation,”  AdventHealth CEO Terry Shaw was asked about the resort’s reopening given that 48 Florida hospitals reached capacity as of July 10.

He told moderator Margaret Brennan: “So as a healthcare provider, my job is to help people do things safely. Whether it’s NASCAR or Disney, we have strategic alliances with those organizations. We work very closely with them to help them determine a way to reopen and do that safely.”

“I will tell you, based upon the way Disney is approaching this — with limiting people in, doing all the screenings that they’re doing, I’m — I personally am a Disney season ticket holder. I wouldn’t hesitate to go to Disney as a healthcare CEO — based on the fact that they’re working extremely hard to keep people safe,” he said.

Mr. Shaw’s interview occurred the same day Florida reported 15,299 new COVID-19 cases, the largest daily case count set by any state since the beginning of the pandemic, according to NPR .

AdventHealth has about 30 hospitals in the state, and its physicians and sports medicine experts provide support to help racers who are part of runDisney races through Disney theme parks, according to the health system website. The organization has been providing this support for runDisney races for more than 25 years.

AdventHealth also confirmed health system employees are taking temperatures at the gates of the theme parks and the entrances to Disney Springs.