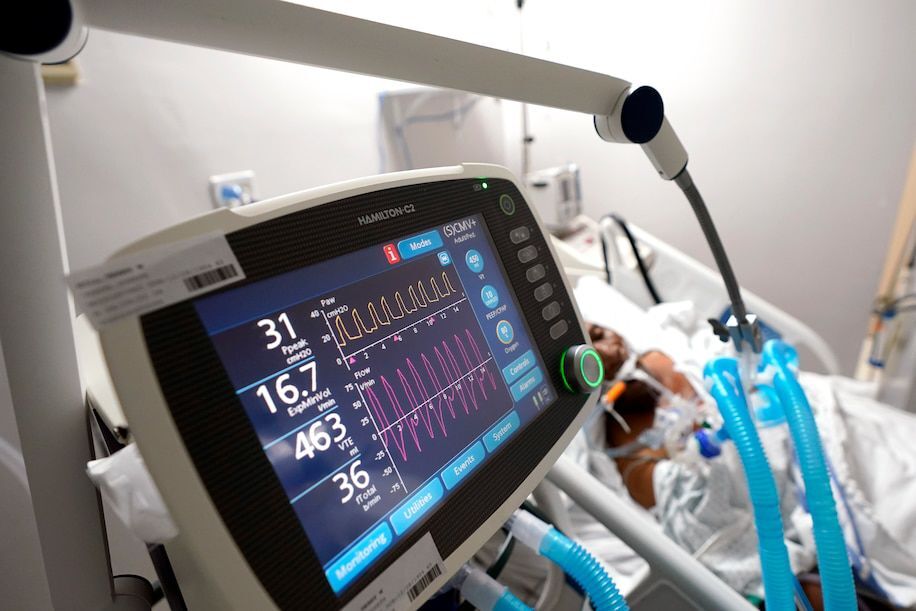 On the eve of a new coronavirus reporting system this week, data disappeared from a Centers for Disease Control and Prevention website as hospitals began filing information to a private contractor or their states instead. A day later, an outcry — including from other federal health officials — prompted the Trump administration to reinstate that dashboard and another daily CDC report on the pandemic.

And on Thursday, the nation’s governors joined the chorus of objections over the abruptness of the change to the reporting protocols for hospitals, asking the administration to delay the shift for 30 days. In a statement, the National Governors Association said hospitals need the time to learn a new system, as they continue to deal with this pandemic.

The governors also urged the administration to keep the information publicly available.

The disappearance of the real-time data from the CDC dashboard, which was taken down Tuesday night before resurfacing Thursday morning, was a ripple effect of the administration’s new hospital reporting protocol that took effect Wednesday, according to a federal health official who spoke on the condition of anonymity to discuss internal deliberations.

Without receiving the data firsthand, CDC officials were reluctant to maintain the dashboard — which shows the number of patients with covid-19, the disease caused by the virus, and hospital bed capacity — and took it down, the federal health official said. The CDC dashboard states that its information comes directly from hospitals and does not include data submitted to “other entities contracted by or within the federal government.” It also says the dashboard will not be updated after July 14.

The dashboard “was taken down in a fit of pique,” said Michael R. Caputo, the assistant secretary for public affairs at the Department of Health and Human Services. “The idea CDC scientists cannot rely upon their colleagues in the same department for data collection, or any other scientific work, is preposterous.”

This week, the CDC, the government’s premier public health agency whose medical epidemiologists analyze the hospital data, also stopped producing reports about trends in the pandemic that had gone twice a week to states, and six days a week to officials at multiple federal agencies. Adm. Brett Giroir, an assistant secretary in the HHS who oversees coronavirus testing, was unhappy that the CDC hospital report stopped Wednesday and Thursday mornings, according to the federal health official.

Caputo said that the administration’s goal is to maintain transparency, adding that conversations were still taking place between HHS officials and the CDC on a plan to keep producing the dashboard updates and the reports. “We expect a resolution,” he said.

Another HHS spokesperson said the CDC might create a new dashboard, based on a wider set of information.

During a conference call for journalists Thursday on coronavirus testing, Giroir did not acknowledge his displeasure with the reports’ discontinuation. But he said: “Those data are really critical to all of us. … I wake up in the morning and first thing I do, I look at the data. I look at midday. I look at it at night before I go to bed. … We drive the response based on that.”

The CDC site had been one of the few public sources of granular information about hospitalizations and ICU bed capacity. About 3,000 hospitals, or about 60 percent of U.S. hospitals, reported their data to the CDC’s system.

The president of the American Medical Association, Susan R. Bailey, spoke out Thursday on the uncertainties about access to data. “[W]e urge and expect that the scientists at the CDC will continue to have timely, comprehensive access to data critical to inform response efforts,” she said.

Governors, hospital officials and state health officers were given scant notice of the change in the reporting system. Two top administration health officials said in a letter to governors early this week that some hospitals were not complying with the previous protocols, suggesting that states might want to consider bringing in the National Guard to help gather the information. Hospital industry leaders vehemently protested that characterization, as well as the idea that they should be assisted by the National Guard in the midst of a pandemic.

HHS and CDC officials have said the protocol was changed to streamline reporting of data that is used, among other things, to determine the federal allocation of therapeutics, testing supplies and protective gear. Instead of reporting to the long-standing CDC system, hospitals must send data about covid-19 patients and other metrics to a recently hired federal contractor, called TeleTracking, or to their state health departments.

At least some state health departments that have been collecting data for their hospitals and sending it to Washington have already said the switch will make it impossible for them to continue, at least for now. The changed protocol includes a requirement that hospitals send several additional types of data that some state systems are not equipped to handle, state health officials said.

The Pennsylvania Department of Health sent a notice to hospitals Tuesday night saying that its platform was not ready to accommodate the new federal requirements, so that hospitals needed to report every day to both the state and to TeleTracking.

Charles L. Gischlar, spokesman for the Maryland Department of Health, said the reporting change “is a heavy lift for hospitals.”

The new system “exceeds the capacity of the current statewide system” to which hospitals had been reporting, he said, so the state no longer can send consolidated information to the federal government. As a result, he said in a statement, hospitals must provide data individually to the government.