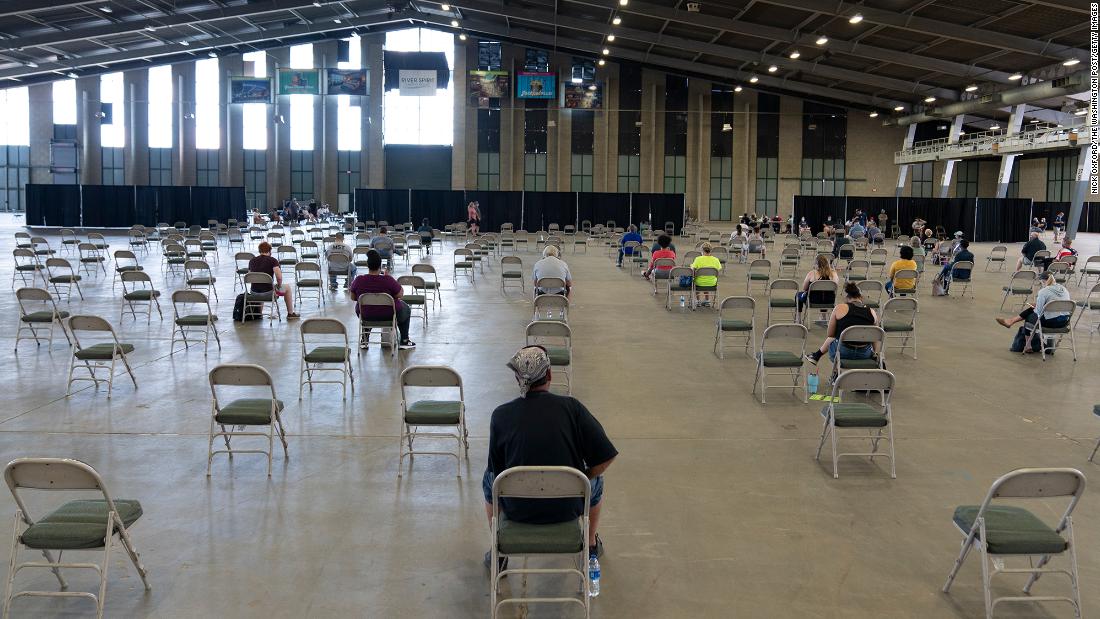 The US economy added another 1.8 million jobs in July, a sharp slowdown from June and a small step for an economy that’s still down 12.9 million jobs during the pandemic.

It was the third-straight month of improvement after the spring lockdown that decimated the labor market, and the July job gain exceeded economists’ expectations. Even so, it was far fewer than the 4.8 million jobs added in June.
The unemployment rate fell to 10.2%, the Bureau of Labor Statistics reported Friday, but remains above the Great Recession high of 10% that was reached in October 2009.
Friday’s report had good and bad parts, and economists are still trying to come to grips with how the labor market is behaving in this unparalleled situation.
For example, the number of people working part-time rose by 803,000 to 24 million in total in July. The government defines part-time work as anything under 35 hours per week.
“We added more jobs than most people expected, but the gains really were disproportionately part-time workers,” said Kate Bahn, economist and director of labor market policy at the Washington Center for Equitable Growth. “To me that means even if workers are coming back it’s to jobs that pay less, and families will be worse off.”
Meanwhile, the unemployment rate fell in all demographic groups. The rate remains by far the highest for Black workers at 14.6%, which is concerning, Bahn said.
“Research from previous downturns suggests that Black workers are the most likely to be displaced,” she added.
Then there are seasonal adjustments, which are based on historical trends in the job market — but because the pandemic is unlike any other moment in history, they’re distorting the data at the moment. Without seasonal adjustments, only 591,000 jobs were added in July.
That said, one positive sign in this jobs report is the number of permanent job losses: it was more or less flat from June at 2.9 million. This might not sound exciting, but it would have been very bad news for the recovery had the number gone up.
“Granted still more than double from before the crisis, but we’ll take the one-month reprieve,” said Daniel Zhao, senior economist at Glassdoor.
Since the pandemic hit, the government has struggled to count the enormous number of people who are out of work. That’s in part because it has been increasingly difficult for workers themselves to discern whether they have been temporarily laid off or employed but not at work.
The share of misclassified responses was smaller in June and July than in the months before, the BLS said. Including the misclassified workers, the July unemployment rate would have been about one percentage point higher than reported.
The reopening of the economy and a resurgence in Covid-19 infections in some states, paired with business and individuals running out of federal aid, has created a unique set of conditions for the jobs market.
A survey from Cornell University showed that 31% of workers who were recently rehired have lost their jobs for a second time during the pandemic. Another 26% have been told that they might get laid off again.
Meanwhile, the Federal Reserve Bank of St. Louis said states with more Covid cases since June also registered the weakest employment recovery. This was most notably true for Arizona, Florida and Texas.

Friday’s jobs report comes during tense times in Washington, as Republicans and Democrats are butting heads over the next stimulus bill. One point of contention is the government’s boost of unemployment benefits. The CARES act provided a weekly boost of $600 to regular jobless aid. But this provision ran out on July 31.
Now Congress is arguing about how to proceed: Democrats want to keep the $600 weekly supplement for the rest of the year, while Republicans want to cut it to $400 a week.
For millions of Americans, the benefit expansion contributes a large portion of their income at the moment — so cutting it could hamper the recovery. At the same time, some economists believe that too much unemployment aid actually keeps people from returning to work. The question is what is too much aid during an economic crisis of unprecedented proportions.
“The primary reasoning behind the reducing those benefits it that it would push more Americans back into the labor force. But there doesn’t seem to be a lot of evidence for the need to push people back, because the jobs aren’t’ there,” said Zhao, the Glassdoor economist.
This could mean workers who are forced back to work by the lower benefits may have to take part-time or riskier jobs than they would otherwise choose.