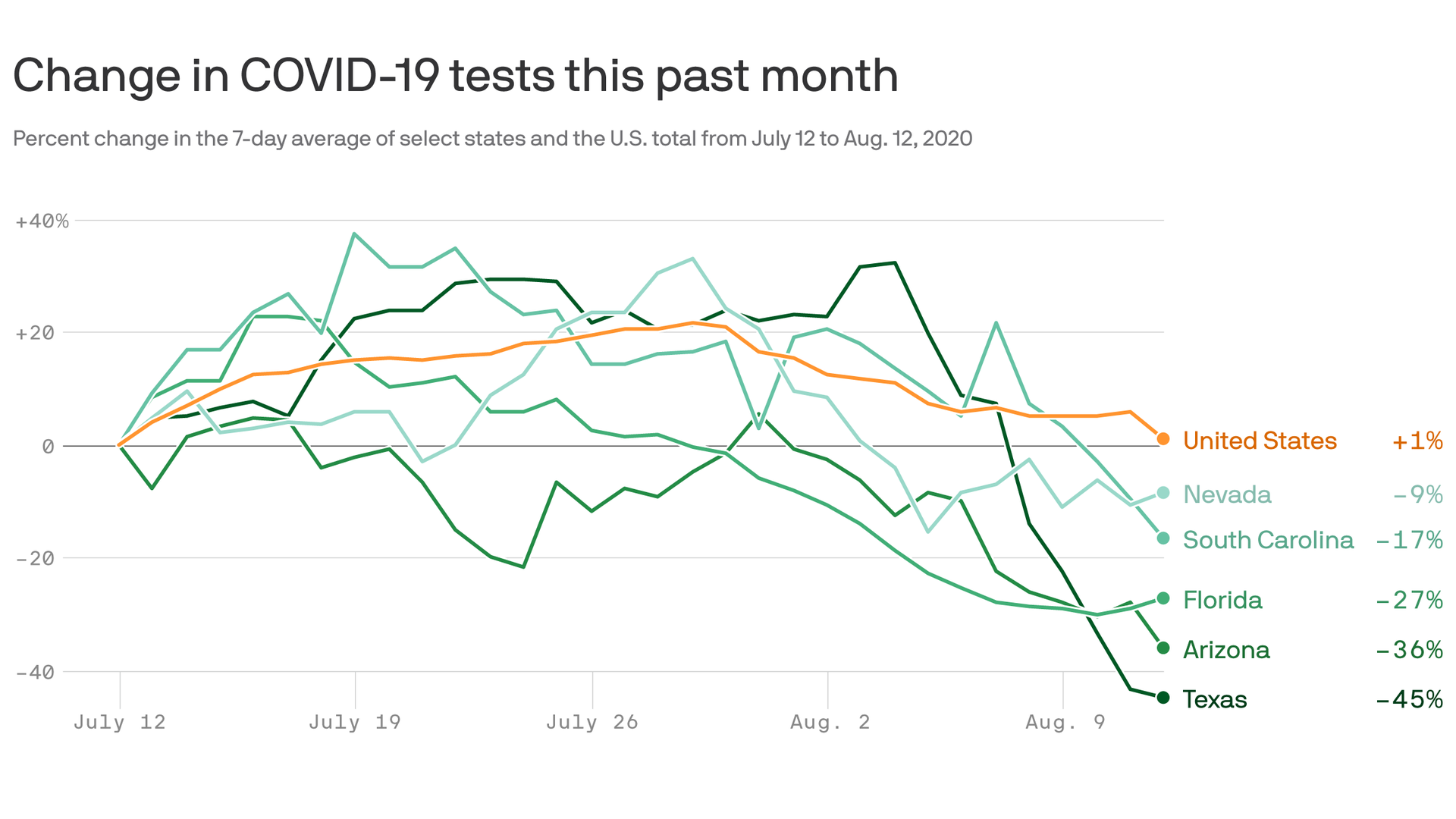 The U.S. is cutting back on coronavirus testing. Nationally, the number of tests performed each day is about 17% lower than it was at the end of July, and testing is also declining in hard-hit states.

Yes, but: Experts have said reducing the demand for testing may be the best way to alleviate long delays, which made tests all but useless. And that appears to be working.

Driving the news: The Department of Health and Human Services estimated this week that nearly 90% of all tests are being completed within three days — a big improvement from turnaround times that had been stretching well over a week.

The bottom line: The U.S. is averaging 50,000 new cases a day, and that high caseload is ultimately why the demand for testing is more than the system can handle.