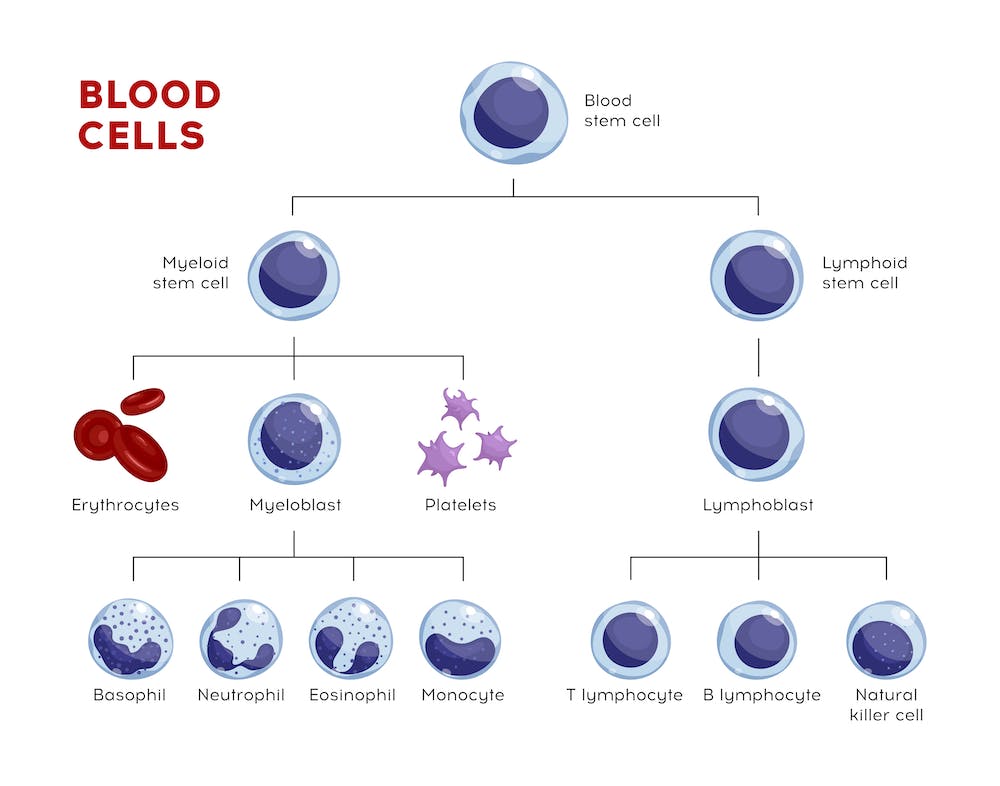 Most people are aware that testing for antibodies in a person’s blood can show if someone has had a specific disease, such as COVID-19. Those antibodies provide protection from getting the disease again.

I am a geneticist interested in innate immune response – the part of the immune system that we have at birth – and how the innate immune cells “educate” antibody-producing cells about a pathogen and how to identify and destroy it. As I’ll explain, antibodies are important for immunity, but they aren’t the only factor that counts.

Two arms of the immune system

The immune system is made up of two parts: innate immunity and adaptive – or acquired – immunity.

The innate immune system, which includes white blood cells called dendritic cells, monocytes and neutrophils, is present at birth and responds instantly to invaders. This group of white blood cells bombard pathogens with destructive chemicals and swallow and destroy viruses and bacteria. The innate immune system provides an instantaneous reaction to a pathogen. The problem is that it’s a blunt instrument – it responds the same way to all perceived threats.

The adaptive immune system, which is made up of B cells and T cells, must learn about a pathogen and its characteristics from the innate immune cells. This system takes longer to kick in, but the up side is that it is very specific and in many cases lasts a lifetime.

The history of pathogen exposure is carried in so-called memory T cells and memory B cells. When an infection is defeated and gone, these cells reside in the peripheral tissues of the body such as lymph nodes or spleen and serve as a memory of the disease-causing virus. This immunological memory is responsible for the host defense and kicks into action in case of the second wave or attack of the pathogen.

It is normal for antibody levels to decline after a person has recovered from a disease. But the New England Journal of Medicine paper raised concerns because it suggests that we are losing our immunological memory – which is as bad as losing a real memory.

What role do T cells play in immunity?

B cells and antibodies are only part of the immune response. T cells help B cells produce antibodies – which are proteins that can bind to a specific pathogen and destroy it.

The way this happens is that first the B cells swallow the virus and start producing antibodies.

T cells cannot swallow the virus. But a type of white blood cell called an antigen-presenting cell can. After it does, it “shows” different parts of the virus to the T cells. The T cells then learn about the virus which they can now seek and destroy.

T cells also stick to the B cells and send them the activation signals that help B cells ramp up antibody production.

If antibodies decline, what does this mean for COVID-19 immunity?

It suggests that when there are fewer antibodies in the blood, there is a greater chance that a number of individual virus particles, called virions, will survive and escape destruction. Therefore, the remaining virions will continue to proliferate and cause disease.

What do declining antibody levels mean for establishing herd immunity?

Herd immunity refers to a population and occurs when a sufficiently high number of people within a community are immune to the virus and incapable of transmitting it. That provides protection for those who are still vulnerable. For example, if 60% of people are protected against COVID – because they have survived the infection and carry antibodies – it might protect (via less frequent interactions) the remaining 40% from getting sick.

But the results in the New England Journal of Medicine suggest that people with lower levels of antibody may still have the virus and may not have symptoms of the disease.

That means that if these people with low antibody levels hang around healthy, uninfected people, they present a danger to them because they can transmit the virus.

In general, the answer is no. If the virus attempts to cause a second infection, the memory B and T cells are able to recognize it, multiply million of times and defend the body against the virus, preventing it from triggering another full-blown infection.

The protection provided by memory T and B cells is the reason that vaccine-based protection works.

However, there are exceptions. A lifelong vaccine against the flu does not work because flu’s genetic code changes rapidly, altering the appearance of the flu, and therefore requires a new vaccine every season.

But with SARS-CoV-2, the problem as I see it, seems to be that those memory T cells and B cells seem to be wiped out.

Antibodies are proteins and last for only between three and four weeks in the blood circulation. To keep antibody levels high, B cells need to replenish them with a fresh supply. But in COVID-19, the declining antibody levels suggest that the cells that produce these antibodies are not present in sufficient numbers, which would explain the drop in antibody levels. Studies of how long immunity from COVID-19 last may shed more light, but for now we do not know the reason why.