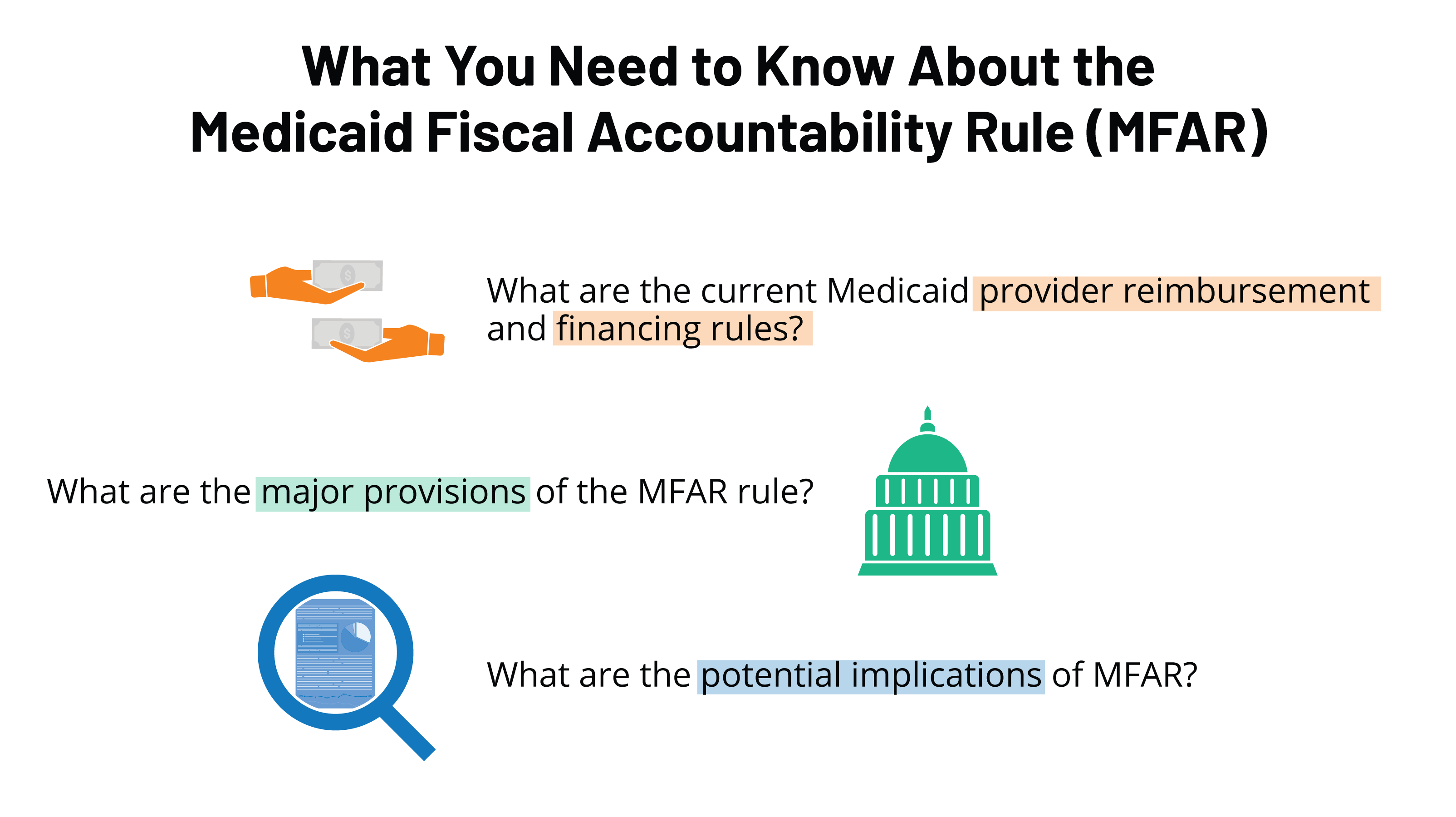 MFAR was designed to increase fiscal transparency in the 55-year-old Medicaid program, but was quickly met with a firestorm of controversy, with even bipartisan House and Senate members raising concerns it could lead to states being forced to choose between program cuts or raising taxes to replace the lost funding.

One estimate, conducted by Manatt Health for the American Hospital Association, estimated the changes proposed in the rule would cut Medicaid funding by almost $50 billion annually, shrinking the program by 8%.

“Hospitals and health systems will be greatly relieved when the proposed rule is formally withdrawn,” AHA EVP Tom Nickels said in a statement.

Medicaid is jointly funded by the states and the federal government. Generally, CMS matches every dollar states spend at rates that vary depending on the state, its covered services and its population. There are no limits for how much federal funding a state can receive, and snowballing spending in Medicaid has resulted in concerns about cost control.

The most acute worries on the federal side stemmed from supplemental payments, or payments state Medicaid agencies give to providers for going above and beyond routine care, normally for high-need patients or those in underserved areas.

Supplemental payments to healthcare providers have increased from 9.4% of all other payments in 2010 to 17.5% in 2017, according to CMS, and are generally uneven across state lines, contributing to geographic funding disparities.

Oversight agencies, including the Government Accountability Office and the Office of the Inspector General, flagged the growth in payments and called for stronger Medicaid oversight in a series of reports from 2006 to 2015.

As a result, CMS proposed the MFAR rule in November 2019. If finalized, it would require states to report Medicaid payment and financing data at the individual provider level, instead of an aggregate, and establish definitions for “base” and “supplemental” payments. It would also have allowed CMS to sunset existing supplemental payment methodologies after up to three years, requiring states to get approval for a longer period, and close financing loopholes that might allow states to re-use federal Medicaid dollars to fund additional payments.

At the outset, CMS attempted to stamp out criticisms the rule could winnow Medicaid funding. “Alarmist estimates that this rule, if finalized, will suddenly remove billions of dollars from the program and threaten beneficiary access are overblown and without credibility,” Verma wrote in a blog post on the proposal in February.

But the rule received more than 4,000 public comments, most of them negative. The swirling concerns about unintended consequences, especially as COVID-19 exacerbates worries about care access, have now brought CMS back to the drawing board on Medicaid fiscal accountability.

As of late Monday, MFAR remained on the Federal Register.

Other actions from the Trump administration to overhaul Medicaid have faced similar backlash, including unpopular efforts to instill requirements linking coverage to work hours and an early 2020 push to cap federal funding for states in exchange for wider latitude in program administration. 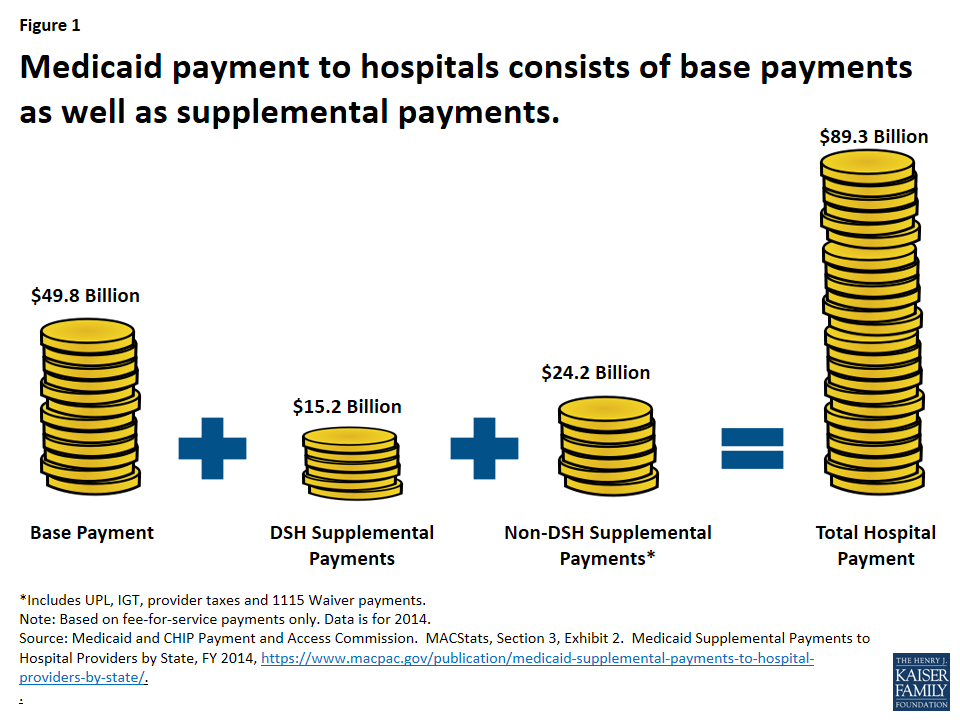 A sharp rise in these supplemental Medicaid payments caught the attention of CMS as spending has continued to increase and much of the growth has come from the federal share of the program, according to the agency.

These supplemental payments from the federal government to the states have risen from 9.4% of all other payments in fiscal year 2010 to 17.5% in 2017. This growth comes with “an urgent responsibility to ensure sound stewardship and oversight of the Medicaid program,” CMS said in November as it rolled out the proposed rule called Medicaid Fiscal Accountability Regulation.

A 2015 Government Accountability Office report found that states are increasingly relying on providers to help them finance the state’s portion of Medicaid funding. “A small number of providers supplied funds to the state for the nonfederal share, generally through intergovernmental fund transfers or provider taxes, and in turn received large supplemental payments, enabling states to obtain billions of dollars in additional federal matching funds,” according to the report.

CMS argues the proposed rule, which calls for states to provide more detailed information on these supplemental payments, including provider-specific payment data, would help beef up its oversight of the program.

AHA warned, however, the rule could cut Medicaid payments to hospitals by up to $31 billion annually, or nearly 17% of total hospital program payments. The group also argued the changes violate the Administrative Procedures Act and due process protections in the Constitution.

The Association of American Medical Colleges also opposed the rule, saying it would “limit the federal government’s congressionally mandated responsibility to the Medicaid program and could result in reductions in coverage, access, and quality care for the millions of vulnerable patients who rely on this critical program.”

CMS and the GAO report have noted a lack of data about these payments once they reach the states, making it hard to do any sort of analysis. In fact, GAO complained that the state of California did not have data on these payments for the agency to do an assessment. 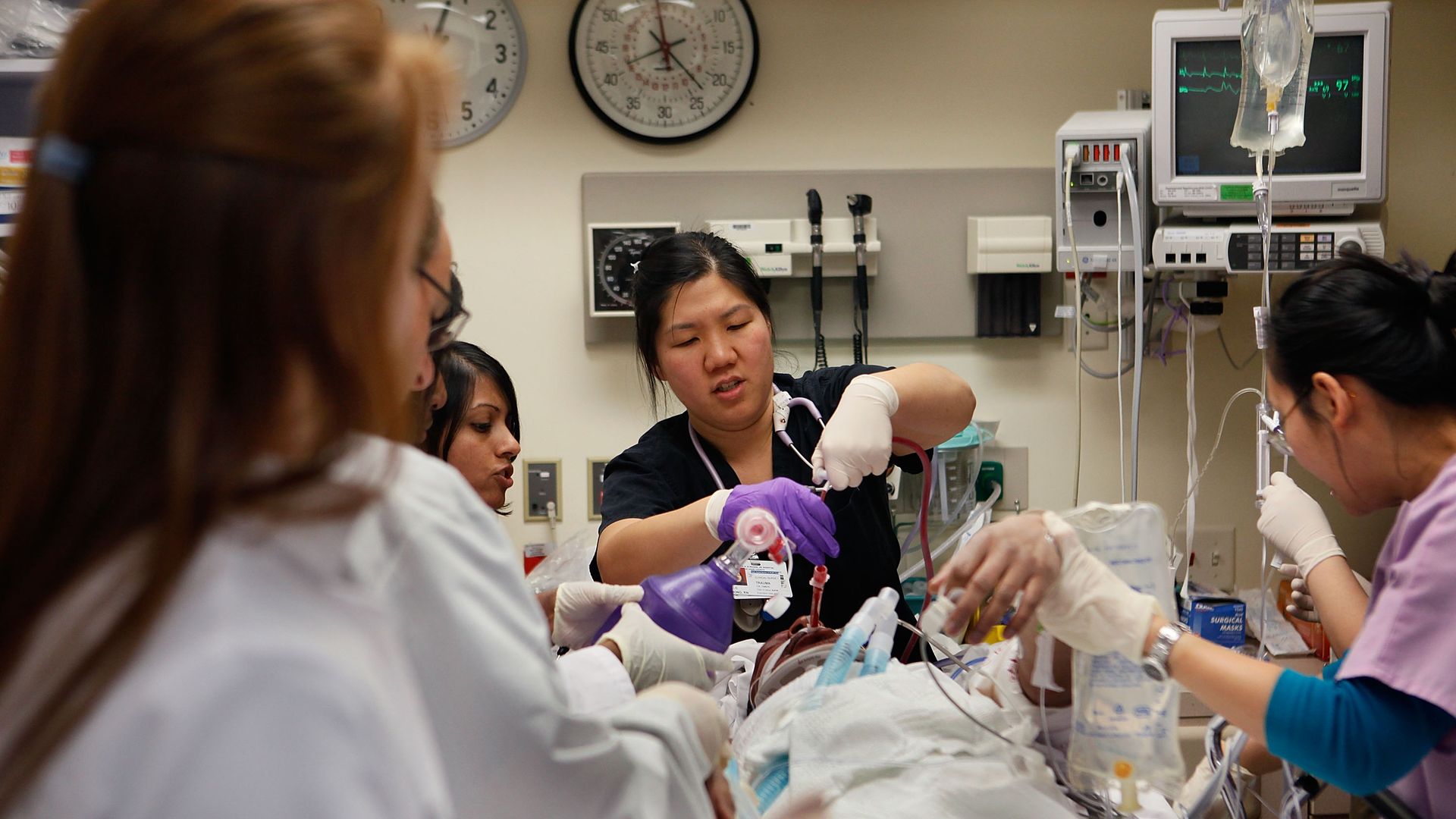 Large hospital systems and trade groups have vociferously criticized Democrats’ “Medicare for All” proposals, but rural facilities and public hospitals that treat mostly low-income patients are sitting on the sidelines of the debate.

Why it matters: Safety nets and many rural hospitals could hypothetically benefit under Medicare for All, but expressing support would put them at odds with their larger brethren.

Between the lines: The Partnership for America’s Health Care Future has become one of the loudest industry-funded voices against Medicare for All.

Yes, but: Some hospital constituencies aren’t part of the anti-single-payer lobbying.

The big picture: Hospitals that mostly care for poor and uninsured patients could see higher, more stable revenues if everyone had Medicare — a program that often pays higher base rates than Medicaid and infinitely higher rates than nothing at all.

The intrigue: “If you’re trying to solve the problem that we want to get everybody covered and we want to level the playing field between the hospitals that take care of the poor people and hospitals that take care of the rich people, Medicare for All is something we better take a look at,” Eric Dickson, CEO of UMass Memorial Health Care, told Politico.