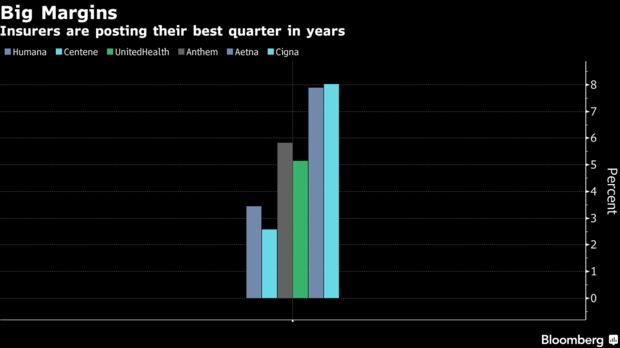 The executive order is expected to promote creation of skimpy health plans, which would undermine the PPACA exchanges, Moody’s reported. “The introduction of lower-benefit, lower-cost plans and short-term insurance would be credit negative for health insurers that are still participating in the PPACA-governed individual market. These new plans would incentivize healthy people to exit the PPACA market, which would increase risk in the remaining pool of insureds.”

The decision to stop CSR payments will also have a credit negative effect on commercial carriers operating on the exchanges, Moody’s reported. This negative impact will fall particularly hard on commercial insurers that did not submit rates for next year based on the assumption that the CSR payments would be eliminated.

Health insurance rates are set on a state-by-state basis.

There could be an “offset” linked to the executive order that would soften the financial blow for commercial carriers operating on the exchanges, Moody’s reported. “If the executive order succeeds in bringing more healthy but currently uninsured people into the small group or individual market, that could mitigate at least some of the order’s negative effects.”

Moody’s highlighted the PPACA-exchange risk exposure of four commercial carriers in today’s report, which lists the companies’ beneficiaries on the exchanges as a percentage of their total number of health-insurance beneficiaries: