Dietitians, physical therapists and other health care professionals at UC Davis Health say that, over nearly a year of bargaining, the university’s labor negotiators have been skipping sessions and have not offered raises of more than 2 percent a year.

Ahead of one bargaining session attended by a Bee reporter this spring, labor negotiator Dan Russell asked dozens of the rank-and-file members of the University Professional and Technical Employees-Communications Workers of America: “How does that offer make you feel?”

Voices rose above a murmur of discontent, yelling, “not good,” “insulted” and “disrespected,” among other things.

Physical therapist Rachel Hammond told the UC bargaining team that day: “You can go onto the Social Security Administration website, and if you average out over the last 40 years, the average (cost-of-living adjustment) is 4 percent per year, so your offer of 2 percent a year is garbage. … When are you prepared to give us a fair contract?”

Claire Doan, a spokeswoman for the UC Office of the President, confirmed that the university system had offered raises of 2 percent a year over the life of a four-year contract. She said administrators also had offered to sweeten raises for employees in certain classifications, based on local market wages, to help ensure that pay for UC health care professionals remains competitive.

“Despite multiple proposals presented by the university, it took union leaders months to finally respond with a counter-proposal,” she said in a statement emailed to The Bee.

“UPTE leaders are demanding double-digit pay increases that are unreasonable and out of line with what other UC employees receive: 16.5 to 22 percent over the term of the agreement.”

Doan said President Janet Napolitano and other UC leaders would have no further comment because they believe the proper venue for detailed discussion of wages and related issues is at the negotiating table, not the media.

While pay is a huge issue for the health care professionals in UPTE-CWA, they are just as concerned about what they see as UC’s attempts to treat them like second-class employees, said senior dietitian Greg Wine, a labor representative for 800-plus UPTE Local 6 UCD Medical Center employees.

One example is how the university system rewards UPTE-CWA health care professionals when it comes to holiday pay, said Brandon Sessler, a physician assistant at UC San Francisco. The union’s members receive overtime pay for just six holidays, while nurses get overtime for nine such days.

Respiratory therapists, physical therapists and other UPTE-CWA members are working side-by-side with nurses on those three additional holidays, he said.

Union representatives said UC negotiators have come to only six of 16 bargaining sessions.

Wine said UC Davis negotiators told him they are too short-staffed to show up, though he said they have done so for talks with the California Nurses Association and AFSCME 3299. The attendance record didn’t change, he said, until he voiced complaints to UC Davis Chancellor Gary May and UC Davis Medical Center CEO Anne Madden Rice.

“Our clinical lab scientists are working 16-hour, back-to-back shifts,” Wine said. “They don’t tell units that they are understaffed and we cannot perform their blood work. … We cannot say to the oncology ward or our cancer patients: ‘Because of our lack of staffing … we cannot provide any services to you for the next several months.’”

Wine and other UPTE-CWA members said their departments at UCDMC are severely understaffed because the university has a hard time recruiting since salaries aren’t comparable to Kaiser or Sutter in the Sacramento market.

Neurology dietitian Erin Lavin, a UC Davis graduate, said she came back to work at UCD because she had loved being part of research there during her years as an undergraduate and wanted to have the opportunity to continue doing it while also helping patients.

Lavin said she’s taught nutrition classes in the community and at UCDMC, but always on her own time, because UC Davis doesn’t offer her professional leave for that. That would be more palatable, Lavin said, if she at least earned as much as her peers at other local health systems.

“I want to be the best dietitian I can be, and I’ll never stop doing that,” she told UC negotiators, “but I would hope that you would also try to be the best you can be for me.”

Wine said that the university had offered to increase wage ranges for new hires in some occupations beyond the 2-percent-a-year offer, but they did not propose adjusting salaries for any current employees such as he and Lavin.

The university system wants to be competitive when it comes to labor recruitment, Wine said, but once employees are hired, the university has no mechanism to address market inequities in pay.

Wine and other UC union representatives said they are all facing demands from the UC president that would shift risk from the UC system onto employees.

The UPTE-CWA health care professionals contract, which expired in October, was one of the last of six UC labor agreements to lapse without prospect for settlement, Wine said. UPTE-CWA also represents technical workers and research-support professionals — roughly 15,000 UC employees in total — and both of those contracts expired in September 2017.

About 14,000 registered nurses at UC have been without a contract since September, when an extension ran out. They are represented by the California Nurses Association. AFSCME 3299 represents 24.000 workers in the UC system: Its patient-care workers saw their contract expire in December, and its service-unit agreement lapsed in June 2017.

All of the unions worry that UC wants to move new union hires into 401(k)-style retirement plans and away from the traditional pension that promises set income for retirement.

Pension money managers have traditionally outperformed 401(k) money managers, and although some companies have reneged on their obligation, most have proven to be more effective contributors to pensions than U.S. workers have been to their 401(k) plans. A survey of 2,003 adults by Northwestern Mutual found that one in five Americans have nothing saved at all for their golden years, and one in three have less than $5,000 put away.

With this sort of record, Wine said, Medi-Cal — and that means taxpayers — could end up paying to care for UC retirees who choose a 401(k) option. But this is not the only shifting of risk that UC is attempting during current contract negotiations, Wine said.

“They want to eliminate any cap on the shared cost of our health benefits, and they want to eliminate any cap on parking costs for their employees,” Wine said. “When you do that, what cost-of-living increase are you really getting?…Currently, we believe if we accepted the 2 percent and we accepted elimination of these caps to the costs of benefits and parking, we believe the employee would actually take home less (money).”

Both UPTE leaders and UC officials said they will continue talks in hopes of bringing negotiations to a close with a fair agreement. Wine noted that during the last contract negotiations with UC, however, UPTE-CWA members went nearly three years without a contract before an agreement was reached.

The nation’s not-for-profit healthcare sector has benefited from a boost in the funded status of its pension plans in fiscal 2017 due primarily to robust investment market returns, according to a report this week from S&P Global Ratings.

In the near term, S&P said a higher funded status should mean lower statutory minimum contributions to defined benefit pension plans, which could help overall financial profiles as operating performance in the healthcare sector has come under stress.

“However, the projected benefit obligation for many plans has continued to increase and many have had to contend with updated mortality tables, which more accurately recognize longer lives — which leads to increased pension liabilities,” said S&P credit analyst Anne Cosgrove.

S&P has tracked the funding levels of defined-benefit plans of not-for-profit hospitals and health systems since 2007, when, on average, they were at their highest level (at 90%).

Funded statuses declined sharply in 2008 and 2009, by 20 percentage points during the Great Recession and the cratering of global investment markets. After the recession, funded ratios were essentially flat at near 70% through 2012, despite hospitals’ healthy contributions to plans, S&P said.

Defined benefit plans at health systems all over the country are floundering under the combined weight of rising premiums, low interest rates, and an updated lifespan forecast from the Society of Actuaries. 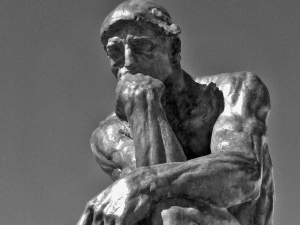